Greenlight > Games > pinkerator's Workshop
Greenlight is being retired. For more information on how to submit games to steam, refer to this blog post.
This item has been removed from the community because it violates Steam Community & Content Guidelines. It is only visible to you. If you believe your item has been removed by mistake, please contact Steam Support.
This item is incompatible with Greenlight. Please see the instructions page for reasons why this item might not work within Greenlight.
Current visibility: Hidden
This item will only be visible to you, admins, and anyone marked as a creator.
Current visibility: Friends-only
This item will only be visible in searches to you, your friends, and admins.
Black Sand Drift
Description Discussions0 Announcements2 Comments82 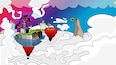 VinylFly
Offline
See all 4 collections (some may be hidden) 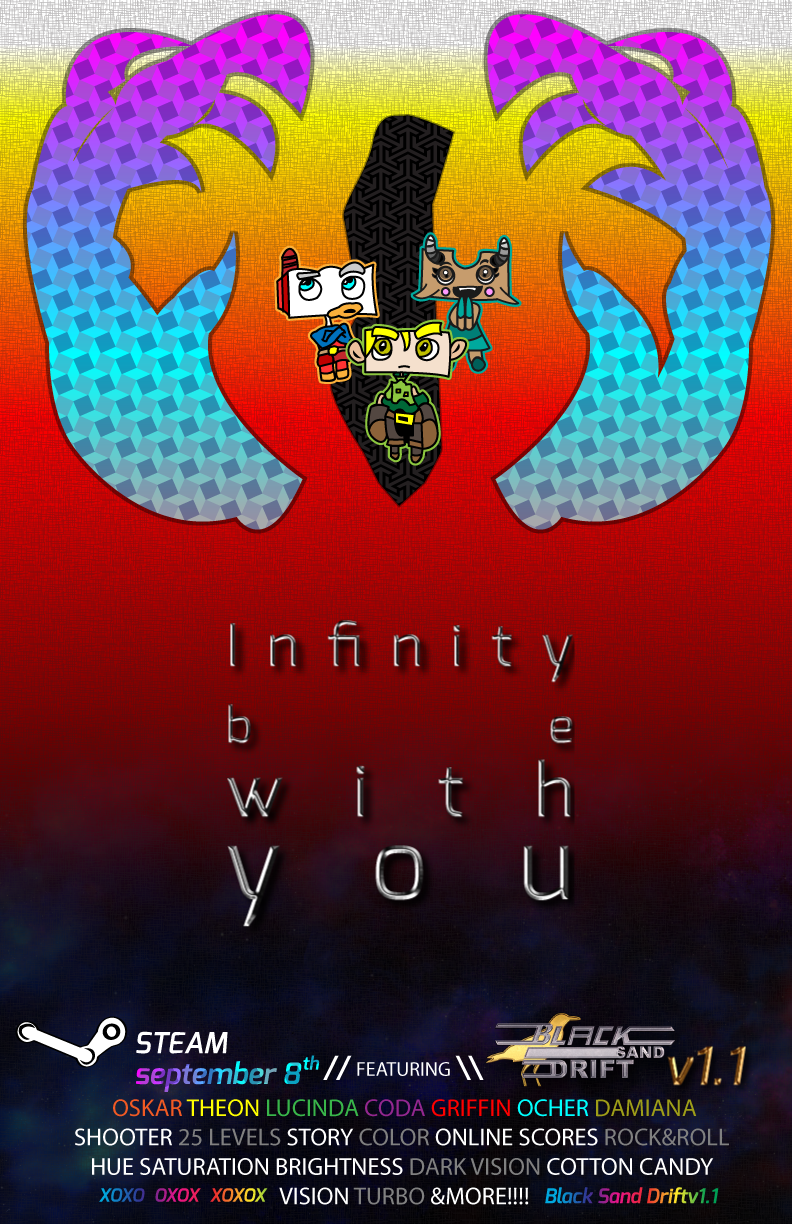 First off, I wanted to thank everyone for checking out the Greenlight page and contributing to the conversation so far. I figured I'd let everyone know how things are going and what I've been working on to enhance the game.

To do that, I first need to explain a bit more about what exactly Black Sand Drift is, and the philosophy behind some of the features already in the game. So here goes!

Beating a Level at Your Own Pace

In BSD, there are 25 levels with separate high-score tables--both local and online--and to give the player an alternative way to score big, once the level is technically beaten, there are two way to proceed from there. The player can either fly north to exit the area and advance to next level, or remain on the level and wait for more waves of enemies to destroy and increase the score. In most cases, the enemy waves will act differently or spawn faster and faster until you either die, or decide the risk is too much and leave the level as noted above. So even if you beat a level, if you don't actually leave the level, you risk death and the need to restart it from the beginning. I often suggest that when you beat the level for the first time, just get the heck out of there to move on, because you can always replay it later by pausing and selecting previous beaten levels.

Is a level holding you back? Are you ready to just quit and go play "Simulator Simulator 2016"? Well, before moving on, consider cheating! By pressing "C" in game, a blue capsule falls from the sky, and when collected, it significantly adds to the Level Meter, which needs to be filled to beat a level. But hold on! Because it's built into the game this way, you still need to play the game--shooting enemies, avoiding bullets, etc.--to collect the capsules. Of course, playing this way will set your score to 0 each time you collect one. But if you just want to move on to see what else the game has to offer, it's still a perfectly fine choice.

Skip the Things You Want to Skip

The game was created and plays normally at 30 frames-per-second. But for the fun of it, I added a "Turbo Mode" where you can play the game at 60 FPS; you can toggle this by simply pressing between the "6" key and "3" key. There is no advantage to this, but it's fun to mess with.

So that's that, for now. I'll dive deeper into other features in a future update.

The reason I highlight these specific features, is that they help describe part of my philosophy for the game, which is, "play how you want to play". I know a lot of games claim this, and usually disappoint at some point when you discover the inevitable limitations of the game world. Having said that, obviously the same applies here; I'm trying to give the player a means to mess with the game, but it doesn't mean the game is a giant sandbox, either. So with that, here is what I've been doing the last few days.

While thinking about what colors to change and how best to implement a complete color-makeover, it dawned on me to maybe give the player a chance to mess with that too! You can see in the image above that the color goes from super-saturation to completely nothing. And this can be altered on the fly, back and forth, 100% saturation and everything in between.

I want to make it clear that THIS IS NOT the answer to the common observation about the game that the colors don't have any sort of coherent vision. This is just something that was inspired by those valid criticisms, and quite frankly, I was just having a bit of fun :)

Currently I'm working with several different tools that help with finding correct colors and matching them appropriately, etc., so I'm still on the case of the icky colors. I'm also working on new sprites and animations. I'll post more about that when I've made a bit more progress.

Thanks folks, see you around Steam!

Kerry Olson
Read More
Description
Release date: 2016
For over 300 years, the five planets of the Kotiro galaxy and its citizens have struggled under the heavy hand of maniacal, mechanical bots called Spiral. As the metallic army's relentless pursuit of the resource Black Sand begins ramping up exponentially, a few brave heroes decide to fight back.

Enter Black Sand Drift: A wholly unique shooter built from the ground up with the PC in mind. So what makes this SHMUP stand out from the crowd? Well, to begin with, there is a heavy emphasis on characters and story; and through the 25 levels spanning 5 different locals, the dialog driven narrative will play out with lots of interesting and strange revelations culminating in a spectacularly whimsical finale.

Created with the keyboard in mind, using the WASD in combination with the SPACEBAR feels tight and responsive; a must for any game challenging you with leaderboards. And because there are 25 separate local and online boards to tackle, you will appreciate the smooth controls. The ARROW keys are also available as an alternative; however, no controller inputs are supported at this time.

The music consists of 25 tracks—1 for each level—featuring guitars, bass, drums and vocals; a rarity for such games of the same creed. Every aspect of Black Sand Drift has been intentionally tweaked to present you with something wholly unique from anything you've played before.

Between the music, controls, graphics, breadth of story and overall experience, I hope you find something here that truly inspires and evokes the emotions we all crave as dedicated gamers. Thank you for checking out Black Sand Drift!

The Tilda’s default weapon's system fires an automatic stream of bullets, giving the player a means to fight the deadly Spiral forces. However, this is not the only weapon at your disposal; there are also 15 powerful Special Weapons spread out among the 25 levels.

For every level you beat (without cheating), you will unlock a special image accessible from the main menu; everything from concept art to alternate versions of characters and more, all straight from the pages of our sketchbooks.

Мясник Sep 22, 2016 @ 12:15am
I'm an HR Manager of the group doing the translation. I propose to translate your game to Russian language in a short time and low price. Write on e-mail mannegreim0@gmail.com or in PM

Thanks for stopping by and voting, it really means the world to me! I've been hard at work tweaking the game and adding new features, so I want everyone to know I'm trying my best to make the most unique and fun 'SHMUP' I possible can. FUN is the primary benchmark I'm using when making all decisions going forward--and that may seem like a common sense thing to do anyway--but I really want folks to enjoy playing this game as much as I do. In the coming days, I plan on posting a bit about what I'm prioritizing and how I see things moving forward. I'll be in touch :D

Black Sand Drift has been Greenlit and is now listed in the Steam store. For the latest information, purchase options, and discussions for Black Sand Drift, please see it on the Steam Store or in the Steam Community.
Visit Store Page
For more details Visit Community Hub
For latest discussions
If you really, really want to, you can continue to the Greenlight page. Information on this page may be out of date, since all the action has moved to the areas noted above.