Greenlight > Games > Citadel Studios Inc's Workshop
Greenlight is being retired. For more information on how to submit games to steam, refer to this blog post.
This item has been removed from the community because it violates Steam Community & Content Guidelines. It is only visible to you. If you believe your item has been removed by mistake, please contact Steam Support.
This item is incompatible with Greenlight. Please see the instructions page for reasons why this item might not work within Greenlight.
Current visibility: Hidden
This item will only be visible to you, admins, and anyone marked as a creator.
Current visibility: Friends-only
This item will only be visible in searches to you, your friends, and admins.
Legends of Aria
Description Discussions28 Announcements2 Comments481 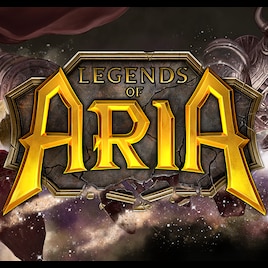 View Legends of Aria in the store

Washington DC - October 4th, 2018 | Today, Citadel Studios is proud to announce that its flagship sandbox MMORPG Legends of Aria will be coming to Steam Early Access on December 4th, 2018. The wait is finally over, and the world of Aria is almost ready to be explored by all. All those who pre-order the game between now and December 3rd will be able to take part in the 7-Day Head Start and obtain all of the other Founder’s Packs bonuses, including the chance to lay claim to their own plots of land and build their homes before anyone else.

“It’s hard to believe it’s been four years since we began this journey,” said Citadel Studios Founder Derek Brinkmann. “So much has changed since then. We’ve gone from making a smaller scale online RPG to making the large-scale full-on sandbox MMORPG we’ve been dying to play since Ultima Online, Dark Age of Camelot, and EverQuest first made us all believers in the genre years ago. We’ve got even more content and additions planned for the future of Aria, but we’re just excited to finally open the doors and see what the players will do in our world this December.”

Legends of Aria is the spiritual successor to classic MMORPGs - a massive, player-run world in a modern and beautifully realized setting. It’s a return to the sort of game where player choice and freedom is paramount, where hand-holding and gear scores have no place.

Take a look at the Steam Launch Trailer revealed today. It highlights some of the many different roles a player can take on during their time in Aria:

Discover a world forged by players, where your choices write the story. What role will you play?

As a part of our pre-launch celebration, we’re holding several contests leading up to the December 4th go-live date. The first contest asks players to submit an answer to the question “What role will you play?” You can also sign up for our Newsletter to gain automatic additional entries. The winner will receive an ASUS GeForce GTX 1080 8GB ROG Strix Graphics Card and a Lord Founder’s Pack to Legends of Aria. Two Runners-up will receive Lord Packs of their own to play come launch day.

A Living, Breathing MMORPG: Explore a true open world without limitation. Build, explore and adventure with thousands of players in a living breathing world defined by you.

Skill-Based World: Legends of Aria returns to a true skill based system. Build your character your way, be you a crafter, adventurer, merchant or humble fisherman. Hone your skills through use and play your way with a choice of over 32 unique skills.

Return to a True Sandbox: Legends of Aria is inspired by the original sandbox MMORPGs. Experience a world that does not hold your hand. A world that is driven by you and shaped by our community. A world of dangers, where friendships, enemies made and your actions written into legend.

Community Servers and Modding: The first MMORPG to fully support player run servers. Legends of Aria is designed to be modded from top to bottom including custom gameplay rules, custom content and even entirely custom created worlds.

Throughout the greenlight campaign we will be giving away 7 day pre-alpha trial keys to people on our mailing list. If you want a chance to win of of these keys, you can sign up here[shardsonline.com].

If you don't want to leave it to chance and you want to get permanent access to the game (including after Steam launch) you can pledge your support 40$+ to the project on our pledge page[shardsonline.com].

Read More
Description
Release date: Late 2016 (Early Access)
WHAT IS LEGENDS OF ARIA?
The former leads of Ultima Online invite you to the next chapter in living Massively Multiplayer Online Roleplaying Game worlds.

Become a creator of worlds. It’s the first MMO that legitimately allows you to host and create customised player run shards. Customize every aspect of your servers’ gameplay experience from character development, to combat, to items and equipment, to monsters and AI.

Legends of Aria is breaking away from the modern MMO conventions of levels, classes and quest grinds. Instead, we are returning to living virtual worlds where stories emerge naturally as players explore the worlds laid out before them. Whether you wish to build an empire, delve into the darkest dungeons or build a thriving roleplay community, Aria is a land of endless opportunities to truly live in our world.

Lawful lands and well travelled roads offer sufficient protection for those who choose a lawful existence. Those who venture into the lawless lands seeking plunder and precious materials risk the slight hand of thieves, or worse... The land of Aria offers a home be you good or evil.

We are initially targeting the PC platform, and plans for a Mac and Linux launch are in the works. When you purchase the game, you will be able to play on official or player run servers and run a single ‘shard’ with no additional cost or subscription fees. Players will be able to form massive servers by connecting their self-hosted worlds together using a ‘cluster server’ hosted by Citadel Studios. These servers, when marked public, are listed in-game for all players to see and join.

Legends of Aria is the first game that legitimately allows you to run and moderate your own game worlds with the potential to support thousands of users at one time. Ultimately, Citadel Studios isn’t just creating game that fosters a player community, instead, they are giving our players the tools to create their own in-game communities.

Early Access Feature Highlights (late 2016)
Player Housing – Claim you house plot anywhere in the world by obtaining one of the 13 housing blueprints currently available in the game. You have complete control over the items placed in and around your house including furniture, crafting tools, and lockable storage containers.

Skill Based Character Development - Your skills gain naturally as you use them. With over 20 skills already in the game and more being added each release.

Deep Storylines and Lore - The inhabitants of the worlds in Legends of Aria are full of knowledge and stories of the struggles between mortals and the many races of gods.

Crafting – Metalsmithing, Woodsmithing, Fabrication and Alchemy are functionally complete. A grand total of 144 recipes are available for crafters to use to create items!

Animal Taming – We currently have 20+ tameable creatures that not only respond to your commands but also age and gain skill the longer you keep them.

Combat – We have a completely tactical and skill based combat system with 15+ combat abilities, 20+ spells, and 10+ skill based abilities.

PvP - Outside of the guard protected areas of the world, PvP is completely unrestricted and players must stick together to protect each other from the forces of evil. The penalty for death ranges by server rules from a slap on the wrist to full loot.

Catacombs Dungeon - Catacombs is a massive 3 level dungeon that changes configurations every few hours. The dungeon is filled with traps, terrors and epic loot for players to explore and hunt.

Boss Battles – Test your mettle against one of our many nasty bosses: Forest Ogres, The Cultist King, The Spider Queen, The Greater Demon of Kho, The Greater Dragon, The Guardian of the Void, and Death.

Titles – In addition to the title you earn from your pledge level, players can also earn in-game titles. There are currently 150+ titles available including titles like “Leader of the Revolution” and “Bane of the Dragon Age”.

Faction System – There are two factions struggling for control of Celador, The Villagers and The Cultists, by completing tasks for them you can gain faction which gives you access to titles, additional tasks and access to special areas of the map.

Guilds – Players can come together to form guilds that can claim their own lands and even go to war with other guilds.

Character Customization – The first pass on character customization is complete which allows you to choose from several skin types and hair styles for both male and female. You can also change your hair color.

Community Servers and Modding – 24/7 community servers running with custom created content. (NOTE: Some aspects of modding will not be available until after Early Access release)

Learn more and pledge for instant access at http://legendsofaria.com
Popular Discussions View All (28)

Shit is Real Aug 14, 2018 @ 4:39am
@AlexTheFiend Bro that server took my virginity! I have seen a video on youtube if there was a UO with Old Oskom Mechanic and hardore and it blow my mind!

Rinzler Mar 3, 2018 @ 9:05am
if your wanting regular updates visit the main website, forums, and sign up for news letter. https://www.legendsofaria.com/news/ . They dont post on steam regularly yet

RobinHood126 Dec 31, 2017 @ 1:50pm
Loop, if you're only looking for info on steam, you'll be out of luck. There's a pretty constant discussion going on at the official Discord, also you should check out their round tables for the newest info.

LoopyB Dec 28, 2017 @ 10:24am
Steam lunch will ever happen? I mean, when you look at this progress objectively, you see that since 2014, this game is trying to lunch itself in the steam. There are no announces regularly, neighter much people are discussing things in here... It smells like "pledge dollars for nothing". Please tell me the reverse because me and couple of friends want to hold on this game and its a big deal... But it looks like this game will never get into the Steam. Citadel studios even cares for it?
< >

Legends of Aria has been Greenlit and is now listed in the Steam store. For the latest information, purchase options, and discussions for Legends of Aria, please see it on the Steam Store or in the Steam Community.
Visit Store Page
For more details Visit Community Hub
For latest discussions
If you really, really want to, you can continue to the Greenlight page. Information on this page may be out of date, since all the action has moved to the areas noted above.