Store Page
Cortex Command>  Workshop > AbsoluteZeroHero's Workshop
This item has been removed from the community because it violates Steam Community & Content Guidelines. It is only visible to you. If you believe your item has been removed by mistake, please contact Steam Support.
This item is incompatible with Cortex Command. Please see the instructions page for reasons why this item might not work within Cortex Command.
Current visibility: Hidden
This item will only be visible to you, admins, and anyone marked as a creator.
Current visibility: Friends-only
This item will only be visible in searches to you, your friends, and admins. 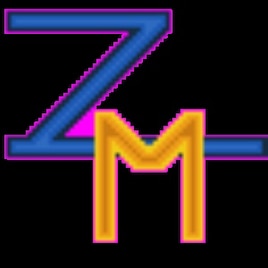 This item has been added to your Subscriptions. Some games will require you to relaunch them before the item will be downloaded.
In 1 collection by AbsoluteZeroHero
Mods I have Updated and released on Steam

55 items
Description
Created by Blaze200038 updated by me.

When the Coalition began exploration of space, there were two munitions companies facing off to be picked as the Coalition supplier. One was Zeffram Manufacturing, a company focusing on utilizing cutting edge technology to produce the deadliest weapons possible. The other, not named for security reasons, focused on loud noises, big explosions, and sticking to old gun principles. The second won the contest, merely because it was easier for the leaders of the Coalition to make sense of.

While the Coalition went off to do its thing, the Zeffram Munitions Company (Now, Zeffram Manufacturing) nursed its wounds and continued what it had always done-.

Lappland Aug 4, 2016 @ 10:32am
works just fine for me but the faction seems a bit underpowered. I needed a two whole magazines of the factions Assault rifle to kill one heavy coalition guy IN THE HEAD.
On the other side one of the weapon even one hits the heavy browncoat

Deathslayer2481 May 27, 2016 @ 6:04pm
well map pack 3 works when i dont have this installed, so id suggest fiddling with that certain problem sign. Though i have no idea how to code.

AbsoluteZeroHero  [author] May 27, 2016 @ 5:36pm
Did you follow the install instructions for map pack 3 just to make shure. If not then I will see what I can do.

The last frame has been dumped to 'abortscreen.bmp'

Checked it again, did not work.