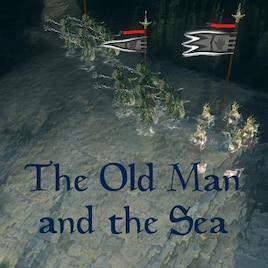 Eomolch
Offline
See all 345 collections (some may be hidden)
You need DLC to use this item.

This item has been added to your Subscriptions. Some games will require you to relaunch them before the item will be downloaded.
Description
This mod aims to enrich the water content of the game and increase the relevance of sea units and ships. This is the 2.00 version of the mod which is now featureing an additional sea dwelling as well as mythical city upgrades for the new water structures. There are however still going to be balancing changes and probably some polishing of the existing content as well as possible additional features.

– harbors now heal boat units on the coresponding hex by 20% of their hp per turn
– working boats have repair machine
– mariner’s guild now additionaly grants mariner to irregular units; human irregulars gain hurl net instead
– war ships recruitment cost is increased by 40 gold each since their value has dramatically increased

– working boats appear on land in the city build preview
– working boats are human for all races (I wanted them to be non-racial but only racial units can construct outposts; if I made one version for each race there would be unwanted side-effects like dwarven working boats being able to traverse mountains…)

Eomolch  [author] Oct 25, 2021 @ 11:37am
Hey Gladen, thanks so much for making a compatibility patch for my mod and even answering comments here for me basically.

I have to admit I never really had the motivation to update this mod after the poseidon patch dropped - especially since for the most part it still worked fine. It was always on my radar to eventually look into, but never got there. Maybe around Christmas I'll find some time for modding again - if I do and have some questions along updating my mod, I'll get in contact with you ;)

I understand the concern about mod usage. I may reduce the number of mods and only standby with the main mods where Dark Elves would be removed which is -2 mods. The system with stackable mods is not ideal perhaps I realize. The main reason is it's a lot of work to make things compatible with each other since the issue is in the random map generation which is the biggest part of the game which many players still enjoy. The most popular mods "back in the days" were often this mod, Corrupt the Source, Dark Elf among others. To make them work together with other big mods like Wasteland Expansion and Shadow Realm Expansion was one the main targets to bring life into mods that were made before 2018.

I think it's absolutely worth trying the mods, it's well worth the time investment despite that I'm involved in most compatible patches around and given you an opinion that is somewhat biased. :)

The only reason I ask is I notice the patch requires 9 mods itself. I'm hesitant to install a ton of mods only to make one mod work which itself exists to fix another.

Hence wondering how severe the issues are. But random crashes are bad enough for me, which sounds to me that if I want high quality marine content I shall need your patch and thus the accompanying 9 dependencies. Thank you.

It does but can crash upon generation of map in some settings. I created a compability patch for this mod, fixed a few things that was conflicting with random map generation like Oyster Reef and added unit description for some units in this mod that never had it. Then made a compability with all sea content towards Shadow Realm Expansion.

I would gladly share my resources and knowledge with Eomolch to fix broken stuff, but its not up to me to decide this. In general no one is forcing you to use a patch. Enjoy mods and have fun

Frikster Oct 14, 2021 @ 4:51pm
"Originally, The Old Man and the Sea mod was done in 2017 and left since then. The author Eomolch made an interesting mod that filled the seas with new water content and increased the involvement of naval units to be more relevant. However, the mod suffers greatly from issues since the main game was patched up to version 1.8 making several parts of the mod outdated and become malfunctioning. Especially since the developers added their own Water Fortress making some of the features in the original mod a bit redundant. Along with the arrival of Oyster Reef's as well, it broke the water content further, as well as breaking the continent settings in the random map generation."

^ Got this from a patch page for this mod, but I have to ask: does the mod work even without the patch?

Timujin Jun 6, 2020 @ 11:58pm
Is this compatible with Empire Building and Chivalrious Intentions mods?

BOT May 10, 2020 @ 12:24pm
First I'd like to praise this mod as pretty rad.
Second, I also can't seem to settle water cities.
Third what did ever happen to the decodence compatibility patch?

dmcf Mar 22, 2020 @ 4:31pm
Also P.S don't suppose there's any chance of a compatibility patch to make the elf corsairs from the Chivalrous Intentions mod work with this one? Currently because both edit the harbor building and it requires a harbor to recruit corsairs, you can't recruit them while using both mods.

dmcf Mar 22, 2020 @ 4:29pm
Generally like this mod a lot. The one thing I don't like is the Triton Lords , as when playing single player against the AI it recruits as many as it can possibly get and sends them onto land. They can be beaten. but it's difficult and kind of ruins the atmosphere if no matter what class or race of enemy you fight they have lots of Triton lords. My suggestion would be make them unable to leave the water, and maybe nerf them a bit, as even for tier IV, thunderstorm, projectile reflection and static shield at elite seems a bit much along with fire and lightning resist (maybe remove their fire resistance). That's a minor grumble though. Thanks very much for making this.
< >