Store Page
Stellaris>  Workshop > Ryuichiro's Workshop
This item has been removed from the community because it violates Steam Community & Content Guidelines. It is only visible to you. If you believe your item has been removed by mistake, please contact Steam Support.
This item is incompatible with Stellaris. Please see the instructions page for reasons why this item might not work within Stellaris.
Current visibility: Hidden
This item will only be visible to you, admins, and anyone marked as a creator.
Current visibility: Friends-only
This item will only be visible in searches to you, your friends, and admins. 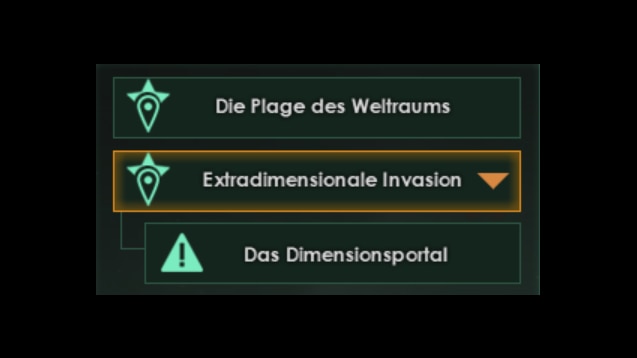 Ryuichiro
Online
See all 9182 collections (some may be hidden)

This item has been added to your Subscriptions. Some games will require you to relaunch them before the item will be downloaded.
Description
Simple:
You can encounter multiple crises in one game.
One specific crisis can't happen multiple times.
Multiple crises can't happen at the same time.
The mod doesn't force all crises in one game it only makes it a thing that CAN happen.

Detailed:
By default only a single crisis can occur per game. If the AI Rebellion is triggered, then the Prethoryn Swarm will never invade and vice versa. This restriction still exists in 3.0, simply search for "has_global_flag = galactic_crisis_happened" in the "crisis_trigger_events.txt" file.
This mod replaces this general flag with one for each specific crisis and a "galactic_crisis_happening" flag, which makes it possible that every crisis happens in one game, one after another.

PINNED: How to force all crises in one playthrough
Ryuichiro

Ryuichiro  [author] May 18 @ 4:34am
With my mod the option no longer disables other crises, but it still increases the chance for the chosen crisis.

KRT™Meldarion May 18 @ 2:30am
How does this work with the Galaxy Creation Option to select your crisis or leave Random? What do I do there?

Mysterius May 6 @ 3:29am
So, as I said, simply adding "galacic_crisis_happening" and "extradimensional_invasion_happened" to my save worked perfectly.

When the Unbidden were defeated, "galactic_crisis_happening" was removed by your mod and the AI invasion was triggered a few years later.

Mysterius May 5 @ 8:06am
xD you're lucky nobody saw that. Let's say it never existed :D.
I'll try my solution then, and pray for it to work !

Ryuichiro  [author] May 5 @ 7:19am
I leave the set_global_flag = galactic_crisis_happened lines in, so the mod can still trigger special events of other mods which use that flag.

Ryuichiro  [author] May 5 @ 7:16am
xD looks like I regressed somewhere, that line 33 should be commented out.

Mysterius May 5 @ 6:22am
There's something I don't understand though. On line 33 you check "has_global_flag = galactic_crisis_happened" and you set it when each crisis triggers (line 99 for example) but you never remove it afterwards. I'm failing to understand how the script can trigger multiple times then.

Mysterius May 5 @ 6:13am
Yes that's the conclusion I reached while reading your code yesterday.
I already have the galactic_crisis_happened in my save and I know it's the Unbidden. They have not yet arrived (as you said, they are only silently triggered at the moment).

I'l keep you updated about the success (or critical failure) of my attempt.

Ryuichiro  [author] May 5 @ 4:04am
Noteworthy "is currently active/ongoing" means their event chain was triggered, which happens multiple years before they actually appear in the galaxy.
< >