Greenlight > Games > Cooply's Workshop
Greenlight is being retired. For more information on how to submit games to steam, refer to this blog post.
This item has been removed from the community because it violates Steam Community & Content Guidelines. It is only visible to you. If you believe your item has been removed by mistake, please contact Steam Support.
This item is incompatible with Greenlight. Please see the instructions page for reasons why this item might not work within Greenlight.
Current visibility: Hidden
This item will only be visible to you, admins, and anyone marked as a creator.
Current visibility: Friends-only
This item will only be visible in searches to you, your friends, and admins.
JOLT: Super Robot Racer
Description Discussions0 Announcements1 Comments33

Cooply
Offline
See the collection (may be hidden)

Hey Everyone, Thanks for your Feedback and Support!

When we started development, we aimed to create a game that would be enjoyable for both players and spectators, of all ages and skill level. This lead us to create the titular mechanic the 'JOLT'. The JOLT's versatility allows it to work iteratively across multiple game modes. 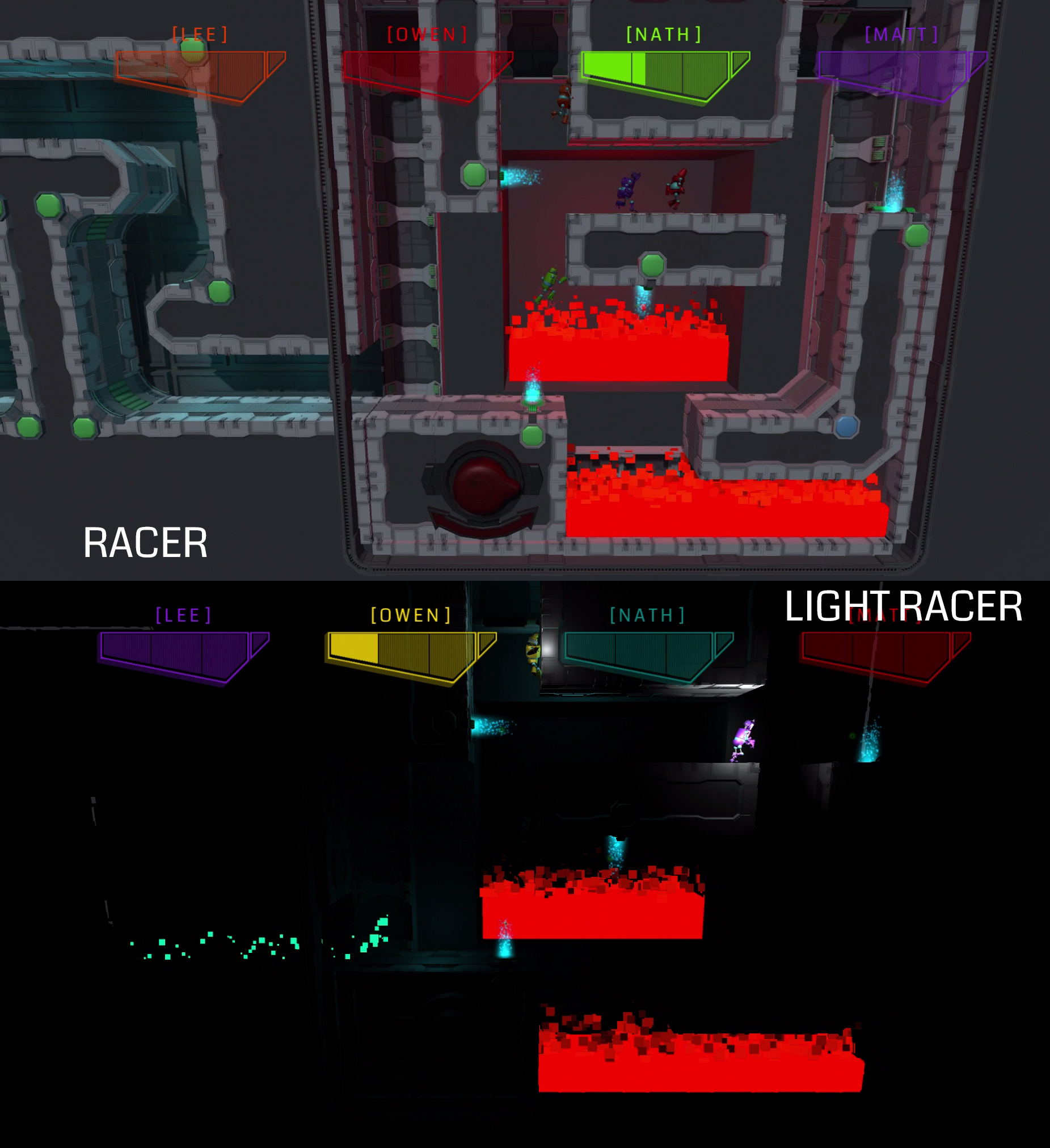 Our current game modes include Racer, which is the standard mode you've seen in most of the video, The Light Racer (As above), a game mode where the levels become dark and the player in first position has a light attached to them. From the Image above, you can see how the same section of a level can be so drastically different in the dark. Lastly, are the Eliminator Modes - The Big Wheel and The Conveyor (Image below). In the Eliminator modes, the game changes from a race to an endurance test, where the winner is the player who can survive the longest. 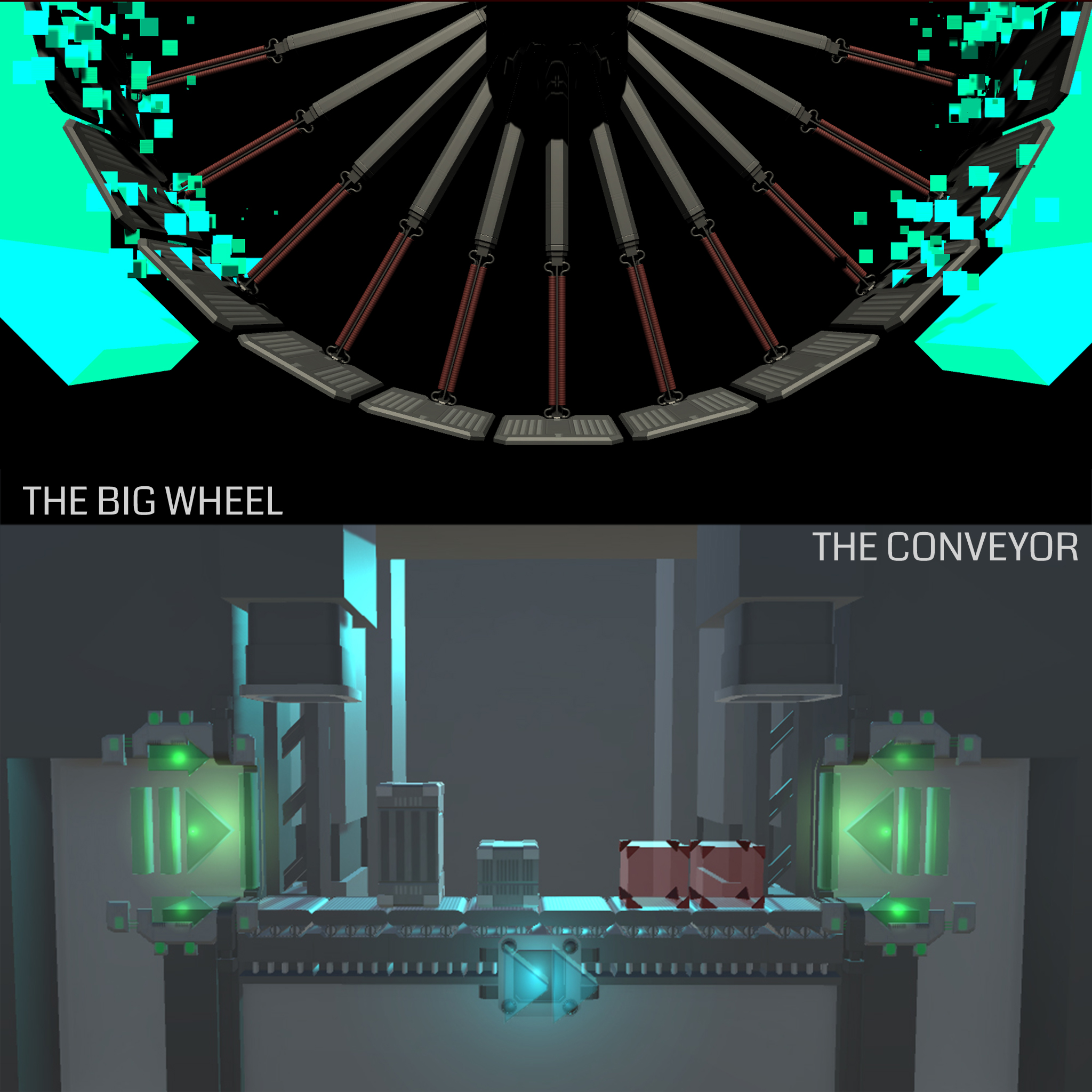 We’ll be updating the page with more announcements of VOID Powers, Game Modes and Levels soon! Here's a sneak peak to wet your appetite! 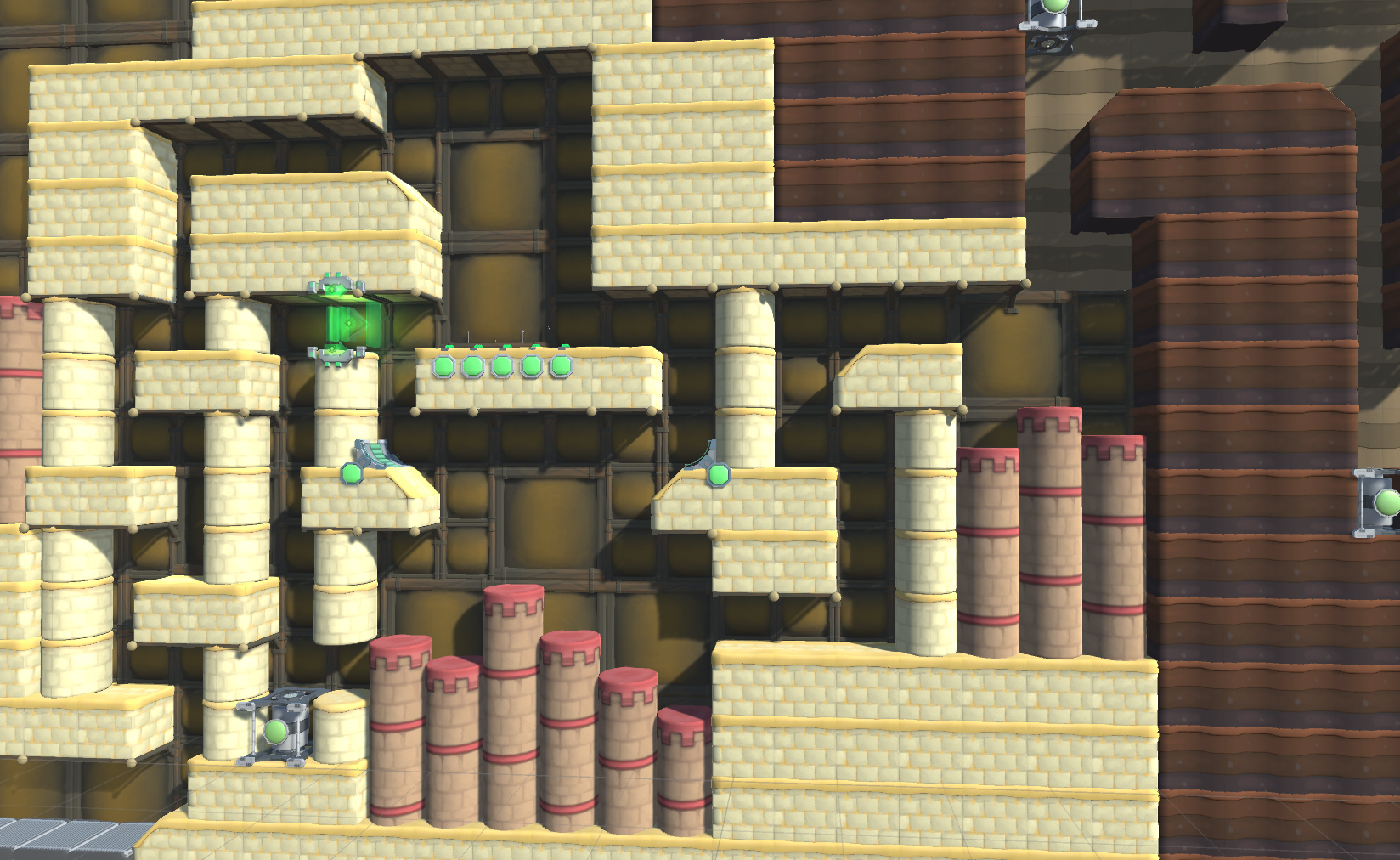 We want to bring players a fast paced, racing platformer; that’s simple premise and controls, but complex in execution, especially with players changing the level on the fly. This is a game that can be played and enjoyed by anybody at the core. But only mastered by the most skillful, who are able to use momentum and the Jolt, in tandem.

JOLT is a fast paced, racing party game. The game at its core is a competitive platformer that’s all about maintaining momentum with skilful navigation. The players compete to be the last robot standing. Using a charged burst of speed called the JOLT, and an array of different objects in the environment; your goal is to outperform or outright sabotage the other racers. Eliminated players are down but not out through the use of the VOID, a random Sabotage Power-Up that allows players to initiate revenge and change the outcome of the race!

The JOLT is a player's primary utility to winning the race. It has 3 stages of charge, each one taking longer to store but each allowing you to shoot considerably further. If the player can time its use correctly; they can use it just before a curve to shoot up a wall or

Once eliminated, a player has the opportunity to execute the VOID. After punching in the correct sequence, the VOID player is gifted a random Power-Up to inflict mass-disruption to the existing racers.

The game features multiple Game Modes; Racer is the standard and most game modes are based off this, such as Light Mode (where the level is dark and the leading player has a light attached to them) and Bomb Mode (Where a player is assigned a bomb and the only way to remove it is to pass it to another player).

I'm will record the video by your JOLT game, and you to me in return 1000 of keys

These I raffled among his fans

Cooply  [author] May 24, 2016 @ 4:20am
Thanks for all of the feedback and votes! We know there are a number of other games which focus around a platforming party genre. But we feel with our game modes, along with the Jolt and Void mechanics; we are able to offer a different experience for you to enjoy, as well.

We will be adding more screenshots and videos to help explain these in more detail!

Thanks again for the feedback and support.

Game Development Championship May 23, 2016 @ 5:04am
It might be a good idea to provide an explanation on how your game is different from Speedrunners, to make sure consumers do not think they are merely copies of each other?

JOLT: Super Robot Racer has been Greenlit and is now listed in the Steam store. For the latest information, purchase options, and discussions for JOLT: Super Robot Racer, please see it on the Steam Store or in the Steam Community.
Visit Store Page
For more details Visit Community Hub
For latest discussions
If you really, really want to, you can continue to the Greenlight page. Information on this page may be out of date, since all the action has moved to the areas noted above.