Greenlight > Games > Ste's Project's Workshop
Greenlight is being retired. For more information on how to submit games to steam, refer to this blog post.
This item has been removed from the community because it violates Steam Community & Content Guidelines. It is only visible to you. If you believe your item has been removed by mistake, please contact Steam Support.
This item is incompatible with Greenlight. Please see the instructions page for reasons why this item might not work within Greenlight.
Current visibility: Hidden
This item will only be visible to you, admins, and anyone marked as a creator.
Current visibility: Friends-only
This item will only be visible in searches to you, your friends, and admins.
Our Hero! Hyper Sword
Description Discussions0 Announcements9 Comments37 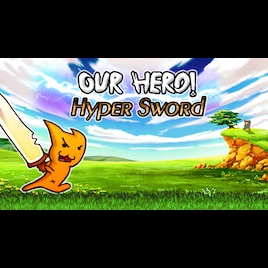 Ste's Project
Offline
See all 6 collections (some may be hidden)

View Our Hero! Hyper Sword in the store 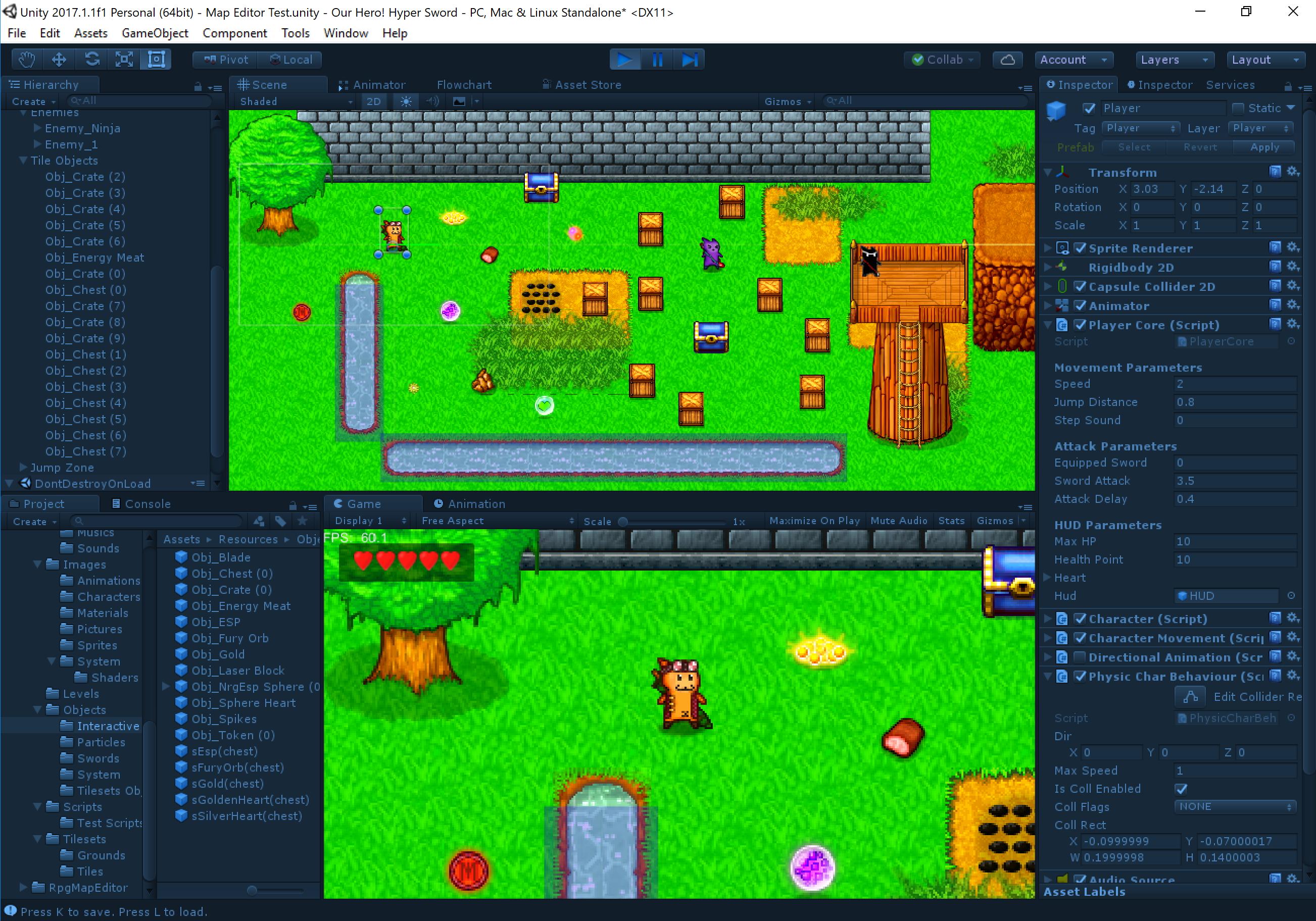 It's been so long since I wrote my last news! Okay, I had my holidays in the meanwhile, but Our Hero! Hyper Sword keeps going on! 3 months ago I said that the essentials of the game was ready, i.e. Ourhero could walks, runs, jumps and gets followed by a camera. It was 6 months ago when I decided to leave RpgMaker MV in April, to move the development of Our Hero on Unity. Six long months!! And today, finally, I can say: the structure of the game is ready! All the characters movements, the battle system, animations, HUD, movement scripts, interaction scripts, a map editor even better, ninja towers: looks like we have it all! So it's time to start the real Ourhero's adventure which will be definitely better than the demo released in May. Maybe someone expected something more from me, but, hey, in 6 months I've been learning to programme in C# and how to use Unity 😆. It was not that easy at all, but today I am pretty proud about the results achieved, and now I'm ready to re-start again. I promise you: next time I will post a in-game screenshot it will be not a jumble of tiles and random objects, but a real level! 😁 See you soon! ;)

The new demo of Our Hero! Hyper Sword is available now!
Enjoy!
https://www.indiexpo.net/games/our-hero-hyper-sword

Read More
Description
Release date: 2018
What is "Our Hero! Hyper Sword"?
Our Hero! Hyper Sword is set to be the "next step forward", culminating ten years of developing games from Ste's Project, bringing together pleasant and professionally-drawn graphics with engaging and fun gameplay.

All game assets, including character sprites, game objects and maps, are being hand-drawn by Ste. Also, development involves using more advanced tools and program, allowing the development team a higher degree of freedom in design.

"Our Hero! Hyper Sword" involves seamlessly alternating Hack'n'Slash and platforming sections, with free-to-explore environments dotted with secrets to collect and enemies to fight in frantic real-time battles, each guarded by armored and evasive boss which require timing and tactics to hit in an opening.

Add to that a light-hearted story starring the signature characters of the series, and a game experience within the reach of anyone, thanks to the adjustable difficulty level, providing an easy experience for the more casual players as well as a truly hardcore challenge for those who really want to put their skills to the test.

Lastly, the game's main focus will be the single-player Story Mode. Depending on the demands and suggestions of the backers, more game modes may be added in the future.

THE GAME
Are you itching to cut down a swathe of baddies, with your back stretched and a giant sword in your hands? The King is in need of help, and you've been trusted with the task of making a stand for the entire world!

Step in the shoes of the Ourhero, arm yourself with your trusty Revolt Sword, and set off on a quest to retrieve the Kingly Orb and the Hyper Sword!

The devious Crambecs is racing against you to nab the Kingly Orb for himself, giving himself the ultimate magical power to sink the world into despair and suffering!

Journeying through forests and fortresses, seas and skies, vast stretches of land and tight dungeons, carving your way through Crambecs and his croonies with the help of other mighty warriors and a cast of colorful NPCs assisting you in uncovering the land's treasures and secrets, and wielding an array of mighty weapons to collect and upgrade!

The world of heroes awaits you!

F.A.Q. and other info
When will the game be released?

Will it be translated in _____ language?

The game will be in English and Italian. Demand for a French, German or Spanish translation will be taken into account.
< >
37 Comments

Our Hero! Hyper Sword has been Greenlit and is now listed in the Steam store. For the latest information, purchase options, and discussions for Our Hero! Hyper Sword, please see it on the Steam Store or in the Steam Community.
Visit Store Page
For more details Visit Community Hub
For latest discussions
If you really, really want to, you can continue to the Greenlight page. Information on this page may be out of date, since all the action has moved to the areas noted above.