Greenlight > Games > Bottlenose Bits's Workshop
Greenlight is being retired. For more information on how to submit games to steam, refer to this blog post.
This item has been removed from the community because it violates Steam Community & Content Guidelines. It is only visible to you. If you believe your item has been removed by mistake, please contact Steam Support.
This item is incompatible with Greenlight. Please see the instructions page for reasons why this item might not work within Greenlight.
Current visibility: Hidden
This item will only be visible to you, admins, and anyone marked as a creator.
Current visibility: Friends-only
This item will only be visible in searches to you, your friends, and admins.
Lord Mayor
Description Discussions0 Announcements2 Comments36 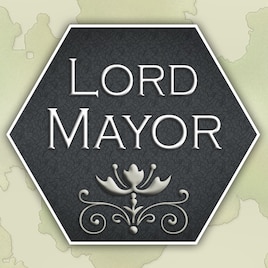 Bottlenose Bits
Offline
See all 7 collections (some may be hidden)

View Lord Mayor in the store

What an honor it is to be chosen for the Greenlight Project. Thanks to everyone who voted and commented. I'm working on some finishing touches to the game and should have it for sale on Steam soon. For daily updates on progress follow me on twitter at @LordMayorGame.

Be the first to try out Lord Mayor by downloading the free Alpha version today. Get it now from the Lord Mayor Alpha Download page[www.lordmayorgame.com].

Read More
Description
Release date: Summer 2016
Lord Mayor is a real-time strategy game with a vintage aesthetic that plays like a cross between a puzzler and a city builder. You play a newly minted Gentleman who is challenged to build cities that meet the demands of His Majesty the King. You are given a limited amount of time and resources, and must place buildings carefully to optimize their yield and promote various qualities on which the city is judged.

Each level is a new city that must be built from scratch, and each presents varying terrain and victory conditions. As you conquer each level you are promoted through the ranks toward the ultimate title of Lord Mayor.

Altarnite Jul 3, 2016 @ 4:11am
Finally got the greenlight after I voted by in Apr, was one of the first to vote for it, also was the first to comment here. Great to see it. Good luck.

Lord Mayor has been Greenlit and is now listed in the Steam store. For the latest information, purchase options, and discussions for Lord Mayor, please see it on the Steam Store or in the Steam Community.
Visit Store Page
For more details Visit Community Hub
For latest discussions
If you really, really want to, you can continue to the Greenlight page. Information on this page may be out of date, since all the action has moved to the areas noted above.