Greenlight > Games > lingtanstudio's Workshop
Greenlight is being retired. For more information on how to submit games to steam, refer to this blog post.
This item has been removed from the community because it violates Steam Community & Content Guidelines. It is only visible to you. If you believe your item has been removed by mistake, please contact Steam Support.
This item is incompatible with Greenlight. Please see the instructions page for reasons why this item might not work within Greenlight.
Current visibility: Hidden
This item will only be visible to you, admins, and anyone marked as a creator.
Current visibility: Friends-only
This item will only be visible in searches to you, your friends, and admins.
第九日-the 9th day-
Description Discussions2 Announcements2 Comments309 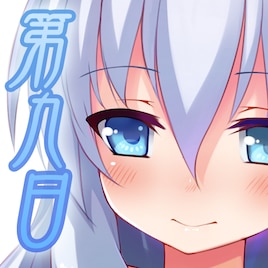 ChuDYu
Offline
See all 38 collections (some may be hidden)

Thanks for everyone's support, our game have now entered the top80 ~XD

One day the High School attendant went to rescue a sweet young girl who was stuck between flames, but whilst doing so his life ended in that blazing tomb.

It would seem that his curtains were about to close for good after this tragic scene, however that incident actually became the very start of the story.

Unexpectedly, Shyou remained in existence, although as nothing more than a soul, unable to escape from this world.
He had a strange vision of his past, a strange dream.

Within this dream, it was autumn. The season’s winds took hold of the leaves and carried them away from the trees, gently letting them descent on a crossroad and filling it. In the midst of the winds and those leaves, at the very intersection stood a figure, a girl.
Shyou felt strong emotions. He had a strong connection with her, he knew her, but he didn’t recognize her.

“Well, you've been given nine days to fulfil what you desire.”
That is what a young ethereal glowing girl, who claimed to be a messenger of death told Shyou after appearing before him.

Saki, the young kind hearted girl with albinism.
Maki, the cheerful and lively Student Union President.
Mai, that active and healthy girl who helps her father run a game shop.
Suzu, the psychic of the shrine with the ability to see souls.

Four different girls, four different personalities, but which one of them is truly the one with the strongest bond with Shyou?
The story of The 9th Day, that started with the autumn fire incident, begins here…

第九日-the 9th day- has been Greenlit and is now listed in the Steam store. For the latest information, purchase options, and discussions for 第九日-the 9th day-, please see it on the Steam Store or in the Steam Community.
Visit Store Page
For more details Visit Community Hub
For latest discussions
If you really, really want to, you can continue to the Greenlight page. Information on this page may be out of date, since all the action has moved to the areas noted above.