Store Page
ARK: Survival Evolved>  Workshop > ̀͠͏̡Sea-Chicken ✓'s Workshop
This item has been removed from the community because it violates Steam Community & Content Guidelines. It is only visible to you. If you believe your item has been removed by mistake, please contact Steam Support.
This item is incompatible with ARK: Survival Evolved. Please see the instructions page for reasons why this item might not work within ARK: Survival Evolved.
Current visibility: Hidden
This item will only be visible to you, admins, and anyone marked as a creator.
Current visibility: Friends-only
This item will only be visible in searches to you, your friends, and admins. 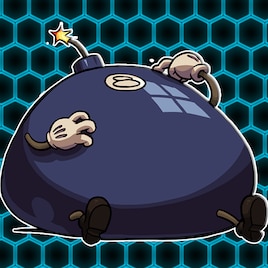 ̀͠͏̡Sea-Chicken ✓
Offline
See all 694 collections (some may be hidden)

This item has been added to your Subscriptions. Some games will require you to relaunch them before the item will be downloaded.
Description
Server Admins can now clear old bases easily. For admins to clean up servers and abandoned bases so new players can build. Destroys everything in a big blast radius: all characters and structures, also works on PVE Immunity. Kills Boss Monsters instantly, great for testing loot.

★ Visual indication of range ingame, can be safely defused in 15 sec if you change your mind.
★ This is only cheat spawnable by admins, cannot be crafted nor obtained by normal players. Cannot be transferred or dropped.
★ For admins to clear abandoned bases and dinos from server, and during pve hours. Players killed by Bomb damage will not lose armor durability.
★ Also can be placed in air and triggered while using cheat fly or swimming.

Instructions How To Use:
Admin Spawn Codes:
Click Here for Spawn Codes
ModID= 672292849

Optional Server Settings:
(Not necessary unless you need to edit defaults. Put after end of server's GameUserSettings.ini)

This mod is free, but Donations for the time and effort are welcome:
Donation[arksg.blogspot.sg]
Also try my other mods:
Scorched Earth Tabula Rasa
Indominus Rex Nemesis
Dragon Gods
Photon Sentry N Rifle
Pet Companions
Egg N Poop Collector N Incubator
Pet Finder
Death Helper
Meat Spoiler
Charcoal Baker
Oil Compressor
Resource Stacks
Scorched Earth Resource Stacks
Bulk Crafters
Admin Bomb
★ Disclaimer: So I am not updating anymore for my own reasons. But I have and always will allow everyone free use of any resources and ideas from all my Ark projects, rest assured I will never deny your creative freedom. Also please don't spread rumors, and keep in mind I'm not responsible for any actions you take on your own.
Popular Discussions View All (6)

Deaglerk Jul 16, 2020 @ 4:39pm
Just FYI there some mod that this wont work on, i used this on single player with just the mod and it worked. But for some mods it doesn't work. Not sure which mods it not compatible with.

Belnick Aug 27, 2018 @ 9:44am
So how can i change this to instead of blowing stuff up it claims all the structures in that blast area ?

God Quag Mar 29, 2018 @ 12:18pm
Id love it if you could make a video demonstration for the main page, just so people can see it in action without having to go digging for an example

LowlevelRebel Mar 24, 2018 @ 6:00pm
I'm not clear; can the blast radius be changed? Also, can this destroy 'hidden' foundations, foundations that have been somehow places under the ground, thus immune to C-4?

OriginalOblivion Feb 19, 2018 @ 12:45pm
Anybody know an admin named Wi1d? Runs an Empyrion server called Stellar Survival PvPvE. Don't join this admin abusing scrubs servers. My faction found his home base so he banned all of us. No warning, no nothing. Real kid.