Store Page
Legend of Grimrock 2>  Workshop > WaspUK1966's Workshop
This item has been removed from the community because it violates Steam Community & Content Guidelines. It is only visible to you. If you believe your item has been removed by mistake, please contact Steam Support.
This item is incompatible with Legend of Grimrock 2. Please see the instructions page for reasons why this item might not work within Legend of Grimrock 2.
Current visibility: Hidden
This item will only be visible to you, admins, and anyone marked as a creator.
Current visibility: Friends-only
This item will only be visible in searches to you, your friends, and admins. 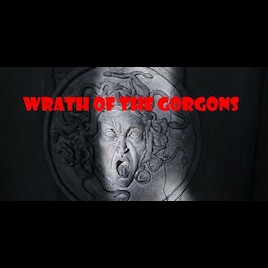 WaspUK1966
Offline
See the collection (may be hidden)

This item has been added to your Subscriptions. Some games will require you to relaunch them before the item will be downloaded.
Description
Ancient Greece was in turmoil, for it was the time of the Trojan Wars. The port city of Kronos, with its army decimated and in retreat, seemed destined to fall. In desperation, King Minos ordered warriors to travel to the Island of Cerna, the Land of the Gorgons, to retrieve an artifact of immense power: "The Oracle of the Gods", for only this could save the city now. As the warriors reached the Island, not even their darkest nightmares could prepare them for what lay ahead....

NB: The game does NOT contain firearms (not around in Ancient Greece), so don't
waste Skill Points on this ability. Create your own party at the start, as selecting the
default party option will create a character for you with a firearms ability.

So, save often, and enjoy. Any comments/feedback greatly appreciated. Contact me on
here, or on grimrock.net. My username is WaspUK1966

If you like the game, please endorse it. Thank you.

harpo Sep 24, 2018 @ 4:26pm
Stuck in the teleporter room. I've figured out how to flip 3 of the switches but there is no way how to flip the one on the far right 4 steps in. As far as I can see that is impossible to get to. Am I missing something?

WaspUK1966  [author] Sep 7, 2018 @ 1:19pm
Hi, eric_les. Think you just found a bug that I never noticed despite all of my playtesting :( For some reason, you can remove other items from the pedestal except for gems. I never tried using them. All I can do is apologise, and ask that you try an earlier save and dont put any gems on there. Once again, my sincere apologies.

eric_les Sep 7, 2018 @ 12:37pm
I put a red gem on the pedestal in front of the gatekeeper and i cannot remove it to put the water essence on it..... it is on there for good. I put the red on on the pedestal because i thought i needed to so i could open the gate to the chamber of Illussion.

WaspUK1966  [author] Sep 6, 2018 @ 2:31pm
HI. You need the water essence to give to the gatekeeper. He will then open the gate to the North. The water essence is located in the Chamber of Illusion which you can get to by going through the underwater gate to the west of the glade. Hope that helps.