Greenlight > Games > Rawkins Games's Workshop
Greenlight is being retired. For more information on how to submit games to steam, refer to this blog post.
This item has been removed from the community because it violates Steam Community & Content Guidelines. It is only visible to you. If you believe your item has been removed by mistake, please contact Steam Support.
This item is incompatible with Greenlight. Please see the instructions page for reasons why this item might not work within Greenlight.
Current visibility: Hidden
This item will only be visible to you, admins, and anyone marked as a creator.
Current visibility: Friends-only
This item will only be visible in searches to you, your friends, and admins.
Dolphin Up
Description Discussions1 Announcements1 Comments41 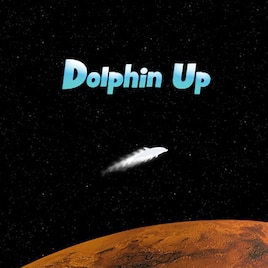 Rawkins Games
Offline
See all 5 collections (some may be hidden)

View Dolphin Up in the store

Thank you to everyone who showed interest in Dolphin Up and helped it get greenlit. The game is now in the beta testing phase and will hopefully be ready for release soon. I'm likely going to start with the Windows version, and then the OS X and Linux versions will follow after that, provided I don't hit any major snags. So far I've made the following improvements to the game:

I'm also going to try to get trading cards into the game, but they're not complete yet. For more details on these changes, please see the full blog post here [www.rawkins.com]. I will post another update once I have a confirmed release date.

Thanks for checking out the game!
Read More
Description
Swim and flip your dolphin to the moon and beyond! A fun, vibrant, 2-minute game with surprising depth, Dolphin Up lets you do amazing tricks with a porpoise. Successful flips, spins and tailslides build speed, allowing you to jump higher and soar into the stars. Perfect your landings and chain your tricks together to form huge combos, discover new possibilities and work your way up the leaderboards. A must-have classic.

- Simple, addictive gameplay that anyone can enjoy.
- Steam Leaderboards & Achievements
- Gamepad or Keyboard
- Vibrant environments that change with the time of day.
- Multiple characters and levels
Popular Discussions View All (1)

Joe Foxe Jul 23, 2016 @ 10:06am
i like dolphin olympics 2 which this is based on and honestly though i would want it to be more than the browser game which free if i going to pay for it i would definately do so

forestkiwie May 1, 2016 @ 9:33pm
I played this so long ago and recently rediscovered it. A steam update would be awesome!

Dolphin Up has been Greenlit and is now listed in the Steam store. For the latest information, purchase options, and discussions for Dolphin Up, please see it on the Steam Store or in the Steam Community.
Visit Store Page
For more details Visit Community Hub
For latest discussions
If you really, really want to, you can continue to the Greenlight page. Information on this page may be out of date, since all the action has moved to the areas noted above.