Greenlight > Concepts > Aerryx's Workshop
Greenlight is being retired. For more information on how to submit games to steam, refer to this blog post.
This item has been removed from the community because it violates Steam Community & Content Guidelines. It is only visible to you. If you believe your item has been removed by mistake, please contact Steam Support.
This item is incompatible with Greenlight. Please see the instructions page for reasons why this item might not work within Greenlight.
Current visibility: Hidden
This item will only be visible to you, admins, and anyone marked as a creator.
Current visibility: Friends-only
This item will only be visible in searches to you, your friends, and admins.
Destyned
Description Discussions0 Announcements1 Comments9 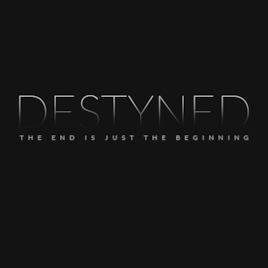 Aerryx
Offline
See the collection (may be hidden)
Recent Announcements View All (1)
Community Update 1 – The road has just begun
May 26, 2016 - Aerryx

As new indie developers there is many things we’re learning along the way, growing as individuals and as a team. I believe we are fortunate to have such a great team already established and making great progress towards our goals.

Over the last few weeks, and since we first created this greenlight concept, we’ve been able to develop our processes, streamline feature updates and releases, as well as wrap up our timeline to Destyned’s release. We have decided we will be moving forward with a kickstarter campaign in the coming months after we’ve established more of the ground work to show the community as potential investors. We encourage you, if you are not already, to follow us for updates along the way. We appreciate the involvement and feedback we’ve already received from players, and look forward to more.

Read More
Description
Destyned is an immersive adventure and fantasy experience, with sandbox and survival elements. Set on the planet Argus, you must discover how you became stranded alone by piecing together your memory with clues you find along your journey. As you explore, you will obtain several skills which aid in combat, crafting, and exploration. You will exercise those skills as you explore further into the harsh environment, defeating evolved predators and using stealth whenever possible.

Destyned will feature a nonlinear story, which will focus around finding out what world ending event occurred and why you survived. With a 20x20 km map to start, you will have plenty to explore and conquer as you develop your character.

The Aerryx Dev team wants to put power in the hands of the player, by allowing you to interact with the world around you, build bases, towns or even monuments. We want to give you a story to fall in love with, but not require you to follow. We want to provide you with continuous game play incentives, but also respect players who don’t have as much time on their hands. Our hopes are to create a world where an ever changing balance creates a unique place for players to continually progress and enjoy their time.

FEATURES
Open World – Explore the vast reaches of Destyned from one side of the planet to the next with no limits.

Day/Night Cycle – Environmental changes every few hours dictate how the player should approach a situation. At night your much colder and move slower, while in the day you have a limited range of movement before needing your next drink of water.

Crafting – Survival is all about learning how to craft new weapons, build shelters and hunt for food. You will discover new crafting schematics along your journey.

Be the Hero – Destyned features RPG elements that let you develop the protagonist and adjust him to your play style. It’s a long and difficult journey to get from rookie to badass.

Brutal Punishment – We believe playing recklessly should cost something. You will soon discover it pays to think before you leap. You also need to practice your skills in order to maintain them.

No Limits – Why place a level cap when we do such a good job of punishing players? Hone your skills to whatever level you want.

Dungeons – The world will have many hidden places to discover and clear for rewards. Be warned, it will take a group of heroes to survive.

Raiding – Ten and fifteen man raids will be available for your more dedicated players.

FAQ
Who is the main character?
You play as a survivor of a devastating event known as The Fracture.

What is The Fracture?
In an attempt to save the planet from impending resource exhaustion, humanity attempted to restore what has been lost, but only succeeded in sealing their demise.

What is the planet?
The only known habitat planet, Argus is the home world of the player and his colony. Among them are several other races and creatures you will discover along the way.

What is the Objective?
First and foremost, to survive. Secondly, to solve the mystery of The Fracture. Upon discovering what happened in the event, you set your eyes on which you were destined.

What is the player destined for?
Guided by transcendent power, you strive to restore order to the pandemonium in the world today.
< >
9 Comments

Fore_z Aug 24, 2016 @ 11:45am
I found this company when I was job searching, and while doing so I also found the very interesting game they are creating. Everything about it has grabbed my attention so far. I can't wait to get my feet wet in Argus.

Aerryx  [author] May 5, 2016 @ 10:56am
@Khell Thank you for the insight, I will take it to heart. I agree with your statement about failed ripoff’s, our goal is not to be anything like a Rust or Ark. I think they are both great games and have implemented great ideas, but if I were going to try to put it into words, I would say our goal is to be more something like a 3D immersive RunseScape where its more about the player and story and much less PvP.

While I’ll admit our inspiration is from a number of these games, we have no plans to try to rip them off and reinvent the wheel. I can’t wait to show our vision for something much more adventure driven.

Kay May 5, 2016 @ 8:23am
There is very little to judge this game by. What I can say is that the survival crafting genre is not very well received on Greenlight because there are too many low-quality knockoffs of better-made games flooding the septic tank that Greenlight has become.

The only chance this has at success is if the design has some truly unique new mechanics, a very coherent and appealing visual style, and completely avoids the use of Unity and any store-bought assets. Otherwise, the Steam Greenlight community will react the same as they have with every other survival crafting game...

Trust me, I've seen it go this way for other survival games about once a week.

Aerryx  [author] May 2, 2016 @ 6:51pm
Thanks everyone! We really appreciate the feedback. We’re prepping as much as we can to put some momentum behind it, so stay tuned for more details.

big mikr May 2, 2016 @ 2:27pm
This looks amazing! The features seem awesomesauce! Though this is in early development, I would totally buy this!!!

Aerryx  [author] Apr 24, 2016 @ 6:00pm
@Chills Features and functionality we are quite far despite being in early development. We’re mostly waiting on some more visual assets to be added before we release our first video. More concepts to come shortly.