Greenlight > Games > Cydonian Games's Workshop
Greenlight is being retired. For more information on how to submit games to steam, refer to this blog post.
This item has been removed from the community because it violates Steam Community & Content Guidelines. It is only visible to you. If you believe your item has been removed by mistake, please contact Steam Support.
This item is incompatible with Greenlight. Please see the instructions page for reasons why this item might not work within Greenlight.
Current visibility: Hidden
This item will only be visible to you, admins, and anyone marked as a creator.
Current visibility: Friends-only
This item will only be visible in searches to you, your friends, and admins.
Voidship: The Long Journey
Description Discussions0 Announcements1 Comments33 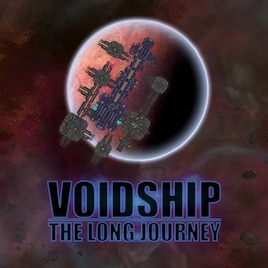 Cydonian Games
Offline
See all 5 collections (some may be hidden)

View Voidship: The Long Journey in the store

Store page
Recent Announcements View All (1)
Wohoo! We're Greenlit! A giant thank you to all!
May 30, 2016 - Cydonian Games
Reactions:
This honestly came as a pretty big surprise to us. We've been pretty hands off with this campaign for about 3 weeks. We were busy with a few other things. We had just made a detailed PR action list and were planning on starting to fulfill it soon to get this greenlight going properly. Now it turns out we don't have to (we will save the list for before actual release).

So a definite surprise. But it was an absolutely awesome surprise! I woke up at 8AM on saturday to a message from the other developer Madis. As pre-coffee me tried to make out what he meant I couldn't quite understand if I was still dreaming. I ran to my computer, booted it up... and there you go. Greenlit! Still feel very happy about it now 2 days later.

As I said. Thank you all who voted!

Where is the game at:
It's always very hard to tell how far along development of a game is in concrete terms. So instead of just one percentage and no indepth descriptions I'll break this down a bit for people who are interested.

The main engine of the game/core gameplay is almost done. We have some last minute gameplay tweaks we want to make in the code, which change it a bit. Adding a bit more emphasis on the crew management part for instance. So I'd say 80% done on that front worktime wise.

Graphics - Practically all done. Need to draw a few more module sprites for the player and some weapon effects. I already have a mountain of graphics in the style though, so this takes very little effort. To make new weapons for example I usually already have a previous sprite I can tweak/reprogram the effects for. 90% done worktime wise.

Scripting/Balancing - Now this is where the main actual gamedev stuff is still to be done. There are a bunch of really fun player weapons/special systems still to be scripted. Also the whole game still needs a lot of balancing. Basically we have to play the game hundreds of times tweaking all the variables like how much damage each weapon does, how much money you get per resource drop etc. About 40% done in that regard. Luckily this is something that it's easy to get more people on. Our scripting is pretty well layed out in .xml files.

Sound/Music - The sound design currently is passable, but not the best. I am talking to a few people in that field to help us out. I just ordered 3 more music tracks from our musician: https://twitter.com/ben_burnes bringing our total to 5 soon. That would be at about 50% of the final game.

Story - We have the base setting. We have the base idea/story backdrop and know what we want to achieve. The concrete ingame dialogue/cutscenes themselves are waiting on funding though. So about 10% there.

Overall Polish - This is an extra task which will depend on if and how much funding we get. I have a wishlist that is a month long of small extra features we could add which would really make this game great. A lot of stuff has been already polished really thorougly though. Like weapon effects, UI interactivity, transitions from one screen to another etc. So I'd also say 50% done there.

Overall all these things put together is about 2.5 months of full time dev time. We don't currently yet have the resources for full time work though, so it will take more than that. A lot of this is hinging on us getting outside funding aswell, since it can't be completed on our funds alone anymore.

What we're currently doing:
We are slowly keeping up with the development of Voidship, but our main focus is on a few much smaller projects to get us additional funding for this one. We really love this game. I've been dreaming about making it ever since I started making my first hobby gamedev projects 15 years back. We'd rather go slow now for a few months and get the proper resources to finish it in a polished state, instead of throwing it out there as it is in a month.

So this is our main job at the moment. Figuring out and acquiring the resources we need to finish this thing properly.

Part of this is considering outside investment and a possible crowdfunding campaign. So far we were so busy making the game itself that these last steps are still in the planning stages though and I can't give any concrete info on which we'll choose.

There is work to be done. But luckily not an immense amount and I am confident you will all get to play this game later this year!

You are the captain of a modular spaceship entrusted with a mission which might take centuries to complete. Gather resources, crew and technology to build your spaceship into a titan warship to fulfill your objective.

If you love exploring and battling through unknown quadrants of space with a fully customizable warship... Voidship: The Long Journey is for you!

Cydonian Games  [author] May 2, 2016 @ 4:00am
@Game Development Championship - Awesome! Thanks for reaching out, I'll take a look right now.

@tdwsaturn - Thank you, very much apreciated! :)

The GDWC Apr 27, 2016 @ 5:24am
Space combat games are a rarity, and the idea to combine both a shooter and an RTS game is definitely innovative. There is a lot of potential here.

Voidship: The Long Journey has been Greenlit and is now listed in the Steam store. For the latest information, purchase options, and discussions for Voidship: The Long Journey, please see it on the Steam Store or in the Steam Community.
Visit Store Page
For more details Visit Community Hub
For latest discussions
If you really, really want to, you can continue to the Greenlight page. Information on this page may be out of date, since all the action has moved to the areas noted above.