Greenlight > Games > Keinart's Workshop
Greenlight is being retired. For more information on how to submit games to steam, refer to this blog post.
This item has been removed from the community because it violates Steam Community & Content Guidelines. It is only visible to you. If you believe your item has been removed by mistake, please contact Steam Support.
This item is incompatible with Greenlight. Please see the instructions page for reasons why this item might not work within Greenlight.
Current visibility: Hidden
This item will only be visible to you, admins, and anyone marked as a creator.
Current visibility: Friends-only
This item will only be visible in searches to you, your friends, and admins.
One Thousand Lies
Description Discussions0 Announcements2 Comments48 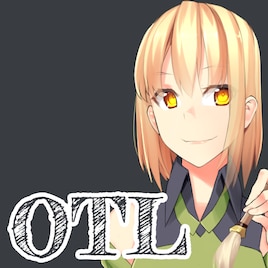 Keinart
Offline
See all 22 collections (some may be hidden)

View One Thousand Lies in the store

Thank you everyone for those all who voted for this game to be greenlit. Seriously, thank you. Now as promised the novel is out on Steam, it's free so please check it out when you have time: http://store.steampowered.com/app/463390/

The past 28 of March, One Thousand Lies was released to the world in pages like itch or Lenma: https://keinart.itch.io/one-thousand-lies

Due to the popularity and great ratings a lot of people was asking me "hey, why don't you try going to Steam Greenlight?" It's a free game after all, a visual novel by a first time creator so I had my doubts. Then even strangers started to tell me to try it, and some other offered to even publish the game in Greenlight by themselves, kinda crazy huh?

So after a while I said, to hell with everything, let's do this. And here we are, ready to publish to Steam Greenlight. This is a short visual novel, around 7 hours long (still more than some triple A I guess) that tries to keep itself funny and interesting all long. In one scene I have all the characters doing crazy absurd humor stuff, at the next one it's tacking deep themes of philosophy or psychology, and as I said before, it's free, and you can download it easily if you want, so if you like what you see give it a vote! It would be pretty amazing, don't you think?

Read More
Description
Release date: 28 March 2016
There is no one who is more sincere with their words...
... than the greatest liar of them all.

Based on a story that should be true, One Thousand Lies tells the tale of Ciarán Endyein, a liar writing the fable of a wolf longing to reach the Sun.

One day, Ciarán starts receiving enigmatic emails from a mysterious sender, turning his everyday life into a mess of a romantic comedy with psychological themes mixed in. What lies beyond the mystery he's been presented with? In the words of Harry H.: "If you want to know the truth, go find it".

The game is already fully available for free at itch.io: https://keinart.itch.io/one-thousand-lies
< >
48 Comments

I will make a more proper announcement the release day

One Thousand Lies has been Greenlit and is now listed in the Steam store. For the latest information, purchase options, and discussions for One Thousand Lies, please see it on the Steam Store or in the Steam Community.
Visit Store Page
For more details Visit Community Hub
For latest discussions
If you really, really want to, you can continue to the Greenlight page. Information on this page may be out of date, since all the action has moved to the areas noted above.