Greenlight > Games > Kiwasi's Workshop
Greenlight is being retired. For more information on how to submit games to steam, refer to this blog post.
This item has been removed from the community because it violates Steam Community & Content Guidelines. It is only visible to you. If you believe your item has been removed by mistake, please contact Steam Support.
This item is incompatible with Greenlight. Please see the instructions page for reasons why this item might not work within Greenlight.
Current visibility: Hidden
This item will only be visible to you, admins, and anyone marked as a creator.
Current visibility: Friends-only
This item will only be visible in searches to you, your friends, and admins.
Pond Wars
Description Discussions0 Comments18 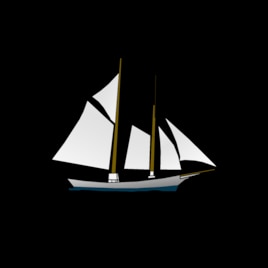 Kiwasi
Online
See the collection (may be hidden)

View Pond Wars in the store

Store page
Description
This pond ain't big enough for the both of us! Two boats enter the pond. Two players fire at each other, trying to sink their opponent. Cannon balls strike the water, causing waves to rage higher and higher. Time your shots just right with the waves to sink your enemy. And have fun doing crazy flips.

Pond Wars was an attempt to create a game like the old school dos games. I remember sitting next to my brother, playing wacky wheels or mortal combat. Two players jammed around one keyboard. Games which were just as likely to end in punching each other as an actual victory. I think I've captured the essence of the experience here.

An early version of the game is currently available to download and play for free on itch.io. Feel free to check it out. If you like it, and you'd like to see it fleshed out some more and put on steam, then let me know. Feel free to ask for other features.

Kiwasi  [author] May 15, 2016 @ 9:32pm
Customising boats is certainly on the cards. At this stage I'm reluctant to promise anything before I've actually built it.

Live.Die.Respawn! May 14, 2016 @ 10:08am
Keep up the good work dev. The game has some potential, but needs some polish (sprites, UI). Perhaps allow players to customize boats in the near future?

Kiwasi  [author] Apr 28, 2016 @ 11:32pm
Thanks everybody for your feed back. The general message I'm getting is it needs a ton more polish. Especially on the graphics.

I guess its time for me to find an artist and make that happen.

AxeMinister Apr 26, 2016 @ 6:11pm
The idea is ok but I agree with some of the others, the game needs more polish, mainly the graphics. Nothing wrong with keeping it simple but a polished simple. Good luck!

Pond Wars has been Greenlit and is now listed in the Steam store. For the latest information, purchase options, and discussions for Pond Wars, please see it on the Steam Store or in the Steam Community.
Visit Store Page
For more details Visit Community Hub
For latest discussions
If you really, really want to, you can continue to the Greenlight page. Information on this page may be out of date, since all the action has moved to the areas noted above.