CS:GO Chickens
By Corvo
I will help you to understand why the CS:GO chickens looks so cute
Rate

Don't be a Separatist! 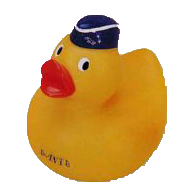 Things who you need to know:

“Maybe I’m looking for you to test my wares... perhaps I’m judging how well you follow instructions... or maybe I just really hate chickens.”
―Booth
Don't be a Separatist! 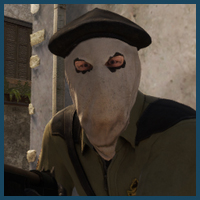 Chickens deserve your love
The Inferno Separatist hate all chikens, why? They are so cute.

Appearances
Counter-Strike & Counter-Strike: Condition Zero
The guide it's about CS:GO, but i think the chikens deserve a honorable mention.

In both games, two chickens appear in Italy's Market. One is located to the left of the CT Spawn connection while the other is located next to the corner with two barrels in it, in the second connection to the middle. They will spawn or respawn when Terrorists or Counter-Terrorists run past their spawn points.

Counter-Strike: Global Offensive
Although still playing a comical role in the game, chickens play a much more important role in Counter-Strike: Global Offensive. They are no longer simple static animals like their previous iterations, but are mobile and have an AI. They move around freely and make squawking noises if approached by players while running (not when walking or crouch-walking), or if shot at. If shot, they will puff into a cloud of feathers and flesh. Two variants appear, brown feathered and white feathered. Despite being simply critters used as a joke or map decoration, chickens caused problems with their AI and noise often causing enemy and allied positions to be revealed. As of the August 29, 2013 update, the squawking noise of the chickens was reduced and chickens only get startled if a player gets too close or shoots at them. Oddly enough, silenced weapons such as USP-S and the M4A1-S do not startle chickens.

After the April 27, 2016 Update, Chicken behavior was changed to perform very similar to Hostage AI from older games.

When a player aims at a chicken and hits their USE key (E by default), the chicken will starting following the player; if somebody kills that player's chicken the chat will display the message:
''Your chicken has been killed. She was yours for X seconds.''

Critters & Props
Deathmatch
Chickens always spawn in Deathmatch, regardless of the map. 1 point is awarded should a player kill one. Even though the reward is meager and rarely sought after, it can still allow players to tip the scale of Deathmatch games. 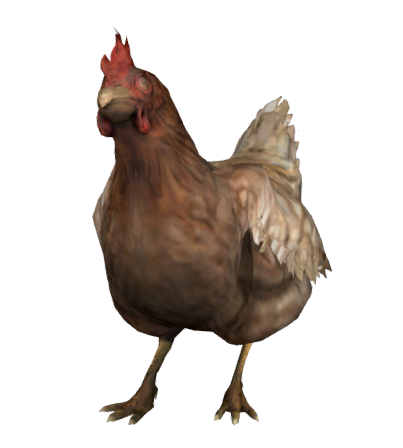 Normal Chicken, also can be found at Italy, Militia, Inferno and Rush. 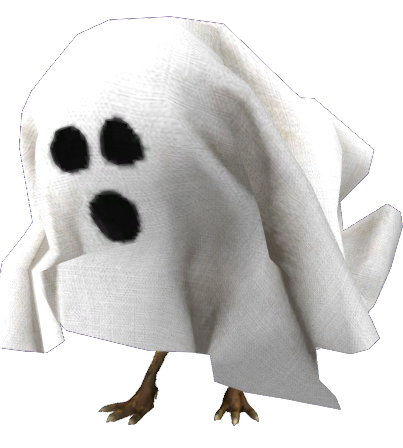 During the 2013 Halloween update, Chickens wore a stereotypical ghost clothing. 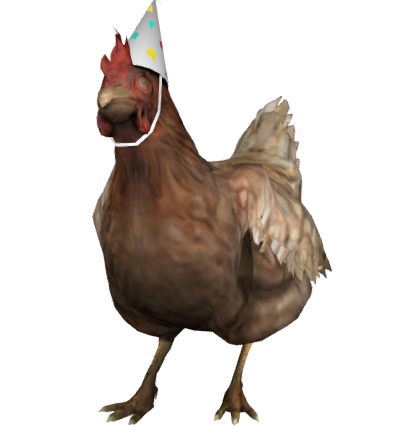 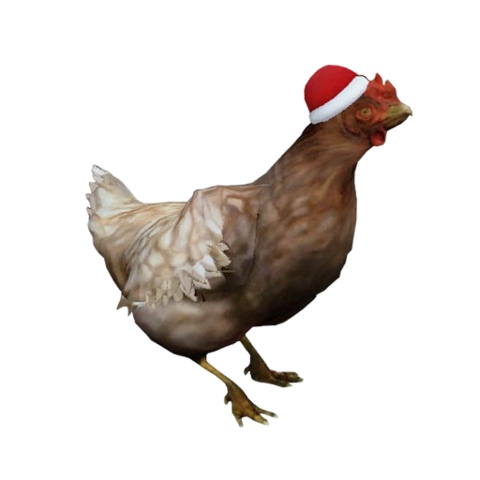 During the Winter Offensive Update, chickens either had Santa Hats or Antlers attached to their head. 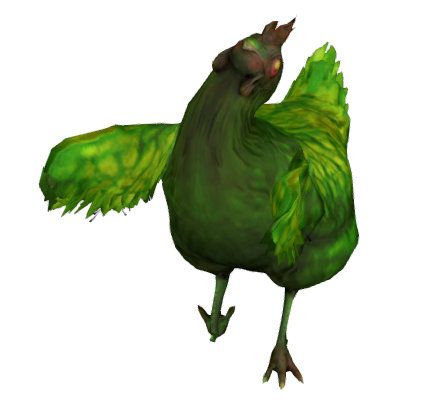 During the 2014 Halloween update, killing a chicken makes it respawn as a zombie chicken appearing with green feathers, yellow eyes and a twisted feet. It digs itself out of the ground when spawning, crawls slowly with its wings leaning forth and explodes in a green cloud of feathers when killed again. 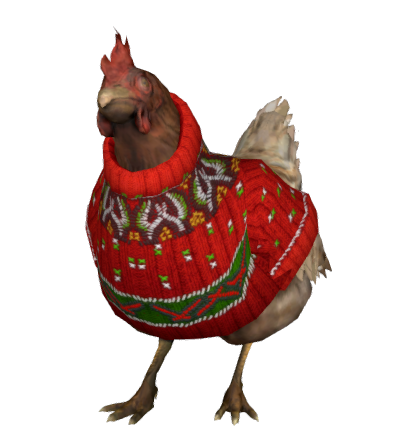 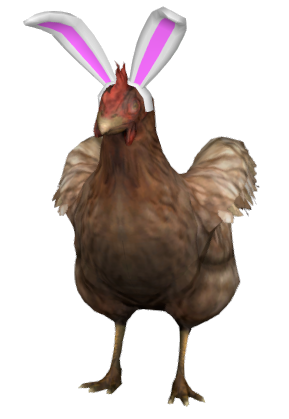 Starting with the March 17, 2016 update, chickens are given rabbit ears and are given a bunny hopping animation. 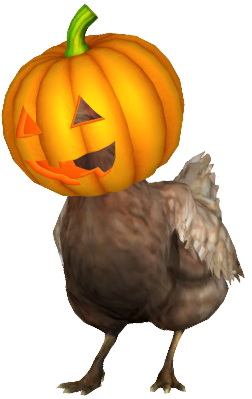 During Halloween 2016 Update, chickens were given a pumpkin mask. 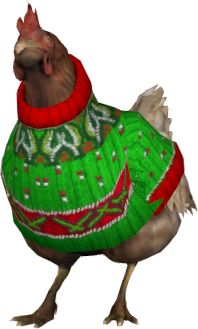 During the 2016 Winter Update, Chickens were yet again given a sweater, albeit with the color changed from red to green.
Bugs & Glitches
Counter-Strike (The Goldsource engine)
Another special mention...

Counter-Strike: Global Offensive
The most famous Bugs and Glitches.

Stickers
To support the Chickens organization, Valve added into the game the Stickers made by community. 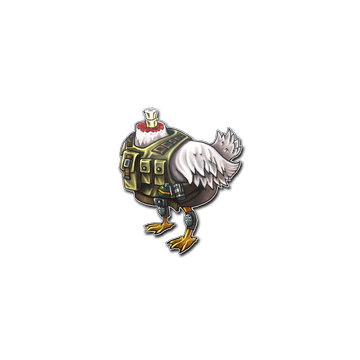 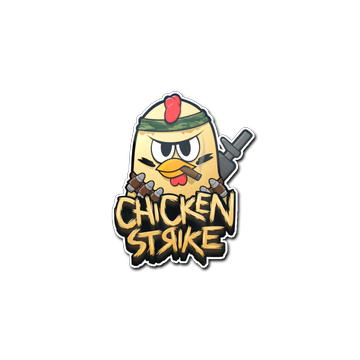 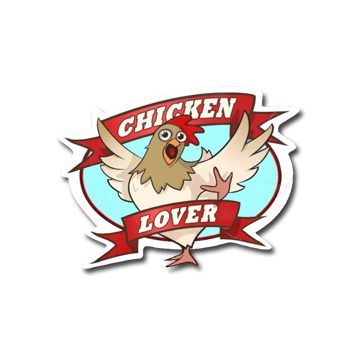 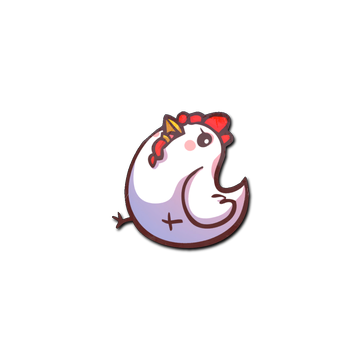 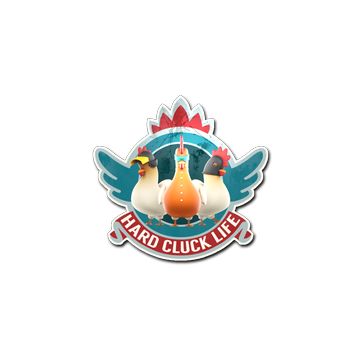 
Trivia
Useless informations
Special thanks
Support my work!
Gather information, translate texts, write, give tips, organize and publish takes a long time, i do these guides to help the community and i get nothing for it, please rate my work positively and if you want to support my work, please send me a donation using the link below.

I hope that has helped you, leave a comment below if you have any suggestions, thanks!