Store Page
XCOM 2 >  Workshop > Sgt. Nutcracker's Workshop
This item has been removed from the community because it violates Steam Community & Content Guidelines. It is only visible to you. If you believe your item has been removed by mistake, please contact Steam Support.
This item is incompatible with XCOM 2. Please see the instructions page for reasons why this item might not work within XCOM 2.
Current visibility: Hidden
This item will only be visible to you, admins, and anyone marked as a creator.
Current visibility: Friends-only
This item will only be visible in searches to you, your friends, and admins. 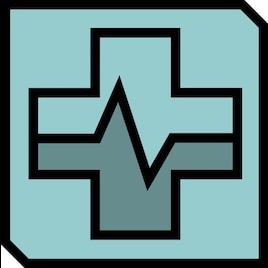 Sgt. Nutcracker
Online
See all 2376 collections (some may be hidden)

This item has been added to your Subscriptions. Some games will require you to relaunch them before the item will be downloaded.
Description
Last updated 2016-10-13

Description
Soldiers gain the ability to Stabilize any other soldier that is bleeding out and happens to be carrying a medikit.
In other words: use the wounded soldier's own Medikit to patch him up.

No more bleeding out deaths for your medics! As long as the incapacitated soldier has a Medikit with at least one charge left he can be stabilized by anyone.

This mod is open source. The source along with documentation is available in Github, https://github.com/Jusas/XCOM2StabilizeMe

Medikit charges are now properly deducted from the targeted soldier. Previously when the stabilized soldier was revived the soldier still had full medikit charges left - this has now been rectified. This patch was contributed by thegrimsqueaker72 via Github! Thank you!

Improved the checking of the stabilize ability from the victim soldier. The mod is now compatible with the Field Medic class mod (tested).
The underlying mechanic now checks for all abilities for the victim and seeks for any that have the "remove effect" that removes the "bleed out effect", and then checks that the ability has at least one charge left. This should make it compatible with most mods out of the box.
< >
119 Comments

Jamie A. Rose May 13 @ 10:45am
The fact that this isn't a basic function in the game underscores how badly designed it is.

Lux Manifestus Apr 15, 2018 @ 4:10pm
Doesn't seem to be working with WotC anymore. It may even make bodies undiscoverable. Please patch!