Greenlight > Games > Unimatrix Productions's Workshop
Greenlight is being retired. For more information on how to submit games to steam, refer to this blog post.
This item has been removed from the community because it violates Steam Community & Content Guidelines. It is only visible to you. If you believe your item has been removed by mistake, please contact Steam Support.
This item is incompatible with Greenlight. Please see the instructions page for reasons why this item might not work within Greenlight.
Current visibility: Hidden
This item will only be visible to you, admins, and anyone marked as a creator.
Current visibility: Friends-only
This item will only be visible in searches to you, your friends, and admins.
Lifestream
Description Discussions0 Announcements12 Comments200 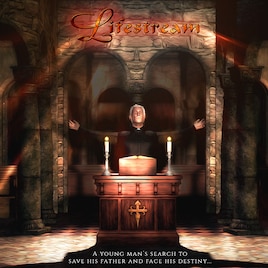 Unimatrix Productions
Offline
See all 9 collections (some may be hidden)

View Lifestream in the store

The title says it all! Lifestream comes out on Steam this coming Monday. Enjoy, everyone, and thank you for your continued support!

We are pleased to announce that Lifestream has been greenlit by the Steam community! Thank you to everyone for your continued interest and support. We couldn't have done this without you!

In other news, our lead developer, Christopher Brendel, has been interviewed by sub-Q Magazine. In the interview, he discusses his childhood inspirations and motivations to create the Storycentric Worlds game engine, through which Lifestream was created. You can read the interview here[sub-q.com].

Thanks again to everyone out there for your support. Stay tuned, because exciting times are ahead!

Read More
Description
Release date: Now Available!
Lifestream is a haunting and innovative text adventure that plunges players into the roles of Randolph and John Holton, a father and son desperate for answers to the mysteries surrounding a mysterious realm and an enigmatic brotherhood.

About
Lifestream is the first in a series of text adventures that puts a unique spin on classic interactive fiction, combining classic room-based explorative text game mechanics with a stylish graphical interface. It plays like an interactive novel. You make a series of choices that determine what happens next in the story. But unlike in traditional gamebooks and visual novels, Lifestream also features more advanced adventure-based game mechanics, including locations to explore, items to interact with, characters to meet, and puzzles to solve.

Story
"Father Randolph Holton was dead. Not literally, of course. But in his heart, he knew he could not live on...not after everything he had learned. Sitting at his dark oak desk in the corner of the dimly lit, cozy study, the white-haired, frail Catholic priest--even frailer of late--dipped an old quill into a container of jet-black ink and began to write..."

John Holton's father, a Catholic priest named Randolph, has been missing for two weeks. Unable to go to the police for help, since doing so would tarnish his father's reputation as a celibate priest, John takes it upon himself to search for his father.

Over the course of Lifestream, players take on the roles of both John in the present and his father, Randolph, in the past. While John searches for answers, players see the troubling events that led to Randolph's disappearance firsthand.

Features
Storycentric Worlds
Lifestream is not just a standalone game. On the contrary, it is but the first chapter in a brand new series of games from independent developer Unimatrix Productions. The games are developed using our custom-made Storycentric Worlds game engine, which allows developers--even those with no prior programming experience--to quickly and easily create their own games. After Lifestream's release, it is our hope to release the Storycentric Worlds game engine to the community, allowing others to create their own titles, as well. For details, please visit our website at {LINK REMOVED}http://www.storycentricworlds.com/.

About the Developer
{LINK REMOVED}Unimatrix Productions is a small independent game studio founded in 2003 that specializes in adventure, text, and mobile games. Our focus is to produce quality, story-centric titles that feature rich, three-dimensional characters and complex, original plots. We strive to create a meaningful journey for players to undertake in each of our games, conjuring an atmosphere similar to that of a movie or novel but with the added dimension of interaction.

We do this because it's our sincere belief that it is the personal connection players form with a game that makes it a success. It is with this philosophy in mind that we approach game development, and we believe that our work stands out as a result.

FAQ
Hasn't there already been a game with the name Lifestream?
Yes. This is a text-based remake of the very first Unimatrix Productions game, which was released in 2004.

Is there a demo?
Yes! To download it, simply visit the Storycentric Worlds {LINK REMOVED}website.

Where can I contact you?
You can contact us here, on social media, or via our {LINK REMOVED}website. We look forward to hearing from you!
< >
200 Comments

We're hoping to localize our games in the future, so stay tuned! :)

Localization to German and other languages is on our to-do list for in the future!
< > 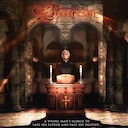 Lifestream has been Greenlit and is now listed in the Steam store. For the latest information, purchase options, and discussions for Lifestream, please see it on the Steam Store or in the Steam Community.
Visit Store Page
For more details Visit Community Hub
For latest discussions
If you really, really want to, you can continue to the Greenlight page. Information on this page may be out of date, since all the action has moved to the areas noted above.