Greenlight > Games > Yorick's Workshop
Greenlight is being retired. For more information on how to submit games to steam, refer to this blog post.
This item has been removed from the community because it violates Steam Community & Content Guidelines. It is only visible to you. If you believe your item has been removed by mistake, please contact Steam Support.
This item is incompatible with Greenlight. Please see the instructions page for reasons why this item might not work within Greenlight.
Current visibility: Hidden
This item will only be visible to you, admins, and anyone marked as a creator.
Current visibility: Friends-only
This item will only be visible in searches to you, your friends, and admins.
Half-Life: A Place in the West
Description Discussions3 Announcements2 Comments221 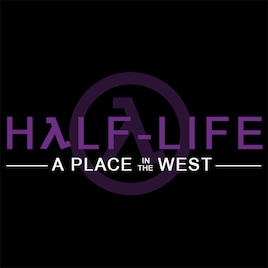 Ross
Offline
See all 27 collections (some may be hidden)

View Half-Life: A Place in the West in the store

Well, what was turning out to be a rather unpleasant day just turned itself around. We've been Greenlit! A huge, loving thank you to absolutely everyone who voted - we couldn't have done it without your support. So, again, thank you.

And watch this space...!

We have added two more pages to the Greenlight Description to give a better sense for the feel of the comic. The first is a page that contains much more dialogue than those we have revealed so far, while the other is one of the new Prologue pages - never before seen! We hope you like them, and thank you very much for all the support.

Read More
Description
Release date: September 2016
What is A Place in the West
Half-Life: A Place in the West is a fan-made comic book set within Valve's acclaimed Half-Life universe. A Place in the West follows three characters who are each in their own way drawn to a strange American city called New Franklin. Once inside, they discover a powerful secret, but the city holds many dangers, deceptive temptations, and the promise of a freedom that could restore everything they have lost...

A Place in the West offers a compelling story and a complex and intriguing cast of all-new characters, drawing on the rich mythology of the Half-Life universe in an entirely new medium for the series. There will be six issues in total.

Why Greenlight for a Comic?
It is very important to note that A Place in the West is not a game, and does not feature any gameplay whatsoever; it is purely a comic book. So, you might be asking, why Greenlight? The simple and most elegant answer is that Steam offers a variety of opportunities for content developers, and we don’t think the platform needs to be limited to games. There are several comics already available on Steam, as well as movies and software – our thinking was, basically, why not comics too? And so, we wanted to embrace this distribution platform in order to reach the widest possible audience.

Do I need to be familiar with Half-Life?
Nope! As part of bringing this comic book to Steam, we are adding a 3-page prologue that will make it accessible to everyone. A Place in the West is also set in the interim between Half-Life and Half-Life 2, which means that you needn't be familiar with Valve's later games anyway. That isn't to say, however, that you won't find exciting things to enjoy if you are familiar with the series.

Features
A Place in the West's first issue will be made available for free using our specially designed app, and will include 5 entirely new pages.

CW3D Sep 24, 2016 @ 2:45am
If we had someone in the community that would but ALOT of work into making this somehow a game/mod, that would be amazing! With cutscenes and all... i guess X3

Ross  [author] Sep 21, 2016 @ 3:33am
Unfortunately not. The NE American setting would require a lot of custom content, and there's no way to pull off this kind of story in a game. It was built from the ground up to be a comic.

Favourite chapter? Well, we're pretty deep into the production of #2 at the moment and we're very pleased with how it's taking form - it's a big improvement on the first issue, at least in our opinion. Looking into the future, I have no idea how we're going to write #5...that'll be an exciting challenge.
< >

Half-Life: A Place in the West has been Greenlit and is now listed in the Steam store. For the latest information, purchase options, and discussions for Half-Life: A Place in the West, please see it on the Steam Store or in the Steam Community.
Visit Store Page
For more details Visit Community Hub
For latest discussions
If you really, really want to, you can continue to the Greenlight page. Information on this page may be out of date, since all the action has moved to the areas noted above.