Store Page
Total War: ATTILA>  Workshop > Namy's Workshop
This item has been removed from the community because it violates Steam Community & Content Guidelines. It is only visible to you. If you believe your item has been removed by mistake, please contact Steam Support.
This item is incompatible with Total War: ATTILA. Please see the instructions page for reasons why this item might not work within Total War: ATTILA.
Current visibility: Hidden
This item will only be visible to you, admins, and anyone marked as a creator.
Current visibility: Friends-only
This item will only be visible in searches to you, your friends, and admins. 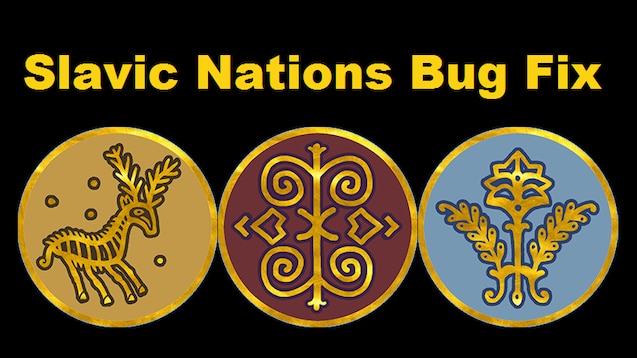 Namy
Offline
See all 99 collections (some may be hidden)
You need DLC to use this item.

Additional bug fixes
Reworked the debuff -50% income from commerce, industry and culture to work correctly.
Hidden traits for provincial security vs agents, compareable to other barbarian faction, were added.
Added garrison to the venedian farms (garrison will not be doubled if a double garrison mod is used).

Compatibility
This mod is save game compatible and should work with any other mod.
If used with a save game, the additionial garrison units are applied after ending a turn.

Check out my other mods:
Garamantian: -50% Public Order Penalty form other Religion
Since the Garamantians aren't really a desert kingdom in the near east, this mod compensate the trait Fractured Faiths.

Increased Precursor Building Instances
This mod is perfectly suited for the Venedians: It allows you to build and upgrade three precursor farms at the same time in one settlement to increase your income significant.
Or one can build a military recruitment city, without waiting until the first rally field is upgraded.Now one can build and upgrade up to three rally fields at the same time.
This will work for any precursor building that can be upgraded into at least two different ones.

IveGotNoIdea Jan 15, 2021 @ 10:13am
Mod doesn't seem to work for me. Venedians do not get increased income from farms, nor reduced income from culture/industry etc.

Masakrator Jul 5, 2020 @ 6:38am
Venedians were Slavic not Baltics, some of them mixed with Balts.

Exilarto Oct 4, 2019 @ 8:57am
Okay dumb question but are the Venedians the Baltics? If so didn't know they were considered slavic somewhat always thought they were like Scandinavians or the Finns?

Thank you again for contributing to the project! :)

I'll post a link once I finish the first version of the mod. :)

I'm currently working on an unofficial community patch for Attila combining all the fixes I can find on the workshop as well making them all compatible with one another.

I'd like to get your permission to use your mod as part of the patch. You will of course be credited and linked to in the description. :)