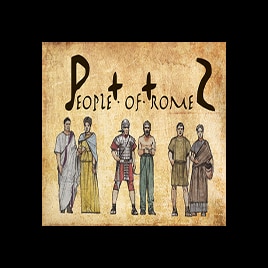 Magnar
Offline
See all 224 collections (some may be hidden)

This item has been added to your Subscriptions. Some games will require you to relaunch them before the item will be downloaded.
Description
Patch 18 and Empire Divided
People of Rome 2 adds a population mechanic to the game to add depth, immersion and an all round better gaming experience. Keep an ever watchful eye on how your population rises and falls and with it your own successes.

The first unit pack is now fully compatible with People of Rome 2! Forgotten Factions Unit Compilation by Will

Big thanks to Will and to Causeless for running him through the process.

This mod is for vanilla and will be added to both Vae Victis and Divide Et Impera. None vanilla unit packs not in the compatibility list are currently not supported.

Population in this mod is region based and represents the fighting age male population divided into 4 classes, Nobles, Warriors, Commoners, Foreigners with culturally specific variants of these given to each faction. All units will require population to recruit, the population class needed will be dependent on the units that you recruit.

Growth: Population will increase or decrease based on a number of factors including buildings, wars, settlement type, taxation and more. The tooltip shows an approximate growth and not an exact growth

Immigration: Will see people move to and from neighbouring regions within your empire. These movements are largely based on the ratio of each population class as well as a number of other factors. You can see how many people migrated to and from each region by hovering over the 3 people icon next to the regional population number

Economics: The size and ratio of the different population classes will also have economic and public order impacts on your settlements.

Conquest: When you capture a settlement, all the people of in that settlement will become foreigners and your citizen population will have to grow from scratch

Visit us and join the discussion People of Rome 2[www.twcenter.net]

The P++ is homage to Mitch's Populous (populous++) mod.

1. Is this being updated for RotR?
2. If the AI is not being able to use the classes how does it comes to properly work with recruits?

Stix_09 Jan 12 @ 8:01pm
Your question has prob be asked many times before so PLEASE check comment history and the change notes for this mod before asking. I gets very tedious to repeat answers.

Aslan Ponto Dec 3, 2021 @ 6:15am
I love playing with this mod, but I don´t understand exactly how it works. How do foreigners get converted into other classes? It baffles me that even after 20 turns since the conquest of a region it still doesn´t have enough population to recruit an army.

Sometimes weird things happens with the population: I remember one time when I checked it and I had like 1K 2nd class, so I decided to recruit there units the following turn, but then they suddenly dissapeared.

I also find strange that even after 100 turns my 1st class population in my capital is really low.

P.S. I know about the mechanics such as low taxation, building certain buildings which provide a bonus for a specific citizen class, but still it doesn´t work for me. In my last campaign I´ve had low taxes and full temples in my region capital and I´ve only been able to have a reliable source of elite units from a region inherited from other faction (Join Confederation).

Carnage for Khaine Aug 29, 2021 @ 12:40am
@Litharion is it compatible with rise of republic? some etruscan units from rise of republic show"error unit has no class key assigned"

Marcus Licinius Crassus Jun 1, 2021 @ 11:47pm
can someone make the mod for the german language compatible