Greenlight > Games > AutoAttackGames's Workshop
Greenlight is being retired. For more information on how to submit games to steam, refer to this blog post.
This item has been removed from the community because it violates Steam Community & Content Guidelines. It is only visible to you. If you believe your item has been removed by mistake, please contact Steam Support.
This item is incompatible with Greenlight. Please see the instructions page for reasons why this item might not work within Greenlight.
Current visibility: Hidden
This item will only be visible to you, admins, and anyone marked as a creator.
Current visibility: Friends-only
This item will only be visible in searches to you, your friends, and admins.
Legion TD 2
Description Discussions0 Announcements2 Comments157 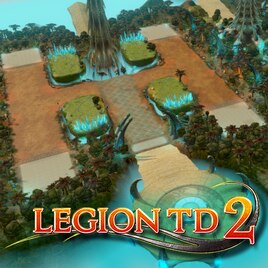 AutoAttackGames
Offline
See all 31 collections (some may be hidden)
Kickstarter

View Legion TD 2 in the store

It's the home stretch of the Kickstarter. What better way to celebrate than to play some games?

We’re live on Reddit doing an AMA! Ask us anything for the next 2 hours.

If you like Warcraft III custom games, check out the latest update:

Read More
Description
Release date: Early 2017
On the planet Nova, fantastic creatures of every nature lived in harmony. But a strange sickness gripped the once-verdant paradise, and strife runs rampant. A few proud legions still stand tall, but each dawn brings a new wave of peril... 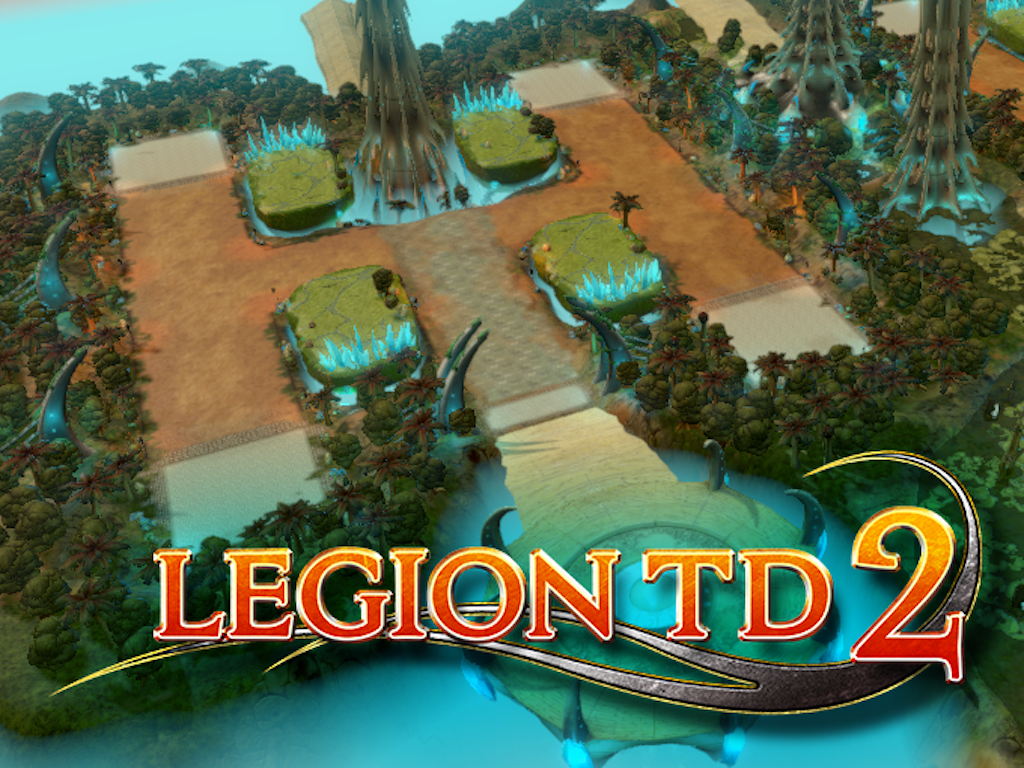 Legion TD 2 is the first ever 4v4 competitive TD. A fully-fledged game from the team that made the classic Legion TD mod.

FEATURES
The multiplayer closed beta is scheduled to launch late 2016 with the starting 4 playable legions (races), all 20 creature waves, and all 16 mercenaries. After the closed beta is stable, we'll be adding new content and improving & balancing the game for years to come.

OVERVIEW
A Legion TD 2 match is played by two teams of four players on a symmetric playing field, each side consisting of four lanes and a throne room. Each player defends their own lane against waves of enemy creatures that threaten the team's king. The team whose king survives longer, wins. From start to finish, a match lasts about 25 minutes. 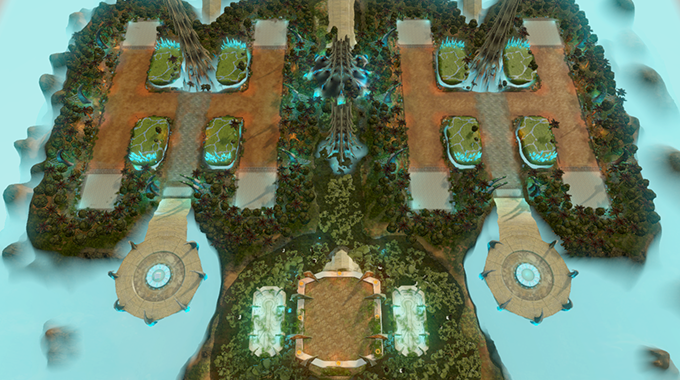 GAMEPLAY
Like a TD, your role is to build defenses. But instead of placing towers, you deploy dynamic fighters that come to life. 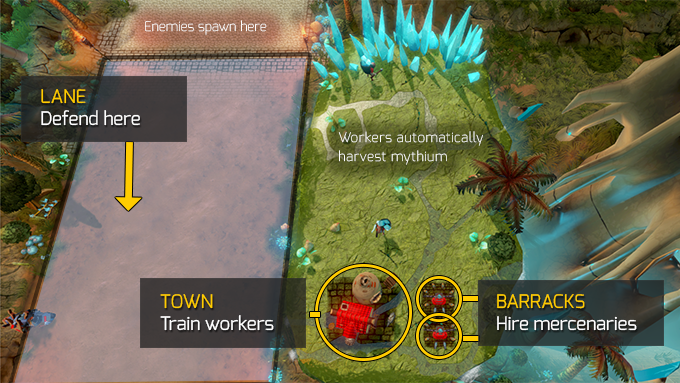 Defend your lane. You start with 300 gold. Spend gold to deploy fighters on a fixed grid. You can't move a fighter after it is placed, so plan your formation carefully.

Your fighters come to life. Each round, your fighters battle a new wave of enemy creatures. Your fighters move, attack, and cast spells automatically! 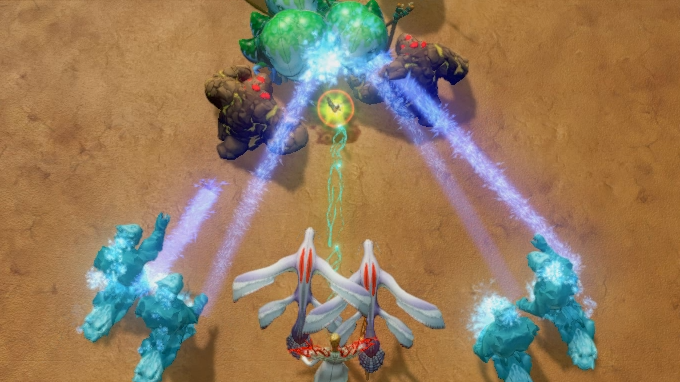 The round ends. After each wave of creatures is defeated, your fighters return to their original formation. You receive gold for completing the round.

Prepare for the next round. Spend gold to deploy additional fighters or upgrade existing ones. Each wave of creatures is stronger than the last, so be prepared!

Hire mercenaries. Spend mythium, a secondary resource, to hire mercenaries to attack the opposing team. Each mercenary you hire also permanently increases the gold income you receive at the end of each round. Mythium is passively harvested by workers. You can spend gold to train more workers at your Town. 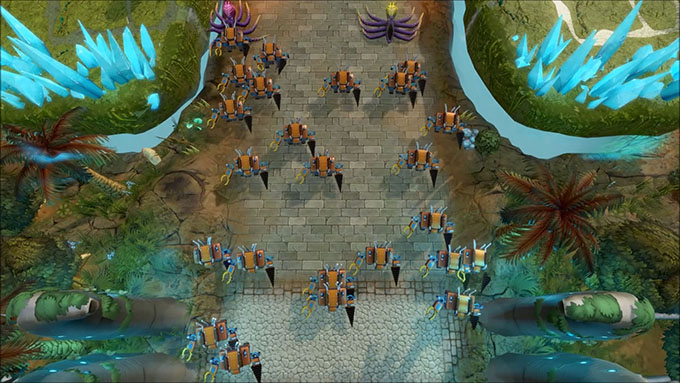 Protect your king at all costs. Your fighters are the first line of defense. If enemies make it past your fighters, they will attack the king. If your king dies, you lose. 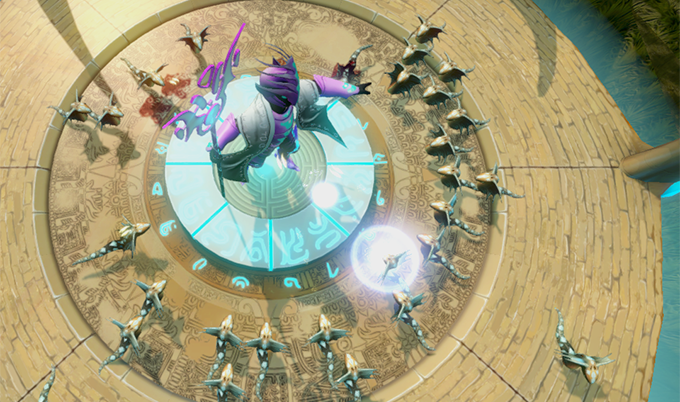 Resources are finite, and the waves of enemies are endless. The only way to win is to force the other team's king to be defeated before your own.

SUMMARY
All in all, you get the low-stress, "build defense, then watch the fight" experience of a tower defense, but with the gameplay depth of a competitive esport. 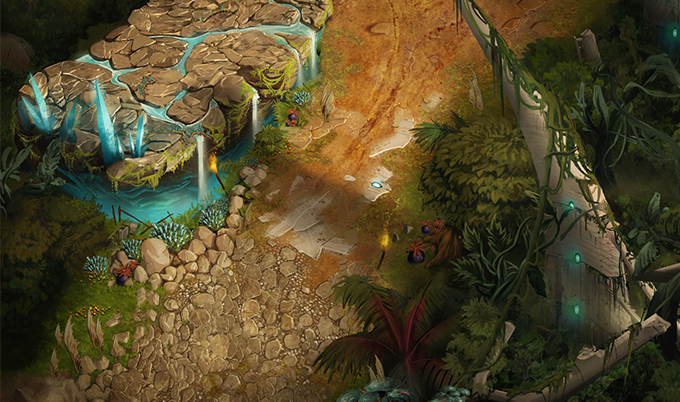 Glad you guys did that. Thumbs up + noticed. That`will be awesome. Im still playin it sometimes in wc3

Legion TD 2 has been Greenlit and is now listed in the Steam store. For the latest information, purchase options, and discussions for Legion TD 2, please see it on the Steam Store or in the Steam Community.
Visit Store Page
For more details Visit Community Hub
For latest discussions
If you really, really want to, you can continue to the Greenlight page. Information on this page may be out of date, since all the action has moved to the areas noted above.