Greenlight > Games > Don Robeez's Workshop
Greenlight is being retired. For more information on how to submit games to steam, refer to this blog post.
This item has been removed from the community because it violates Steam Community & Content Guidelines. It is only visible to you. If you believe your item has been removed by mistake, please contact Steam Support.
This item is incompatible with Greenlight. Please see the instructions page for reasons why this item might not work within Greenlight.
Current visibility: Hidden
This item will only be visible to you, admins, and anyone marked as a creator.
Current visibility: Friends-only
This item will only be visible in searches to you, your friends, and admins.
Rising Legends
Description Discussions1 Announcements6 Comments139 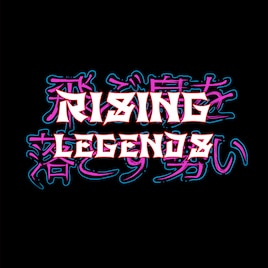 Rising Legends will be playable during the Dutch Animecon on June 10th. Try out the game alone or together with your buddy.

Word goes that bandits are causing havoc on the streets. It is time for Kimi and Aimi to use their latest skills and techniques to defeat them!

Added to that, a new game mode will also be playable during this event. More information on this when the time arrives.

My apologies for not posting anything the last few months. In the time being I have been busy with the last stretch of college for this year as well as having to both look and move to a new place to live.
Now that is out of the way, plus now it is the Summer holidays I have more time to focus on Rising Legends.

Q: How far are you with the game?
A: I'd say pretty far, but there is still a lot of work left. Overall design and environments are near completion. There's still a ton of characters I want to implement into the game, both for the player to choose from and unique enemies. Aside from that I am still planning to overhaul and implement new frames so everything looks a lot smoother. There's also SFX and VFX left to do.

Q: I like dogs.
A: Err, that's not really a question. But there is something in the works for reveal in the future. :)

Currently, I am working on things to actually show what's more that is coming up.

Read More
Description
Release date: TBA
Challenge yourself in this co-op arcade beat 'em up game. Face the corruption that has spread throughout Neo-Tokyo and fight against countless gangs and take down the Yakuza. Counter attacks and dodge bullets as you rise to become a new legend!

Cities have fallen to corruption, thugs roam the street and Yakuza have taken power. Innocents are killed every day and there is noone there to help.

A group of martial artists have teamed up with a mission to clean up the dirt. Together with the help of martial arts and technology they are prepared for anything.

Rising Legends puts an interesting take on the genre with inspiration from various fighting games. Block and counter attacks, dodge bullets and use the environment to your advantage.

Don Robeez  [author] Mar 13, 2019 @ 3:00pm
Hey wingzero5555,
My apologies for keeping you waiting for so long, I'm doing my best to finish the game!
There has been a lot of progress and the game is pretty close to being finished.
Really appreciate your interest, hopefully I can make it worth the wait.

Don Robeez  [author] Mar 22, 2018 @ 11:23am
Heya wingzero5555, the game is still in development! Just not as fast as I would like since I am really busy with college and work. Sorry for not keeping everyone up-to-date :(