Greenlight > Games > S4G School for Games's Workshop
Greenlight is being retired. For more information on how to submit games to steam, refer to this blog post.
This item has been removed from the community because it violates Steam Community & Content Guidelines. It is only visible to you. If you believe your item has been removed by mistake, please contact Steam Support.
This item is incompatible with Greenlight. Please see the instructions page for reasons why this item might not work within Greenlight.
Current visibility: Hidden
This item will only be visible to you, admins, and anyone marked as a creator.
Current visibility: Friends-only
This item will only be visible in searches to you, your friends, and admins.
R E P L A C E D
Description Discussions0 Announcements5 Comments304 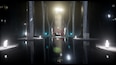 S4G School for Games
Offline
See all 20 collections (some may be hidden)
Recent Announcements View All (5)
Want to stay updated? Do you have any questions?
August 1, 2016 - Beepbep


Do you have any questions? Visit our subreddit /r/replaced

Hey guys.
It was a bit quiet around Replaced in the last 2 months, but dont worry - we are still working hard on the game.

But why was it so quiet?
Well, there are multiple reasons. The game has been greenlit. That was (and is) a huge thing for us. What started as a little student project might now get pretty big. We had to discuss many things and also had to plan accordingly. So we decided to completly concentrate on preproduction first and the result of this ~2 month phase are some changes we will inform you about soon.
But as of right now we are back to full-on production aaaand yeah. We plan to release Replaced on Steam some time in Fall this year!

Also: we recieved so much positive feedback and really helpful critique. Thank you very much for that.
There will be more updates again now - so stay tuned and see you soon!

REPLACED is a First-Person Puzzle Game, where the player plays the main character Leika Antaris. Trapped in an alien temple, the only way out is to solve puzzles by using an ancient alien technology.

Replaced is a first-person puzzle game by an aspiring and excited new team.

In Replaced, the player is challenged with a new way of navigation. The player needs to change his own position with certain objects, to solve puzzles and gain access to new areas.

In Replaced the player slips into the shoes of the female Pilot Leika Antaris. Thrown out of hyperspace, due to technical issues of her space ship, Leika crashes on a foreign planet. The ship got badly damaged during an attempt of landing and now Leika is looking for help in an alien temple located nearby. But instead of finding help, she got trapped inside the temple and has to find her way out.
Using the ancient alien technology she found lying within the temple, Leika is able to change her position with certain objects and make her escape.

When will the game be released?
Replaced is coming in Fall 2016.

Will the game go Early Access?
No, we decided that a full Release is more suitable for our Development Plans.

Can I already play a Demo?
Yes you can! Just go over to our IndieDB Page and download a playable Demo. Keep in mind it is still in development, so things may change.

ReadySetIndieGames Jan 18, 2017 @ 8:56am
The graphics are beautiful just reminds me a bit of Portal. Interested into see where this actually goes.

Mildly Offensive Salmon Apr 18, 2016 @ 2:28pm
300th comment. Congratulations on getting Greenlit! This game looks like it will be a lot of fun! Hard to believe it's gonna be free.