Store Page
XCOM 2>  Workshop > Rayman!'s Workshop
This item has been removed from the community because it violates Steam Community & Content Guidelines. It is only visible to you. If you believe your item has been removed by mistake, please contact Steam Support.
This item is incompatible with XCOM 2. Please see the instructions page for reasons why this item might not work within XCOM 2.
Current visibility: Hidden
This item will only be visible to you, admins, and anyone marked as a creator.
Current visibility: Friends-only
This item will only be visible in searches to you, your friends, and admins. 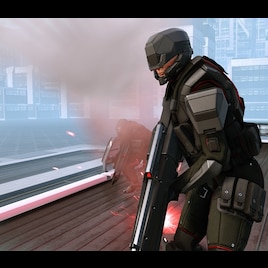 Rayman!
Offline
See all 824 collections (some may be hidden)

This item has been added to your Subscriptions. Some games will require you to relaunch them before the item will be downloaded.
Description
Gives Advent Captains the ability to call reinforcements to help them in the battlefield! Now with a .ini file to customise the type of reinforcements called!
This ability can only be used once, and will only be used by the AI when he sees that you've wiped out all his buddies (is alone and facing multiple enemies). Hopefully this makes a previously underwhelming unit more dangerous, shifts player targetting priorities, and expands on a enemy unit concept that could have been so much more.

The ability uses one action point, allowing the captain make another move when called, or move to better cover before calling. The reinforcements are always on the alien team, and adapt to the players force level as usual (meaning harder enemies further into the game).

ChangeLog 19/02/16:
- Added .ini file to allow custimisation of the types of reinforcements called, and the distance it will try to call them to.
- Descriptive comments on how to change the reinforcements and create custom sets
- No longer spawns the in the center of the Xcom Squad, but a random direction, and your set amount of tiles, away.
- Default is 20 tiles away, but the game will always, no matter what you set the value too, spawn them within line of sight
Popular Discussions View All (1)

Have a request on a new mod you may like.
MrShadowCX
< >
222 Comments

What's An Airport? Aug 27, 2018 @ 6:09pm
So if you mind control an officer, what happens if you try to activate the ability? Do you call a pod of ADVENT? It would be cool if you use this and the best avalible XCOM agent is called in to assist.

Wilko Sep 12, 2017 @ 4:21pm
I've used a mix of your and Farkyrie's code for a stand-alone WOTC version of the officer reinforcements ability - I've credited you both in the description, but if you have any issues with the code being used this way, please let me know. Many thanks.

Shebang! Sep 6, 2017 @ 8:51pm
It would be nice to see this updated, I enjoyed the challenge of having to keep an eye on the advent officers.