Store Page
Cities: Skylines>  Workshop > Katalyst6's Workshop
This item has been removed from the community because it violates Steam Community & Content Guidelines. It is only visible to you. If you believe your item has been removed by mistake, please contact Steam Support.
This item is incompatible with Cities: Skylines. Please see the instructions page for reasons why this item might not work within Cities: Skylines.
Current visibility: Hidden
This item will only be visible to you, admins, and anyone marked as a creator.
Current visibility: Friends-only
This item will only be visible in searches to you, your friends, and admins. 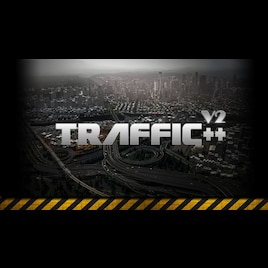 sniggledigit
Offline
See all 2981 collections (some may be hidden)

This item has been added to your Subscriptions. Some games will require you to relaunch them before the item will be downloaded.
Description
Roads tools and features
v. 2.0.12 - 29/11/2016

This mod is a spinoff by the Network Extensions team of the original Traffic++ mod by JFarias.

Also, this mod will be the base for the upcoming Transit Addon Mod (TAM) that will regoup all your favorite transit tools. By subscribing to this mod, you will automaticaly receive future optimizations (much needed) and new addons that will be bundled here.

Known issues:
-A game reboot is required when activated
-Realistic speed feature is not working properly
-Lane speed editing is not reflected in the vehicle speed

zin Aug 28 @ 3:47pm
An updated version of this mod would be fantastic!

Details:
System.Reflection.TargetInvocationException: Exception has been thrown by the target of an invocation. ---> System.Exception: TFW: Original method StartPathFind has not been found for redirection
at Transit.Framework.Redirection.Redirector.PerformRedirections (UInt64 bitMask) [0x00000] in <filename unknown>:0
at CSL_Traffic.TrafficMod.OnEnabled () [0x00000] in <filename unknown>:0
at (wrapper managed-to-native) System.Reflection.MonoMethod:InternalInvoke (object,object[],System.Exception

MisterPookie Mar 24 @ 4:24pm
This is such a funny thing for some random internet asshole to keep coming back to to be upset with.