Greenlight > Games > Watercress's Workshop
Greenlight is being retired. For more information on how to submit games to steam, refer to this blog post.
This item has been removed from the community because it violates Steam Community & Content Guidelines. It is only visible to you. If you believe your item has been removed by mistake, please contact Steam Support.
This item is incompatible with Greenlight. Please see the instructions page for reasons why this item might not work within Greenlight.
Current visibility: Hidden
This item will only be visible to you, admins, and anyone marked as a creator.
Current visibility: Friends-only
This item will only be visible in searches to you, your friends, and admins.
Palinurus
Description Discussions1 Announcements4 Comments53 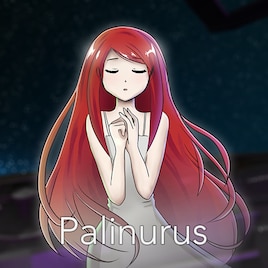 pisses on your snow
Offline

Watercress
Offline
See all 21 collections (some may be hidden)

View Palinurus in the store

Fare Thee Well has been Greenlit! Congrats to the rest of the Watercress team, and thanks for everyone's support! Release date is TBD, but we will keep everyone posted. Thanks again for your support!

Palinurus. The story of the ocean of stars. Joy, beautiful sparkle of the gods. Daughter of Elysium.


After two long years, our 2015 NaNoRenO game is finally coming to Steam! With remastered visuals, updated music, and redone interface, we are extremely proud to unveil our first Steam release. Download it for FREE here on December 9th!

We would never have had this opportunity were it not for the hard working people in Watercress. A big thanks to everyone that came together to make our dream a reality, and an even bigger thanks to all of you that supported us on Steam Greenlight.

I hope you enjoy our game!


If you have any questions or feedback, feel free to comment on our Steam page, or contact us directly on our Gmail (watercress.studios@gmail.com), subreddit, or Discord Server[discord.gg]!

Read More
Description
Release date: December 2016
Palinurus is a Kinetic Visual Novel that was created in two weeks for the 2015 NaNoRenO Visual Novel Jam. One year after the initial release, we are proud to announce the Palinurus Anniversary Edition, which features new sprites, backgrounds, music, a completely redone UI, bug fixes, and more.

A drifting traveler boards a one-man space shuttle destined for Alpha Centauri. This shuttle is piloted by Budapest, an artificial intelligence program designed to serve humanity. She is a hardworking, diligent program, just a little naïve to the ways of the universe, and intensely dedicated to her directive. But when disaster unexpectedly befalls their ship, the two of them are sent careening through uncharted space, left with dire prospects for rescue.

Stuck in a floating cockpit drifting through the empty ocean of stars, they have only each other to rely on. Between interesting discoveries both old and new, Budapest quickly develops new traits and quirks beyond her programming. As she attempts to navigate her own troubled seas, the passenger discovers that there is more to this program than previously expected.

Watercress is an international, internet-based group of volunteer developers who work together to have fun and create interesting stories along the way. Feel free to check out some more of our work over at watercressstudios.com !
Popular Discussions View All (1)

When is this getting released?
NABN00B
< >
53 Comments

[BOOF] Solidarity  [author] Feb 25, 2016 @ 7:26pm
Palinurus has been successfully Greenlit! On behalf of the entire team, I would like to extend our immense gratitude to everyone who helped vote for us throughout this entire process. Thank you all.

Palinurus has been Greenlit and is now listed in the Steam store. For the latest information, purchase options, and discussions for Palinurus, please see it on the Steam Store or in the Steam Community.
Visit Store Page
For more details Visit Community Hub
For latest discussions
If you really, really want to, you can continue to the Greenlight page. Information on this page may be out of date, since all the action has moved to the areas noted above.