Greenlight > Games > SuperPunkGames's Workshop
Greenlight is being retired. For more information on how to submit games to steam, refer to this blog post.
This item has been removed from the community because it violates Steam Community & Content Guidelines. It is only visible to you. If you believe your item has been removed by mistake, please contact Steam Support.
This item is incompatible with Greenlight. Please see the instructions page for reasons why this item might not work within Greenlight.
Current visibility: Hidden
This item will only be visible to you, admins, and anyone marked as a creator.
Current visibility: Friends-only
This item will only be visible in searches to you, your friends, and admins.
The Last Leviathan
Description Discussions2 Announcements11 Comments498 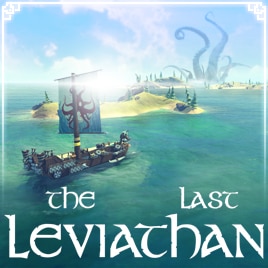 SuperPunkGames
Offline
See all 33 collections (some may be hidden)

View The Last Leviathan in the store

Store page
Recent Announcements View All (11)
DevLog #6 Release Date Announcement!
June 17, 2016 - Kimmykix
Happy Friday everyone!
This week we are all very exhausted but VERY excited to announce that The Last Leviathan will release into Steam Early Access on June 22nd (next week!). We also have a store page now, go check it out!

The initial build we will be releasing to you all on Wednesday, will have a few gamemodes for you all to play, including:
We also have full steam workshop support, for uploading your favorite designs to share with your friends, or download your friends designs to test, or battle against.
We are all VERY excited to finally be able to make TLL available for you all to purchase and play.

I would love to direct you all once again, to our various social media websites, where you can further discuss TLL And report any bugs you may come across: 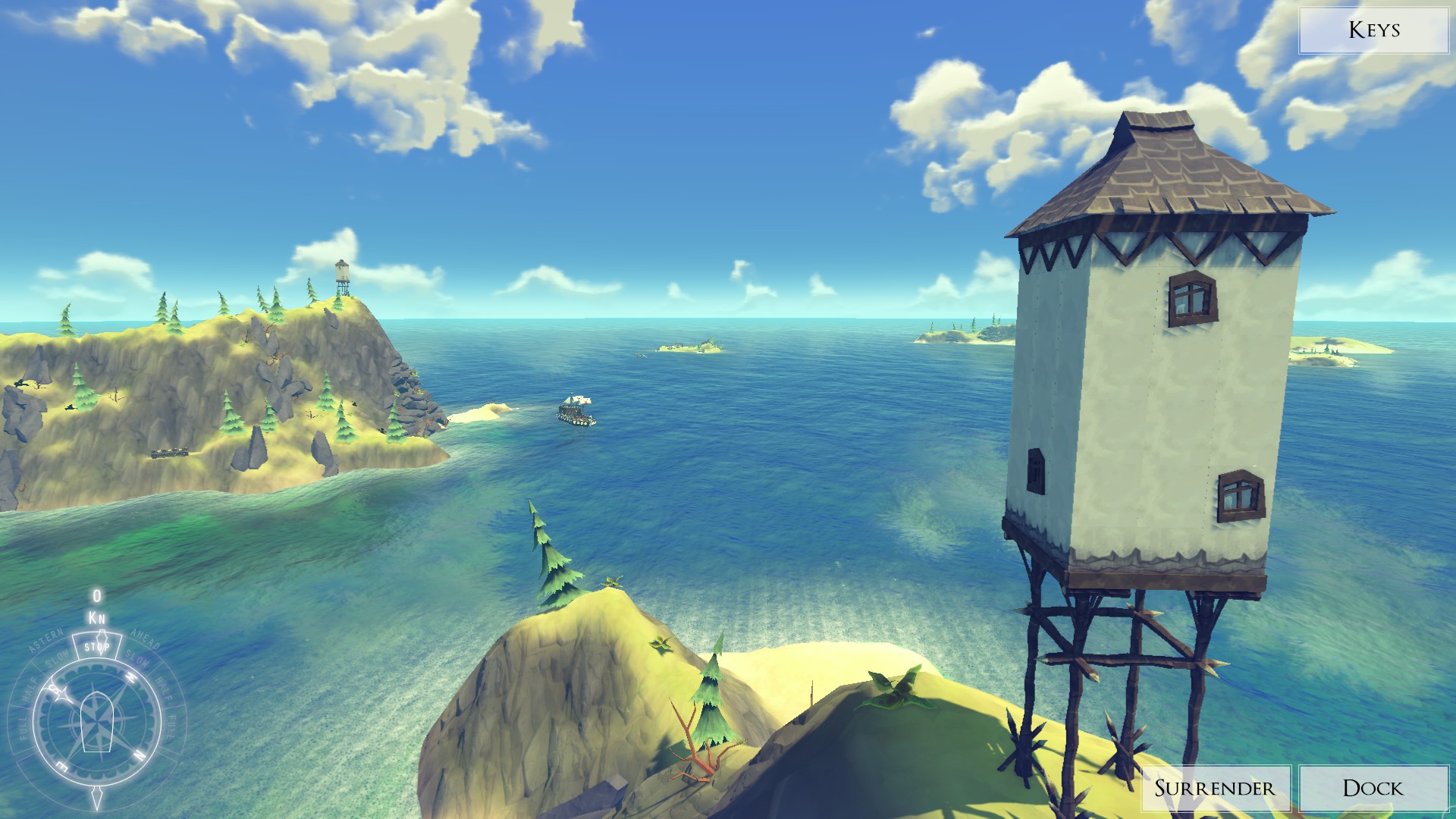 Actual Devlog:
This week has been the busiest overall for us, and there are SO many changes that I can’t list every single one, but here is an overview of most of the changes done this week: 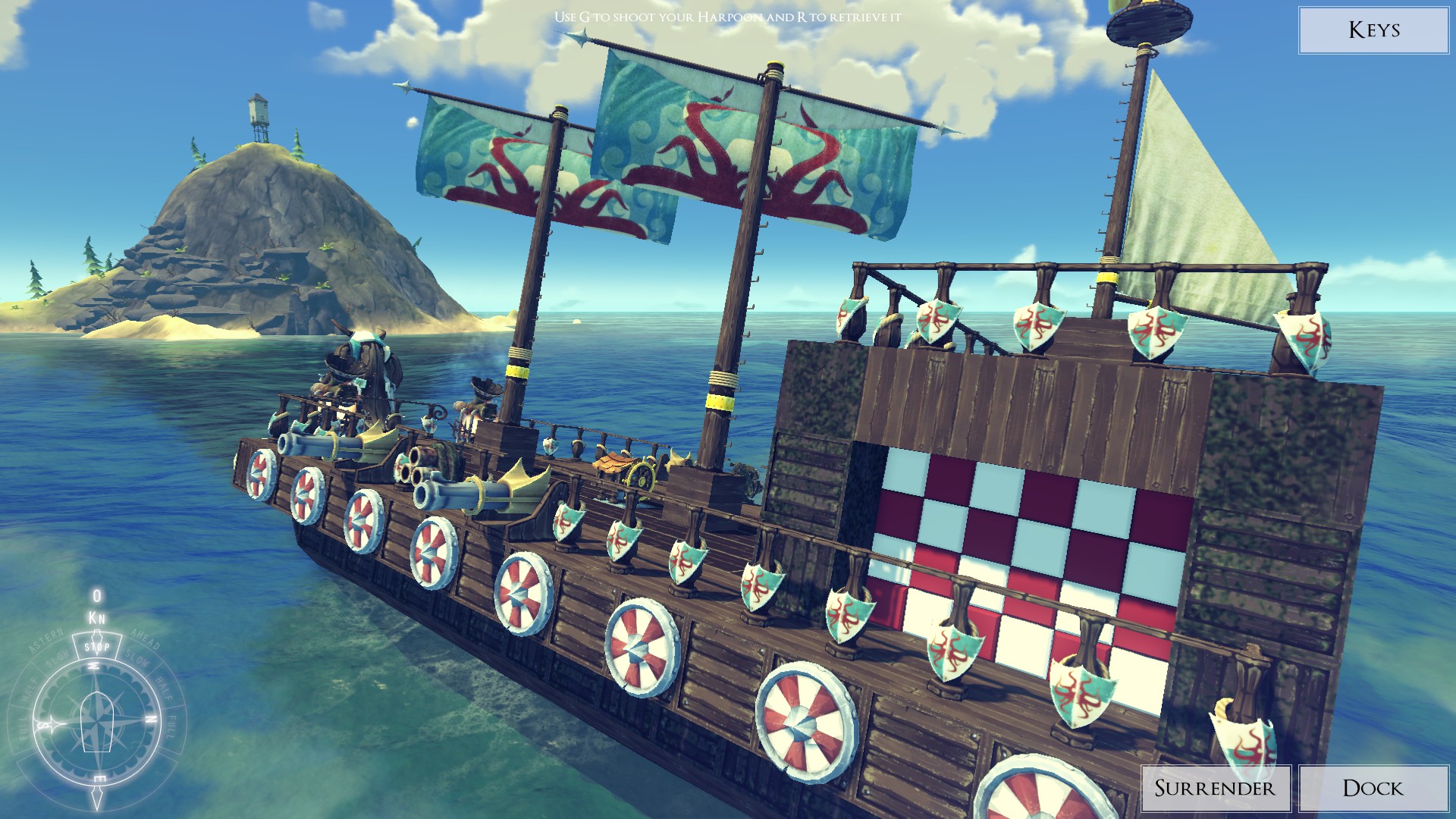 So as you can see we’ve been VERY busy, working our butts off to make sure the build you all will be able to play on Wednesday is a stable, and enjoyable one! We really hope you enjoy it, and any and all feedback is appreciated!

Thanks, and see you in-game on wednesday! (fingers crossed)

-Kimmy
Read More
DevLog #5 Full Steam Ahead!
June 10, 2016 - Kimmykix
Happy Friday Everyone!
This week has been a bit exciting, since there has been a lot of work done on getting TLL ready to be put on steam! Now we still have a lot of work before we can release it to everyone through early access, but just having the game on steam is a big step forward towards that goal! We also have been working on Steam Workshop integration at the same time!

Other things that have been done this week include:

- Now when going out of bounds, the game will warn you with a timer, and reset you.

- Updates to ship building, including the bounding box being made larger, and it is now a lot easier to tell if you are placing a block inside the area of another block. also now you can move your ship design around inside the bounding box with the arrow keys, and Pg Up and Down.

- Improvements on the Battle Seas/ Sequential Battle gamemode, and being able to start over at any time during it.

- Minor improvements to the tutorials.

Lasty for this week, We have a great gameplay video to show you! It is footage of a couple pretty intense fights in the Battle Seas gamemode, and all in buttery 60FPS goodness!


See you next week!

The Last Leviathan is a physics-based, ship building and destruction game. You construct battle ships to crush your adversaries and massacre the monsters you encounter around the ancient seas of Middenhir.

On your voyage to uncover where The Last Leviathan lies you will discover a world full of rival ships, mythical monsters, wrecked flotsam, physics-puzzles and hidden treasures.

Naval Encounters
Across the busy seas of Middenhir you’ll encounter many ships from clans far and wide. Some will be friendly and want to trade, others are looking for blood and booty - Yours!

Battling Monsters
Some say these behemoths are the descendants of The Last Leviathan, others just refuse to accept that they exist. Once you’ve seen one on the horizon you’ll wonder how you ever thought of anything else.

Monster battles will be the pinnacle of your experience in The Last Leviathan. You’ll need to analyse the monster’s weaknesses, craft bigger weapons, build a specialised ship and then release the dogs of war with true, commanding skill.

Voyage: Build, sail, navigate and fight across the seas, unveiling the secrets of Middenhir in a voyage of survival and discovery.

Creative: Completely open sandbox for you to be inventive or just enjoy the sights and relax in.

Battle Seas: An ocean of fights and challenges including: survival, last man standing, racing, waves, and many more that we (and you) haven't thought of yet!

Full Steam Workshop integration allowing your ship designs to be shared and battled with or against. Leaderboards will track your uploaded ship’s performance in battle against members of the community.

You'll be able to Mod in many ways from Ship-AI, Cannon-AI, ship block creation and eventually Battle Seas events.

We plan on releasing a limited set of polished features for both Battle Seas and Creative modes into Early Access in Q4 2016. Voyage mode & Real-time multiplayer will be developed during Early Access.

We’ll be releasing on PC initially, then Mac and Linux versions during Early Access.

To get in touch, you can find us hanging out on Facebook here: Super Punk Games On Facebook[www.facebook.com]
Or twittering here: @The_Last_Levi

GANJAJESUS Oct 11, 2016 @ 8:28am
Hello,
My name is Atreya, Moderator of GomesCorp Community and Steam group. I am an Indie Game Developer & also support Indie Developers in many ways, such as, Indie Dev Counselling, Digital Marketing, Greenlight Help, Press Reviewing, BETA Testing, Curation.
I am requesting you to send me a couple of keys for your game, it really looks amazing. We would like to cover it on our website, news and YouTube, social media channels. Henceforth, boosting your games online presence, popularity and recommendations.
Additionally I have added you developers on Steam for you to contact me, if not drop a request on my Steam ID : atreya_god and E-Mail the keys at atreyadutta3@gmail.com.
For additional services like giveaways etc. visit.
Website: www.GomesCorp.com
Thanks

inadvertent blabber May 30, 2016 @ 2:22am
it looks like real goer, please check out my multiplayer fps simulator called Wake up

The Last Leviathan has been Greenlit and is now listed in the Steam store. For the latest information, purchase options, and discussions for The Last Leviathan, please see it on the Steam Store or in the Steam Community.
Visit Store Page
For more details Visit Community Hub
For latest discussions
If you really, really want to, you can continue to the Greenlight page. Information on this page may be out of date, since all the action has moved to the areas noted above.