Store Page
XCOM 2>  Workshop > FZeroRacer's Workshop
This item has been removed from the community because it violates Steam Community & Content Guidelines. It is only visible to you. If you believe your item has been removed by mistake, please contact Steam Support.
This item is incompatible with XCOM 2. Please see the instructions page for reasons why this item might not work within XCOM 2.
Current visibility: Hidden
This item will only be visible to you, admins, and anyone marked as a creator.
Current visibility: Friends-only
This item will only be visible in searches to you, your friends, and admins. 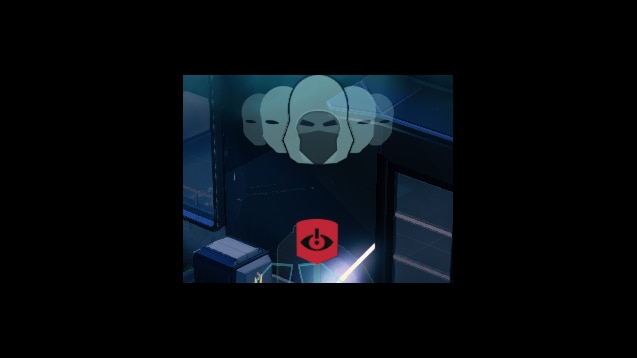 FZeroRacer
Offline
See all 1936 collections (some may be hidden)

This item has been added to your Subscriptions. Some games will require you to relaunch them before the item will be downloaded.
Description
*README*
Hey everyone, I wanted to thank you for supporting my mod! I was surprised at how popular it became, far past even my wildest dreams. I wish I could've made more changes or updates to my mod but shortly after my last release I ended up getting a full time software dev gig which sapped my motivation to continue working in my free time.

I wanted to make this update because pretty much this entire mod has been incorporated into War of the Chosen. There are new configuration options to make timers not trigger until you break concealment plus it's now easy to customize the timers without any knowledge of coding or modding. See:
https://www.reddit.com/r/Xcom/comments/6wryin/so_mission_timers_appear_to_be_fully_customizable/

I'll be leaving this mod page up for people who do not have the expansion but I likely won't be updating it. If you subscribe or stay subscribed though I always appreciate the support as I'm looking to hopefully move into game development. Again, thanks for all of your support!

*NOTE: Any mods added during a campaign will require that campaign to have said mod on at all times, or else you will not be able to load the save!*
*This mod works with other timer-affecting mods*
*Currently incompatible with Long War 2*
If you're looking for something a bit easier, here's the version without the downgraded timers http://steamcommunity.com/sharedfiles/filedetails/?id=619816174 (Not recommended, will make the game too easy etc.)

This mod seeks a nice middle area between outright removing the timers and extending them. In mission types where you start concealed, the timer will not tick until your squad has been discovered.

0.4: Added configuration files which allows you to edit whether or not the dark event is enabled and how many turns you lose when the event is active. Default is set to On and the values are default 50% (3 and 5 turns lost, respectively). DEVal_Small affects missions with less than 10 turns and DEVal_Large affects missions with 10 or more turns. These values can be edited within XComTrueConcealment.ini.

Note that disabling the dark event only works when you start a new campaign; it'll still be in the pool of available dark events in the middle of a campaign.
Popular Discussions View All (7)

The "New Dark Event" added by this mod
Janeway

This mod but without the reduced timer?
Nar-Wall

There are TWO .ini files with the same settings. I know the description says to edit XComTrueConcealment.ini but I just went and changed the default values in the other file as well, just to be extra safe. I advise you do the same.

Thanks @FZeroRacer for the mod :)

DarkArchonHUN Jan 1, 2020 @ 4:09am
It seems it doesn't work in WOTC. The timers won't change even if I revealed. Moreover, this might cause a game-breaking bug, I couldn't complete mission objectives. The game didn't detected I killed all enemy or didn't detected I picked up a package. That's too bad, because this would be the most awesome mod of all.

matt Aug 6, 2018 @ 7:45am
i downloaded this so that guerilla ops wouldn't be such a pain in the ass, but the dark event this adds just makes things twice as worse. i wish i could turn this mod off mid-campaign. i prefer the urgency of vanilla over the tedium the dark event brings

the dark event doesn't actually make the timed missions more difficult (aside from a few), but it forces you into an extremely cautious playstyle spamming scanners and spending a shitload of turns making sure you're set up perfectly before executing. VIP missions become ridiculously unforgiving and having a good hacker specialist is now mandatory for the other mission types. the mod would be balanced as it is with reduced timers but god knows why you snuck in the dark event rather than making a separate mod page for it.

worse, the mod sometimes doesn't work and the counter begins ticking down after the first turn. i haven't encountered this bug during the dark event, thankfully. but i imagine if it did manifest, that would be gg

nobubblegums Aug 2, 2018 @ 8:20am
Works for me, it may even be working too well. With all respects to the modder, do yourself a favor and disable the dark event added by this (or at least reduce the penalty to 25%). Description says disabling it wouldn't work on existing campaigns, I'm guessing reducing the penalty also wouldn't work, but did anyone try that?

That said, I remember timer counting down before I was revealed at one mission, I guess it was Destroy Relay. I'm not sure whether the mod edits that mission though, it would stand to reason if it doesn't.

Den Kaipa Mar 4, 2018 @ 2:37pm
To everyone commenting, please read the mod description. This mod is no longer updated.