Greenlight > Games > Silver Sword's Workshop
Greenlight is being retired. For more information on how to submit games to steam, refer to this blog post.
This item has been removed from the community because it violates Steam Community & Content Guidelines. It is only visible to you. If you believe your item has been removed by mistake, please contact Steam Support.
This item is incompatible with Greenlight. Please see the instructions page for reasons why this item might not work within Greenlight.
Current visibility: Hidden
This item will only be visible to you, admins, and anyone marked as a creator.
Current visibility: Friends-only
This item will only be visible in searches to you, your friends, and admins.
Spectrubes
Description Discussions1 Announcements3 Comments38 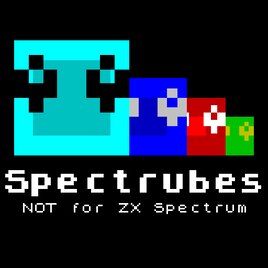 Silver Sword
Offline
See all 8 collections (some may be hidden)

View Spectrubes in the store

My new game - Spectrubes - is finally out! I'm infinitely happy for this event! I hope you'll enjoy the game

The game costs $1.99, but there's a 15% of discount on the first week after release, so hurry and buy it for the better price! Spectrubes is available for Windows, OS X, Linux and SteamOS on Steam, itch.io and IndieGameStand. Anyone who bought the game in the Groupees bundle can get their Steam keys and play now!

On another note, just a few days before the release I was contacted by a translator who offered to help create a French version of the game! I'd like to thank him for his work very much. His name is Enzo (http://twitter.com/EnzoPiou). Please give him a follow!
I'd like to remind you that you can also watch for updates on the official Twitter account: http://twitter.com/SpectrubesGame

If you have any comments or wishes or find any bugs, please inform me about them via Steam discussions, or on itch.io, and I will gladly take care of them!

Thank you for your interest in the game!

Hello, dear fans of the game!
I'm glad to announce that Spectrubes has passed the Steam Greenlight, and it took 21 days! The game is definitely coming out on Steam! Thanks to everyone for voting! By the way, until the 29th of February, you still have the chance to get our game[groupees.com] in the Groupees "Build a Greenlight #39" bundle! Hurry up!
Yours, Vyacheslav Mironov!

Read More
Description
Release date: February-March 2016
A new addictive puzzle game from the creators of Big Journey to Home, inspired both by the eighties and the modern games – we present Spectrubes!

Do you remember the times when many had a wonderful machine under the name of ZX Spectrum, or, perhaps, a Commodore 64? Our game will help you remember, and if you haven’t been around for that, it will let you travel back in time to see!

In our game, Spectrubes, you control a cube. But not one – several, and at the same time! The key idea is that they move very differently! One of the cubes may move up, but another one will move down.

But not all cubes in the world of Spectrubes are friendly. Some of them are hostile, and will not let you freely enjoy your life. Avoid them unless you want trouble!

Use your environment and the game mechanic to complete a hundred of different levels! Are you ready for your adventures and trials, for the world of ZX Spectrum and cubes?

Key features
Release details
The game will be released on Steam at the end of February or the beginning of March for a small price. The game will feature the following Steam capabilities: achievements, highscores, cloud saves, trading cards. The game will be available in Russian, English, German and Ukrainian. More languages may be introduced later. No Early Access releases are planned. An early demo is currently available, which shows off the first ten levels of the game.

danalyze Feb 14, 2016 @ 7:57am
Awesome game!Voted and bought it through Groupees's Build A Greenlight Bundle 39.Best wishes!

Spectrubes has been Greenlit and is now listed in the Steam store. For the latest information, purchase options, and discussions for Spectrubes, please see it on the Steam Store or in the Steam Community.
Visit Store Page
For more details Visit Community Hub
For latest discussions
If you really, really want to, you can continue to the Greenlight page. Information on this page may be out of date, since all the action has moved to the areas noted above.