Store Page
Tabletop Simulator >  Workshop > x_equals_speed's Workshop
This item has been removed from the community because it violates Steam Community & Content Guidelines. It is only visible to you. If you believe your item has been removed by mistake, please contact Steam Support.
This item is incompatible with Tabletop Simulator. Please see the instructions page for reasons why this item might not work within Tabletop Simulator.
Current visibility: Hidden
This item will only be visible to you, admins, and anyone marked as a creator.
Current visibility: Friends-only
This item will only be visible in searches to you, your friends, and admins. 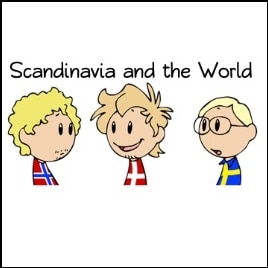 x_equals_speed
Offline
See all 2 collections (some may be hidden)

This item has been added to your Subscriptions. Some games will require you to relaunch them before the item will be downloaded.
Description
Playtesting for SatW card game, presently under development by 3DTotalGames (www.3dtotalgames.com)

We are developing a SatW card game in conjunction with satwcomic.com. We've now decided on which of the nine games that we've been testing will go on to be the final game and are looking to test different card abilities to decide which best suit the game.

A great horde of treasure has been discovered. It contains anything a person could possibly want: Comics, Robots, Oil, Tea, Lava, Sex Toys, Drugs, Slashfic, Angry Wildlife, The Pope’s Hat and more.

The spirits turn to you to decide who gets what. Be the first to impress a trio of them with your generosity and fairness and you can have your pick of the treasure. Fail and be rewarded with naught but a suspicious smelling damp snail.

As always, leave feedback in the comments or direct messages to greg@3dtotal.com
It'd be great to hear from you!
< >
6 Comments

Not that we're actively playtesting this anymore, the game came out like 2 years ago ;)

But I have other games in playtesting so I should put a day into updating all of my TTS mods and making sure the one we're publishing this year is up here. I won't get time for a little bit (I have 3 jobs and apparently they can all be done from home during a pandemic) but I won't leave it broken forever either.

x_equals_speed  [author] Jan 3, 2017 @ 3:51pm
I'm planning to update this mod next week when the graphic designer gets back to me with the new versions of the cards, so if you're planning on trying it out that'd be the best time :)