Greenlight > Games > floor59games's Workshop
Greenlight is being retired. For more information on how to submit games to steam, refer to this blog post.
This item has been removed from the community because it violates Steam Community & Content Guidelines. It is only visible to you. If you believe your item has been removed by mistake, please contact Steam Support.
This item is incompatible with Greenlight. Please see the instructions page for reasons why this item might not work within Greenlight.
Current visibility: Hidden
This item will only be visible to you, admins, and anyone marked as a creator.
Current visibility: Friends-only
This item will only be visible in searches to you, your friends, and admins.
Derelict
Description Discussions0 Comments40 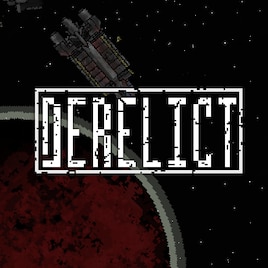 floor59games
Offline
See all 14 collections (some may be hidden)

View Derelict in the store

You have woken up from stasis long after the fall of humanity and must try to survive in this hostile region of space. Luckily, thousands of years of human colonization have left countless derelict space craft, abandoned space stations and the crumbling remains of human settlements ripe for looting.

Unfortunately the galaxy is not quite dead yet. Genetically modified organisms, hardened for hostile environments, ancient mechanoids with corrupt A.I, rival scavengers, and countless hordes of humans who succumbed to a genocidal nanite plague, infest the dark corners of mankinds broken legacy.

Derelict has been Greenlit and is now listed in the Steam store. For the latest information, purchase options, and discussions for Derelict, please see it on the Steam Store or in the Steam Community.
Visit Store Page
For more details Visit Community Hub
For latest discussions
If you really, really want to, you can continue to the Greenlight page. Information on this page may be out of date, since all the action has moved to the areas noted above.