Greenlight > Games > XenoAisam★'s Workshop
Greenlight is being retired. For more information on how to submit games to steam, refer to this blog post.
This item has been removed from the community because it violates Steam Community & Content Guidelines. It is only visible to you. If you believe your item has been removed by mistake, please contact Steam Support.
This item is incompatible with Greenlight. Please see the instructions page for reasons why this item might not work within Greenlight.
Current visibility: Hidden
This item will only be visible to you, admins, and anyone marked as a creator.
Current visibility: Friends-only
This item will only be visible in searches to you, your friends, and admins.
Banzai Escape
Description Discussions1 Announcements5 Comments134 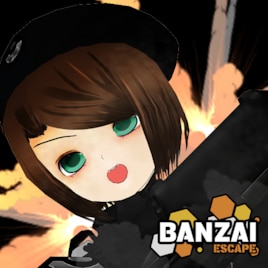 XenoAisam★
Online
See all 27 collections (some may be hidden)

View Banzai Escape in the store

Release date for Banzai Escape planned to be end of March or less. The implementation of Steam API system quite difficult that require sometime. So far planned to have Achievement & Workshops. It's not confirmed and may changes in the future. Thank you and stay tuned for upcoming news~

Hurray~! Banzai Escape are now approved to be in Steam!!
It's a happy moment for me! Thank you guys for supporting
the game~! I appreciated you guys helpful for this finest moment!

Next i will take a look on how to implement Steam system (Steam API),
especially Workshop system. This for making the moding task become easy.

Read More
Description
Release date: End of March or less
About The Game
Amino Corp have been suspected of committing some suspicious activity that has led the Bureau Investigation agency to send some of their agents to investigate the company. Some Weeks have passed however there has been no response from those agents sent. The agency has requested help from P.A.S.K.A.L to go into the Amino Corp building to arrest the CEO, Mr. Betas and to rescue those agents. A member of the P.A.S.K.A.L unit, Rokiahi has been sent on the mission, however some unexpected things have begun to happen.

raidensnake Feb 9, 2016 @ 9:24pm
Notice: XenoAisam is currently away for 2 weeks. I can answer questions or pass on comments while he is away.

javierucu Feb 9, 2016 @ 1:19am
hi, I think this project looks fantastic.Nice cover. This kind of games are exciting. Now i´m finishing the soundtrack in other game and it would be great to work beside such a promising team. I think my music could fit well in your project. You could listen some of it here: https://www.youtube.com/watch?v=pA7fQzZ9gUU What do you think? my email is: cga.sound@gmail.com Thank you. Good Job.

Banzai Escape has been Greenlit and is now listed in the Steam store. For the latest information, purchase options, and discussions for Banzai Escape, please see it on the Steam Store or in the Steam Community.
Visit Store Page
For more details Visit Community Hub
For latest discussions
If you really, really want to, you can continue to the Greenlight page. Information on this page may be out of date, since all the action has moved to the areas noted above.