Greenlight > Games > RobertPelloni's Workshop
Greenlight is being retired. For more information on how to submit games to steam, refer to this blog post.
This item has been removed from the community because it violates Steam Community & Content Guidelines. It is only visible to you. If you believe your item has been removed by mistake, please contact Steam Support.
This item is incompatible with Greenlight. Please see the instructions page for reasons why this item might not work within Greenlight.
Current visibility: Hidden
This item will only be visible to you, admins, and anyone marked as a creator.
Current visibility: Friends-only
This item will only be visible in searches to you, your friends, and admins.
"bob's game"
Description Discussions2 Comments81 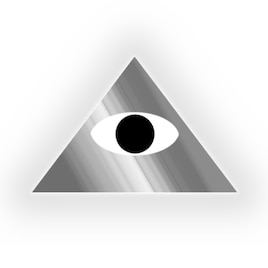 RobertPelloni
Offline
See all 3 collections (some may be hidden)
Description
Release date: 20XX
"bob's game" is a game about a game called bob's game. I worked on it for a long time. It's not done so I want to get it on Early Access.

There is a Wikipedia article which explains more: {LINK REMOVED}https://en.wikipedia.org/w/index.php?title=Bob%27s_Game&oldid=713042467

It is written from scratch in Java and now is being ported to C++. It was previously written in C but I rewrote it.

I've been working on it for so long and it has such a complex history that talking about it is very difficult.

"bob's game" is a piece of art. It is an obsession by one individual, not made for profit, but as a form of therapy for the creator. This is what real art is. It's one person trying to figure themselves out, but the catch is that the person doesn't have a choice. They can't stop.

Many of the people that criticize it as a commercial product don't really understand what it is or why I'm making it. That used to bother me a lot, and it hurt my feelings for a long time, but now I understand and it doesn't bother me.

Please download and play the demos if you have questions about the gameplay.
(Remember: Don't give up on Tetrid, there is a trick to it.)

Also see the separate Greenlight entry for the bob's game puzzle game (the best puzzle game ever made) here: http://steamcommunity.com/sharedfiles/filedetails/?id=603367632

I've also listed the custom BobEdit tools and "bob's game" engine used to make this game on Greenlight, so that others can make games using them if they want: http://steamcommunity.com/sharedfiles/filedetails/?id=604913553
< >
81 Comments