Store Page
Europa Universalis IV>  Workshop > flogi's Workshop
This item has been removed from the community because it violates Steam Community & Content Guidelines. It is only visible to you. If you believe your item has been removed by mistake, please contact Steam Support.
This item is incompatible with Europa Universalis IV. Please see the instructions page for reasons why this item might not work within Europa Universalis IV.
Current visibility: Hidden
This item will only be visible to you, admins, and anyone marked as a creator.
Current visibility: Friends-only
This item will only be visible in searches to you, your friends, and admins. 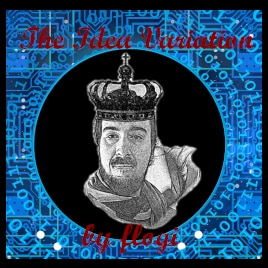 This item has been added to your Subscriptions. Some games will require you to relaunch them before the item will be downloaded.
In 1 collection by flogi
The Idea Variation + Addons

11 items
Description
Vision of the mod
I always love the idea system of EU IV, but soon found it quite lacking in variation. Thus this mod was started. Its scope soon became wider, adding buildings government reforms and new estates all interacting with the new idea groups. What once was a small mod has probably reached the level of total conversation as it is.

Credits:
- Big thanks to Lord Satyr and the Veritas et Fortiudo Mod for helping with interface changes in the past
- Thanks to Neprut from the old Shattered Europa Mod
- Thanks for Brainstorming, testing and sharing ideas: Recur, Dieter, Ölfus, Bob & many more.
- Thanks to Clonepilotz for localisation of some new religious idea groups
- Thanks to Marcin for doing the new pictures for the buildings.

For people who want to support my work: You might want to take a look at my patreon site[www.patreon.com]
Popular Discussions View All (13)

How to report bugs/crashes etc.
flogi

Compatibility Patches for other Mods
flogi

Music Man 12 hours ago
What does it mean when it says "reduce development malus for core province" for decentralization?

nickytheheel Jan 11 @ 10:12am
@Flogi I will. I hate the EU4 mission tree so actually I have been playing on the Japan Update, with the direct dl version of your mod, for years. I recently decided to try the Emperor update and tried using your mod through Steam for the first time with no luck. I'll try the direct dl version when I finish my current game.

YeeterTheGreat Jan 10 @ 7:49am
How did you mod the custom GUI window for the government reforms screen?

This explains a lot of things.
On the other hand, if we remove all these state buildings, we can no longer rebuild them, suddenly we have to think twice before doing it, especially when it concerns the governor's palace ... But sometimes, that's enough disturbing.

As a result, the bonuses of special buildings like this palace or universities are still not in each province.

Maybe it is better to leave the possibility of building them from everywhere to avoid the bug?

sorry for my bad English

Kharnath Jan 9 @ 6:10am
wait that doesn't make sense. that makes militirized society utterly useless.
the whole point of it was to be prepared for war while at PEACE

flogi  [author] Jan 9 @ 3:16am
@nickytheheel: Then I suggest you try the direct dl version.

@Kharnath: By being at war.

@Helios: Normally those buildings should only be buildable once per state. However there sometimes seem to be problems when you conquer a province of the same state that already has a building. With the current engine limitations its difficult to do smth about it.

Helios Jan 8 @ 12:14pm
I have a construction problem with the buildings. Some provinces I can't build universities or courthouses like it matters to the entire region, then other regions I can spam without worry. Where does it come from? :(

Kharnath Jan 6 @ 11:04am
how do you get rid of the demilitarisation of state modifier?

nickytheheel Jan 5 @ 8:45am
Yeah, not working at all for me. With this mod, and only this mod, installed it's just the vanilla game. Sad, as it's my favorite EU4 mod ever and the only mod I consider essential.