Greenlight > Games > Malec2b's Workshop
Greenlight is being retired. For more information on how to submit games to steam, refer to this blog post.
This item has been removed from the community because it violates Steam Community & Content Guidelines. It is only visible to you. If you believe your item has been removed by mistake, please contact Steam Support.
This item is incompatible with Greenlight. Please see the instructions page for reasons why this item might not work within Greenlight.
Current visibility: Hidden
This item will only be visible to you, admins, and anyone marked as a creator.
Current visibility: Friends-only
This item will only be visible in searches to you, your friends, and admins.
Cold Vengeance
Description Discussions2 Announcements2 Comments29 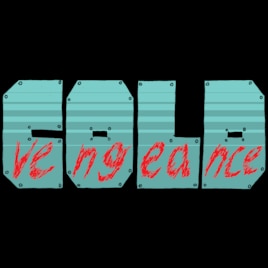 Malec2b
Online
See all 4 collections (some may be hidden)

View Cold Vengeance in the store

Thanks to everyone who supported Cold Vengeance, the game has been Greenlit! The game is nearing the final stretch of development, and I am hoping to be able to release it by the end of the year.

You can now check out the game's official Steam Page:

Thanks again to everyone who voted for Cold Vengeance.

Thanks, everyone whos supported Cold Vengeance here on Steam Greenlight.

We've just released an early playable demo. It contains a level designed specifically for the demo which won't be in the final game.

You can check it out here: https://malec2b.itch.io/cold-vengeance-demo

Keep in mind, it's still an early alpha build, so there may be some bugs and lack of polish, but hopefully it will give you a good idea of how the game will play.

Read More
Description
Release date: Mid 2016
Cold Vengeance is a 3D Run 'n' Gun game. It features colorful Low-Poly graphics and fast-paced gameplay harkening back to the late 90s. It is a sequel to Venusian Vengeance, which is currently available on Steam.

In the year 200X, a totalitarian government rose to power in Canada. They kidnapped the President of the United States launched a surprise attack on America, bombing major cities and sending in troops and an army of robots. They also formed an alliance with the mysterious Ninja Empire.

You play as Sgt. Jon Dagger, a lone soldier who must travel through the ruins of America into the frozen north on a rescue mission to save the President. He's joined by a former Soviet engineer who has uploaded himself into Sgt. Dagger's brain.

In your mission, you must run and gun your way through a variety of environments, fighting post-apocalyptic barbarians, Canadian soldiers, fiendish robots, and powerful ninjas.

When is Cold Vengeance Coming out?
PrideGames

AlexM|InfiniteState Jun 25, 2016 @ 6:28am
Finally a game where we can take down those inscrutable Canadians. Fun!

dryspaghetti Jan 20, 2016 @ 8:51pm
I was about to ask why I didn't see any ninjas in the trailer and then I chuckled at myself for about twenty seconds.

Proxykon Jan 14, 2016 @ 4:49am
The soundeffects are way too irritating for me. The rest of the game looks enjoyable and wacky in a fun kind of way, but nothing for me though. Good job and I wish you best of luck on getting this greenlit.

Cold Vengeance has been Greenlit and is now listed in the Steam store. For the latest information, purchase options, and discussions for Cold Vengeance, please see it on the Steam Store or in the Steam Community.
Visit Store Page
For more details Visit Community Hub
For latest discussions
If you really, really want to, you can continue to the Greenlight page. Information on this page may be out of date, since all the action has moved to the areas noted above.