Greenlight > Games > Eddy's Workshop
Greenlight is being retired. For more information on how to submit games to steam, refer to this blog post.
This item has been removed from the community because it violates Steam Community & Content Guidelines. It is only visible to you. If you believe your item has been removed by mistake, please contact Steam Support.
This item is incompatible with Greenlight. Please see the instructions page for reasons why this item might not work within Greenlight.
Current visibility: Hidden
This item will only be visible to you, admins, and anyone marked as a creator.
Current visibility: Friends-only
This item will only be visible in searches to you, your friends, and admins.
Sophie's curse
Description Discussions0 Announcements2 Comments64 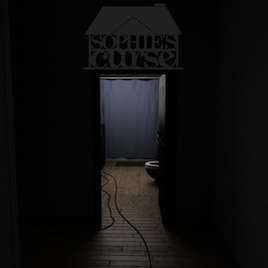 Eddy
Offline
See all 16 collections (some may be hidden)

View Sophie's curse in the store

Sophie's Curse has been greenlit! and the game is completed! I'm just fixing some bugs and polishing the game, it should be ready pretty soon, stay tuned for more updates :D

Thanks a lot for your votes and support guys!

A man and his very old uncle are moving into a new house, he has to go back to their old place to get the rest of their stuff, so he hired you for just one night to take care of his uncle, but don't worry his uncle is a heavy sleeper so it's an easy job, but there is only one catch... he bought the house for a really good price, because the house is pretty old and apparently there is no electricity in the house, all the cables need to be replaced. Luckily the guy is an inventor, he creates stuff and he happens to be working on a device that generates electricity. The way it works is that you just have to re-charge it manually by rotating a handle just for a few seconds and it generates electricity for at least 12 hrs. It's still a prototype and sometimes it can be a little unstable.
For some reason the devices start failing and you have to re-charge them frequently, and even repair them to keep the electricity/lights ON all night, there is something creepy about this place try to keep the lights ON no matter what. If for some reason the device stops working, it has a recovery system and it will reboot by itself in a few seconds.(Most of the time)

The game is almost done, everything is in place and working. I still need to add a few more things like the HUD, improve/add 3D assets a little bit more and fix some bugs. If everything goes as planned the game should be ready in a matter of weeks.

MITCHCONNE Nov 1, 2016 @ 11:20pm
Hi, I’m here to offer a great service for your green light game.
We boost & promote Steam games in all 3 green stages we also boost & promote steam groups, & Social media this includes YouTube, Twitch, sound cloud & more. We hold a none networked reach of 646,811 real people no bots of any kind are used so the process can be long but results in that time are great.

all you have to do is follow the link below and get in contact with ATOMIX. once contacted he will talk you through the process we take to get the best result for our clients and of course discuss prices if your interested in continuing.
http://steamcommunity.com/id/TradeCityOwner/

Thank you for your time of day We hope you have a good one.
Regards
ATOMIX & MitchConne

Alex Olinkiewicz Jan 25, 2016 @ 9:04pm
The issue I have with this game is that, it's another FNAF style game. To be fair the graphics look good, but graphics are not enough, to change the fact that this game is just another game that is clearly made for Let's Players who do there over the top fake screams at the camera.

Sophie's curse has been Greenlit and is now listed in the Steam store. For the latest information, purchase options, and discussions for Sophie's curse, please see it on the Steam Store or in the Steam Community.
Visit Store Page
For more details Visit Community Hub
For latest discussions
If you really, really want to, you can continue to the Greenlight page. Information on this page may be out of date, since all the action has moved to the areas noted above.