Greenlight > Games > Polygrammatic's Workshop
Greenlight is being retired. For more information on how to submit games to steam, refer to this blog post.
This item has been removed from the community because it violates Steam Community & Content Guidelines. It is only visible to you. If you believe your item has been removed by mistake, please contact Steam Support.
This item is incompatible with Greenlight. Please see the instructions page for reasons why this item might not work within Greenlight.
Current visibility: Hidden
This item will only be visible to you, admins, and anyone marked as a creator.
Current visibility: Friends-only
This item will only be visible in searches to you, your friends, and admins.
Super Mixtape
Description Discussions0 Announcements1 Comments95 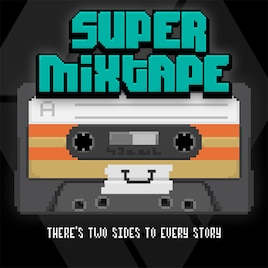 Polygrammatic
Offline
See all 5 collections (some may be hidden)

View Super Mixtape in the store

Thank you all who voted, left comments, shared, favorited and sent private messages. I was over the moon to log in New Years Eve after doing some work on the backend of the game to see that the game had got the Greenlight in less than 8 days.

I will be publishing a more in depth write up on the Greenlight campaign and process to share.

Thank you, and Happy New Year to all

Read More
Description
Release date: 2016
Super Mixtape is a retro physics based rhythm-puzzle-platformer where you guide cassette tape ‘Mix’ across a fully reversible 2D world of A-Sides and B-Sides, completing puzzles as you progress to find the perfect beat.

-“It throws everything you know about the standard platformer out of the window and creates its own rules.” – Otaku.

Features
History
Super Mixtape has been in development since February 2015 and has gone through multiple iterations before reaching this point. A 'Feature Rich' prototype level of the game was shown to the public at EuroGamer (EGX) September 2015 in Birmingham, UK.

Super Mixtape is currently being developed by one developer, and was featured on The Square Enix Collective website for feedback. http://collective.square-enix.com/projects/196/super-mixtape

Basic Gameplay Rules
“Throughout the design and construction of the game I have spent a lot of time thinking about the unique mechanics and elements of the game that create the overall experience.”

javierucu Feb 9, 2016 @ 1:44am
hi, I think this project looks fantastic.Nice cover. This kind of games are exciting. Now i´m finishing the soundtrack in other game and it would be great to work beside such a promising team. I think my music could fit well in your project. You could listen some of it here: https://www.youtube.com/watch?v=pA7fQzZ9gUU What do you think? my email is: cga.sound@gmail.com Thank you. Good Job.

Muskrat! Jan 6, 2016 @ 5:24pm
Hey guys, join my group, we are based around gaming and having as much fun as possible. We also support a youtuber named Mazion. Join here! http://steamcommunity.com/groups/MazionitesUnite

Super Mixtape has been Greenlit and is now listed in the Steam store. For the latest information, purchase options, and discussions for Super Mixtape, please see it on the Steam Store or in the Steam Community.
Visit Store Page
For more details Visit Community Hub
For latest discussions
If you really, really want to, you can continue to the Greenlight page. Information on this page may be out of date, since all the action has moved to the areas noted above.