Greenlight > Games > Archzenvald's Workshop
Greenlight is being retired. For more information on how to submit games to steam, refer to this blog post.
This item has been removed from the community because it violates Steam Community & Content Guidelines. It is only visible to you. If you believe your item has been removed by mistake, please contact Steam Support.
This item is incompatible with Greenlight. Please see the instructions page for reasons why this item might not work within Greenlight.
Current visibility: Hidden
This item will only be visible to you, admins, and anyone marked as a creator.
Current visibility: Friends-only
This item will only be visible in searches to you, your friends, and admins.
Sticks Universe
Description Discussions1 Comments27 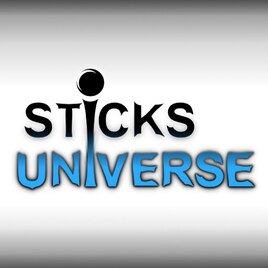 Archzenvald
Offline
Description
« Play as a stick in a universe composed by worlds, where anyone can build his story or his own world. Fight, build, or both. There is no quest, no xp, what you do define who you are. »

Sticks Universe is a decentralized MMORPG with a big touch of the sandbox philosophy. You need to build everything, from your spells to your house, by traveling through the worlds, looting resources and fighting mobs. The goal is to build an entire universe, where any world can be created by anyone and added to the network, letting players join it like it's a new area to discover.

The game want to merge creativity and skill together to let anyone find his place, and in the ends, see emerging a universe full of diversity.
Players has always surprised developers when it's come to creativity, so Sticks Universe try to give a lot of tools (while preserving role play and gameplay coherence) to see what can happen.

The game will never stop being in dev' for a long time, since I have new ideas for it everyday and because it needs a lot of time and testing to make this kind of game (and because I'm alone on it, too). So the game will be in early access on steam as soon as it is greenlight.

That's it ! If you have any question, even technical ones, don't hesitate to ask me in the comments.

Follow my twitter account to get the futures news : @archzenvald
And If you want to see this game come true, don't forget to smash the greenlight vote button !

Issues with the game
Red Plus Blue
< >
27 Comments

eatmywords Jan 19, 2017 @ 1:25am
This is embarrassingly bad. Indeed, maybe come back when you have something competent? Maybe.

Seal-ion May 1, 2016 @ 4:03am
i think the game's concept is good overall, but then again, like many of the commenters here, i think the current presentation is a bit unappealing. and also the in game graphics looks a bit rough. but well it's still on progress so, i'll be waiting :)

BikiniBott Dec 29, 2015 @ 3:44pm
Very interesting concept. I would buy this the second it comes out. Graphics should be a bit better but since its just prototype so far it is fine. :)

Toxic Dec 19, 2015 @ 3:23am
The Concept has potential, and if developed could make a great game. But right now the game feels too raw, and should be refined. Looks more like a prototype now, but has the potential to be great.
< >