Greenlight > Games > Cyanide Tea's Workshop
Greenlight is being retired. For more information on how to submit games to steam, refer to this blog post.
This item has been removed from the community because it violates Steam Community & Content Guidelines. It is only visible to you. If you believe your item has been removed by mistake, please contact Steam Support.
This item is incompatible with Greenlight. Please see the instructions page for reasons why this item might not work within Greenlight.
Current visibility: Hidden
This item will only be visible to you, admins, and anyone marked as a creator.
Current visibility: Friends-only
This item will only be visible in searches to you, your friends, and admins.
Break Chance Memento
Description Discussions0 Announcements2 Comments44 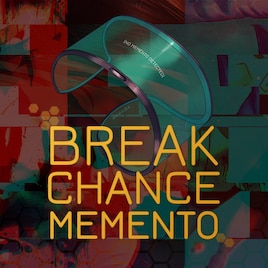 Cyanide Tea
Offline
See all 5 collections (some may be hidden)

Break Chance Memento has been Greenlit! Thank you so much for all of your support. There's still a lot we have to do before we can get the game up on the store, but we're very excited to bring BCM to Steam and to all of you. <3 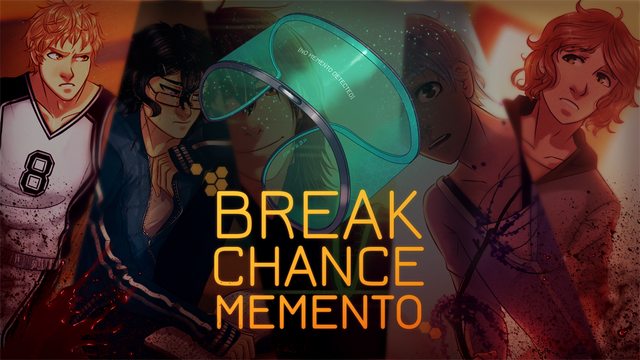 Break Chance Memento has been released[cyanidetea.itch.io]! If you buy during the first 24 hours, you’ll get the game for 25% off, or $14.99 instead of $19.99. We won’t do a sale again for a while, so this will be your best chance to get it for cheaper. Of course, itch.io does allow people to tip, so if you’d like to tip us, we’d greatly appreciate it.

Thank you so much to everyone for your support! We finally made it!

Read More
Description
Release date: December 16, 2015
Break Chance Memento (BCM) is the latest visual novel by Cyanide Tea[cyanide-tea.net]. BCM is primarily a story about family bonds across time and involves time travel, tracking down a serial killer, and potential gay romance. Can Shuuki save the people he cares about by traveling through time? Whether or not he makes it through to a happy ending is completely up to the player's decisions.

STORY
Four years ago, Shuuki's world was turned upside-down when his twin sister, Fuyuka, died in an accident at just 12 years of age. His parents blamed her death on the negligence of their eldest son, Natsume. The Amamiya family was never the same.

One fateful morning, Shuuki stumbles across the gruesome sight of his brother Masaharu's corpse. When all hope is lost and Shuuki must come to terms with the fact that his brother has been murdered, the mysterious Kyousuke appears before him with a proposition:

"Do you want to bring your brother back? To fix your family's broken relationship? You can…if you learn to travel through time."

Before he knows it, Shuuki is caught in a plot far more sinister than he could have ever imagined. He learns that the key to traveling through time and stopping innocents from being killed lies in mementos: items that are a link between the past, future, and present.

FEATURES
Break Chance Memento will be released for Windows, Mac, and Linux computers via itch.io on December 16, 2015 and retail for $19.99. We have a demo available to download[cyanidetea.itch.io] that covers the first 2 chapters of the game (out of 5). For more information, please visit the official BCM website[bcm.cyanide-tea.net].
< >
44 Comments

javierucu Feb 9, 2016 @ 1:57am
hi, I think this project looks fantastic.Nice cover. This kind of games are exciting. Now i´m finishing the soundtrack in other game and it would be great to work beside such a promising team. I think my music could fit well in your project. You could listen some of it here: https://www.youtube.com/watch?v=pA7fQzZ9gUU What do you think? my email is: cga.sound@gmail.com Thank you. Good Job.

Альруна Jan 4, 2016 @ 3:53am
I apologize in advance for the bad english. But it does not bother me, as a very strong desire to express my feelings for your work. I just finished playing your short story titled - Nachtigal. You made me smile, blush and cover his face with his hands. Just wants to kiss you, you can file viewer history. Not to speak about delightful drawing style. I'm sure to get your new job, and I beg you not stop there. Invent, create and raduyte us to further his work! Your free creation translated into Russian and had a very warm reviews. Good luck and all the best! (can with my bad language my words might seem silly, but from the heart

Break Chance Memento has been Greenlit and is now listed in the Steam store. For the latest information, purchase options, and discussions for Break Chance Memento, please see it on the Steam Store or in the Steam Community.
Visit Store Page
For more details Visit Community Hub
For latest discussions
If you really, really want to, you can continue to the Greenlight page. Information on this page may be out of date, since all the action has moved to the areas noted above.