Greenlight > Games > Outrage's Workshop
Greenlight is being retired. For more information on how to submit games to steam, refer to this blog post.
This item has been removed from the community because it violates Steam Community & Content Guidelines. It is only visible to you. If you believe your item has been removed by mistake, please contact Steam Support.
This item is incompatible with Greenlight. Please see the instructions page for reasons why this item might not work within Greenlight.
Current visibility: Hidden
This item will only be visible to you, admins, and anyone marked as a creator.
Current visibility: Friends-only
This item will only be visible in searches to you, your friends, and admins.
Colourless
Description Discussions0 Announcements3 Comments34 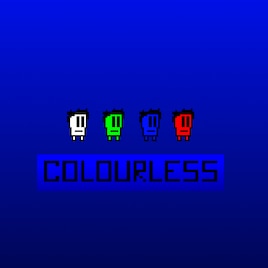 Outrage
Offline
See the collection (may be hidden)

View Colourless in the store

Hey!
You can now support Colourless on indiegogo.com too!
{LINK REMOVED}http://igg.me/at/F-KhbS2-RYw
Have fun and thank you for your support!

Hey there!
Now there is a new trailer to check out!
Have fun!

Read More
Description
Colourless is a platform indie game in which the player uses the power of colours to save Colourland.
Fight throughout 80 levels using different abilities and costumes to defeat evil.

The game consinsts of four chapters and in each one the player faces different obstacles. The colours aid him to get through as they enhance him with interesting abilities. As the game progresses it gets more and more difficult and the tools the player has change. Green is for higher jumping, blue is for short teleportation and red for flight.

Kindermann Corp Jan 7, 2016 @ 10:05am
Love the Super Meat Boy gameplay style, looking fine! Just make sure to have consistent pixel size with the backgrounds and characters so everything looks a little bit more polished. Great potential! I voted on it.

Please check out our game on GL, PIXELMAN, let us know what you think! : )
http://steamcommunity.com/sharedfiles/filedetails/?id=577492311

Colourless has been Greenlit and is now listed in the Steam store. For the latest information, purchase options, and discussions for Colourless, please see it on the Steam Store or in the Steam Community.
Visit Store Page
For more details Visit Community Hub
For latest discussions
If you really, really want to, you can continue to the Greenlight page. Information on this page may be out of date, since all the action has moved to the areas noted above.