Greenlight > Concepts > OveronStation's Workshop
Greenlight is being retired. For more information on how to submit games to steam, refer to this blog post.
This item has been removed from the community because it violates Steam Community & Content Guidelines. It is only visible to you. If you believe your item has been removed by mistake, please contact Steam Support.
This item is incompatible with Greenlight. Please see the instructions page for reasons why this item might not work within Greenlight.
Current visibility: Hidden
This item will only be visible to you, admins, and anyone marked as a creator.
Current visibility: Friends-only
This item will only be visible in searches to you, your friends, and admins.
Dome City
Description Discussions1 Announcements1 Comments44 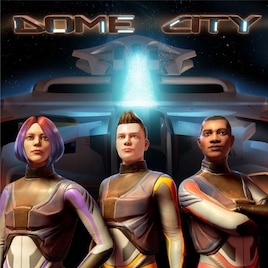 OveronStation
Offline
See all 21 collections (some may be hidden)
Recent Announcements View All (1)
7-minutes gameplay of Dome City is here!
January 14, 2016 - OveronStation

Thank you for your incredible support in the first few days! Waaay to go spacecadets! ;)

Our gameplay video is finally here too; enjoy and let us know your thoughts!

Read More
Description
This is the CONCEPT page for Dome City, a mysterious Martian adventure. We’re gathering feedback for the upcoming Greenlight campaign, so please share any comments, thoughts with us in connection with the concept, artwork, game description, gameplay, etc. Every thought is greatly appreciated!

Dome City is an immersive story-driven adventure in first person view. The strong narrative lead us through a mystical investigation in an abandoned dome city on Mars. After an emergency landing, Ariel, Don and Lars suddenly find themselves stuck in the frightening city as soon after leaving the spacecraft it gets stolen.
The three young space cadet got hardly any knowledge about space-life, so it’s a tough job to survive there… will they be able to find out what’s going on, and eventually… escape?

Thank you for supporting us by comments, shares, likes or follows! Our undying gratitude is yours!
Popular Discussions View All (1)