Greenlight > Games > chrilley's Workshop
Greenlight is being retired. For more information on how to submit games to steam, refer to this blog post.
This item has been removed from the community because it violates Steam Community & Content Guidelines. It is only visible to you. If you believe your item has been removed by mistake, please contact Steam Support.
This item is incompatible with Greenlight. Please see the instructions page for reasons why this item might not work within Greenlight.
Current visibility: Hidden
This item will only be visible to you, admins, and anyone marked as a creator.
Current visibility: Friends-only
This item will only be visible in searches to you, your friends, and admins.
Jarvis
Description Discussions2 Announcements2 Comments150 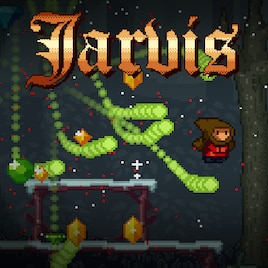 It's been roughly a month since we last saw you! We've been very busy with the game and there has been some improvements since this Greenlight went up. I wrote a couple of news articles summarizing the recent updates over at Jarvis IndieDB page here!

The articles include a little insight on stuff like:
- UI status: We're currently giving it a few more passes.
- Music: Listen to two awesome songs from Jarvis soundtrack!
- Leveling system; Stats and everything up and running.
- Loot: Enemies can drop loot that you can either use, equip or sell.
- And whatever else I forgot to mention :)

By the way, we also update Jarvis twitter page frequently with new screenshots and gifs. If you'd like a more consistent rate of news definitely consider following Jarvis here! We also reply to questions/feedback over there whenever we can :)

Cheers!
Read More
Jarvis Greenlit After 1 Week!
December 15, 2015 - chrilley
Thank you!!
Thanks to everyone who voted and showed their support! The feedback has been great and we are more motivated than ever to see this through!

If you have further feedback or comments please continue to let us know!

Jarvis is a 2d platform game set in a far away land where an evil force has awakened. Amidst the chaos an unlikely hero is summoned forth.

In order to save the lands from the evil that plagues it, you must venture through haunted forests, dark caves, ancient ruins, demonic castles and defeat the dark entities that stands in your way.

Throughout the game you will gather abilities, master spells and uncover secret treasures that will aid you on your quest.

(If you love metroidvania games there's a good chance you'll like this as well!)

Del_Duio Oct 15, 2016 @ 12:41pm
I've been waiting for this game ever since I first learned about it. The dev is very cool and has worked really hard on this puppy for a long time. I only wish this wasn't greenlit so I could vote yes on it now lol. So in that case.... FAVORITED!

javierucu Feb 9, 2016 @ 2:07am
hi, I think this project looks fantastic.Nice cover. This kind of games are exciting. Now i´m finishing the soundtrack in other game and it would be great to work beside such a promising team. I think my music could fit well in your project. You could listen some of it here: https://www.youtube.com/watch?v=pA7fQzZ9gUU What do you think? my email is: cga.sound@gmail.com Thank you. Good Job.