Greenlight > Games > Nebula Interactive's Workshop
Greenlight is being retired. For more information on how to submit games to steam, refer to this blog post.
This item has been removed from the community because it violates Steam Community & Content Guidelines. It is only visible to you. If you believe your item has been removed by mistake, please contact Steam Support.
This item is incompatible with Greenlight. Please see the instructions page for reasons why this item might not work within Greenlight.
Current visibility: Hidden
This item will only be visible to you, admins, and anyone marked as a creator.
Current visibility: Friends-only
This item will only be visible in searches to you, your friends, and admins.
Project G
Description Discussions0 Announcements3 Comments43 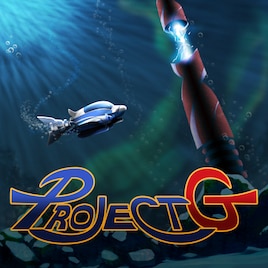 Nebula Interactive
Offline
See all 11 collections (some may be hidden)

View Project G in the store

Just a very quick thank you to all who voted and gave us feedback on the game. We were greenlit last week and are now on the way to integrating the SDK and polishing the game for launch. We've uploaded a new trailer video to show how the game looks at this stage and we'll post a launch date as soon as we have one! But rest assured it will be soon, really really soon!

So we've uploaded our new trailer this one shows another level and unveils the unique lighting model we're using as the ship descends further into the depths of the ocean. Stay tuned for even more updates.

Read More
Description
Release date: First quarter 2016
Project G is a side scrolling shooter that drops you into a future of hostile seas with augmented sea life and a chilly hell of bullets. Your ship is a deep sea shuttle equipped with a variety of weapons, while rewarded with upgrades the better you play.

Project G will boast fantastic bosses and bizarre enemies as you progress deeper into the game. Weapon and shield boosts are dropped as enemies are defeated, to give you the extra edge. Bosses and other hazards will be designed in a way that requires strategy and care to defeat.

The game is still in alpha build, however we will be updating this page with new videos and screenshots of the later levels. Our trailer demonstrates gameplay and visuals for the game's second level.

Fans of retro gaming will appreciate the gameplay style and all original artwork of Project G, while we continue to bring new concepts and challenges to the table!

Development can be followed on our blog: http://nebula.ie/tag/project-g/ and we'll keep this page updated too!
< >
43 Comments

Nebula Interactive  [author] Mar 21, 2016 @ 8:50am
Thanks for the votes folks, we're working on a new trailer at the minute as the old one doesn't do the current version justice. We'll get it on there asap!

danalyze Mar 21, 2016 @ 4:44am
Awesome game!Voted and bought it through Groupees's Build a Greenlight Bundle 41.Best wishes!

Project G has been Greenlit and is now listed in the Steam store. For the latest information, purchase options, and discussions for Project G, please see it on the Steam Store or in the Steam Community.
Visit Store Page
For more details Visit Community Hub
For latest discussions
If you really, really want to, you can continue to the Greenlight page. Information on this page may be out of date, since all the action has moved to the areas noted above.