Greenlight > Games > Axol Studio's Workshop
Greenlight is being retired. For more information on how to submit games to steam, refer to this blog post.
This item has been removed from the community because it violates Steam Community & Content Guidelines. It is only visible to you. If you believe your item has been removed by mistake, please contact Steam Support.
This item is incompatible with Greenlight. Please see the instructions page for reasons why this item might not work within Greenlight.
Current visibility: Hidden
This item will only be visible to you, admins, and anyone marked as a creator.
Current visibility: Friends-only
This item will only be visible in searches to you, your friends, and admins.
Blasting Agent: Ultimate Edition
Description Discussions0 Announcements2 Comments28 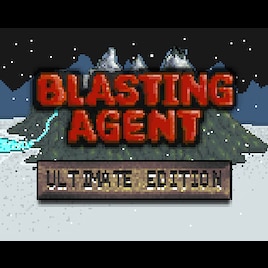 Axol Studio
Offline
See all 7 collections (some may be hidden)

Hey everyone! I just wanted to jump in here and let everyone know about some things coming up in the next few weeks.

First up, Beta Testing for the game is officially finished! Everything is pretty much done and ready to ship!

Since we're basically done, I wanted to let you guys know the official release date for Blasting Agent: Ultimate Edition is scheduled for January 7th, 2016! ...an otherwise uninteresting, uneventful, and inauspicious date. Although, it doesn't really look like we'll be greenlit by then, you will still be able to pick up the game from other places. More information when we get closer to the release date.

Before that, we'll be showing off a playable build of the game at the St Louis Science Center's First Friday event[www.slsc.org] on Friday, January 1st! If you're in the area, stop by and say "hello", and get your hands on the game a little early.

Later on in January, the 29th-31st to be exact, is the Global Game Jam[globalgamejam.org]! I will be making a game at UMSL that weekend, and if you've ever had any interest in making games, at all, I highly suggest you get in on the fun. It's free, and amazing.

So, that's it for now! Keep an eye open for more details as we get closer to the release of the game! Thanks!

Hello, everyone! This is Tim from Axol Studio, LLC.

I am excited to finally be here, submitting my first game to Steam.

6 years ago, before I had even conceived of the idea of the original game, I wanted, more than anything, to be able to release a 'legitimate' game - something that people would buy, download, install, play, and enjoy. At that time, the closest thing available to me, as an aspiring indie game developer who had a baby, a mortgage, car payments, and a full-time job, was Flash's ActionScript 3. With the help of the original AS3 Flixel framework, my friend and co-creator, Robert Lupinek, and a whole lot of sleepless night, in 2009, I released Blasting Agent - my first, complete game.

It's been a long time. I've worked on and released other games. Had many false-starts with turning this whole thing into a career, and now, having more confidence, and the powerful HaxeFlixel at my disposal, I wanted to take a few steps back to my roots, so to speak, and rebuild this game to make it more like the game it was intended to be.

So, as we jump into the details, let me just say "thank you" to everyone who is taking the time to check out this game and give it a play. I appreciate your support.

What's going on here?
Blasting Agent: Ultimate Edition is basically the same game as before, but better. The original game had a lot of limitations on what could be going on at one time, and framerates, and how big the game could be, so it only had 3 levels, and not quite as much polish and shiny effects as we wanted. It was also pretty much impossible to port it to anything, and it was relegated to being 'just' a flash game.

The Ultimate Edition solves many of these problems. Since it will be a native Windows application, it will run better, have better framerates, and not be quite as limited on size or shininess.

You can even play Fullscreen, with a Gamepad, if you want! Sweet!

I've also added 3 new levels to the game - each with their own new boss, and unlockables. Doubling the size of the game!

And I brought back Bunnymajs to do new tasty jams for the new levels, which, let me tell you right now: they are great!

If you've played the original game, you should enjoy the faithful, but improved versions of the 'old' content, and, there's new stuff for everyone.

Early Access? How long do I have to wait?
The good news is: this game is pretty much already finished!!. I'm putting a few finishing touches here and there on things for performance, minor bugs, and a few missing art and sound assets - and that's about it! This isn't a Crowdfunded project, or an Early Access game where you get to pay full-price for 10% of a game... The goal is to get this baby out sometime mid-December. Merry Festivus!

I want something NOW!
Okay, pal, cool your jets!

Make sure to check out the trailer video for some intense backstory. I'm working on a better trailer video, too, but, I'm way better a making games than videos - just saying.

You can check out the game over on http://axolstudio.itch.io/blasting-agent for... a lot of the same information that's here, but, it looks cooler!

Oh, and, remember those Tasty Bunnymajs Jams I mentioned earlier? Well, you can get them RIGHT NOW over on Bandcamp[axolstudio.bandcamp.com].

That should tide you over until next month...

I want to help make sure this game gets released and is successful!
Aw, thanks!

So, this game is going to be released, no matter what happens here on Steam Greenlight. However, getting it on Greenlight would be a HUGE help both for getting it played by people, and to get people to buy it. So, make sure you vote yes, and, tell your friends, and share the link, and do all that stuff to help get people to check it out!

Do the tweets, and the Facebooks, and all the other stuff. It really does help when you help me get the word out.

Anything else?
Well, you can follow Axol Studio on Steam, and check out/follow us on Facebook[www.facebook.com] and Twitter.

For now, that's about it! I hope to talk to you all very soon with an update saying that the game has been Greenlit... fingers crossed!
Read More
Description
Release date: January 7th 2016
Trouble in Antarctica!

The Black Hand of Fate, an international Terrorist Group has constructed a secret base within the heart of a Volcano, and have built a massive army of bio-engineered soldiers and genetic monsters to take over the world! You are the only one that can put a stop to their dastardly plans. You are the Blasting Agent!

Featuring
What's New?
How to Play
System Requirements
About
Released in December, 2009 as a Flash game, the original Blasting Agent was one of the first games made with the first version of Flixel - an ActionScript 3 game framework. It was was praised by fans and won 3rd place in Newground's Flixel February contest in 2010.

Now, the game has been converted over to HaxeFlixel, a cross-platform, open source, free game development framework, retouched, tweaked, and cleaned up to create the definitive version of this classic game.

Made in St Louis, Missouri by Axol Studio
< >
28 Comments

Blurg Mar 10, 2016 @ 1:58pm
Really interesting. Voted positive! BTW, the volume automation of the music in the video is absolutely terrible... it goes in and out. Really annoying...

Blasting Agent: Ultimate Edition has been Greenlit and is now listed in the Steam store. For the latest information, purchase options, and discussions for Blasting Agent: Ultimate Edition, please see it on the Steam Store or in the Steam Community.
Visit Store Page
For more details Visit Community Hub
For latest discussions
If you really, really want to, you can continue to the Greenlight page. Information on this page may be out of date, since all the action has moved to the areas noted above.