Greenlight > Software > Sceelix's Workshop
Greenlight is being retired. For more information on how to submit games to steam, refer to this blog post.
This item has been removed from the community because it violates Steam Community & Content Guidelines. It is only visible to you. If you believe your item has been removed by mistake, please contact Steam Support.
This item is incompatible with Greenlight. Please see the instructions page for reasons why this item might not work within Greenlight.
Current visibility: Hidden
This item will only be visible to you, admins, and anyone marked as a creator.
Current visibility: Friends-only
This item will only be visible in searches to you, your friends, and admins.
Sceelix - Procedural engine
Description Discussions2 Announcements12 Comments82

Sceelix
Offline
See all 3 collections (some may be hidden)

We've finally been greenlit and it's all thanks to you guys!
Very much appreciated :D

Read More
Description
Release date: Beginning of September 2016
Create 3D Scenes and other elements with our procedural engine's unique node-based language and integrate your creations directly into your game engine. From 3D models and textures to game physics and behaviors, all can be automatically generated using visual creation rules.

Behold, Procedural Generation for the Masses!
Sceelix brings the power of procedural technologies to everyone. With these, it is possible to create everything (models, textures, sounds, game objects, etc.) automatically, rather than manually. All you have to do is define creation rules and parameters in our visual node-based language to create anything you set your mind to. 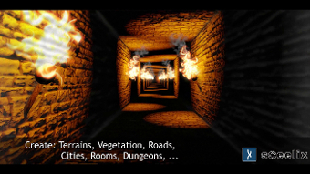 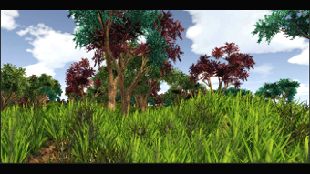 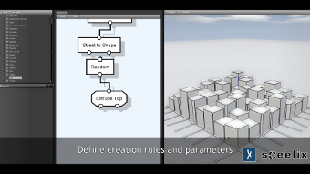 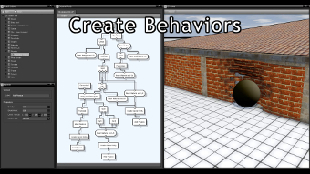 Why procedural?
Some advantages of procedural generation, among others, include:

Sceelix  [author] May 7, 2016 @ 9:20am
After many requests, we made a trial available for anyone interested :)
Download it at www.sceelix.com
Have a great weekend!

Reminder: We still have our 20% off launch deal with the promo code 'stsceelix20'. It will finish next weekend.

Thanks for the question [Daos]BLACK KNIGHT!

We've been on Early Access for quite a bit and we have great stats but for some reason we haven't gone though and don't know when we will. That being said, we decided to launch Early Access outside Steam.

Sceelix  [author] Mar 24, 2016 @ 8:06am
Thank you @Gaspode! We have quite a few nodes: simple and compound (compose of nodes). No available documentation yet. We are developing a node to help create LODs automatically but, for now, it needs to be dealt with manually. Much appreciated! :)
< >

Sceelix - Procedural engine has been Greenlit and is now listed in the Steam store. For the latest information, purchase options, and discussions for Sceelix - Procedural engine, please see it on the Steam Store or in the Steam Community.
Visit Store Page
For more details Visit Community Hub
For latest discussions
If you really, really want to, you can continue to the Greenlight page. Information on this page may be out of date, since all the action has moved to the areas noted above.