Store Page
Company of Heroes 2>  Workshop > Mitth'raw'nuruodo's Workshop
This item has been removed from the community because it violates Steam Community & Content Guidelines. It is only visible to you. If you believe your item has been removed by mistake, please contact Steam Support.
This item is incompatible with Company of Heroes 2. Please see the instructions page for reasons why this item might not work within Company of Heroes 2.
Current visibility: Hidden
This item will only be visible to you, admins, and anyone marked as a creator.
Current visibility: Friends-only
This item will only be visible in searches to you, your friends, and admins. 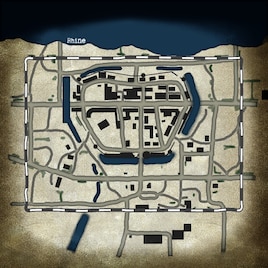 This item has been added to your Subscriptions. Some games will require you to relaunch them before the item will be downloaded.
In 1 collection by Mitth'raw'nuruodo
+++ Operation Heimatfront +++ The history of the 116. Panzer-Division

4 items
Description
NO REUPLOAD WITHOUT MY PERMISSION! Talk with me first. Thx!

Kranenburg is a small medieval village at the German-dutch boarder. After the failed German Ardennes Offensive the Allies prepared their armies for a new offensive against the Westwall with the target to eliminate German resistance on the left side of the river Rhine. At 7th February 1945 the British army started the Operation Veritable, the Battle of the Reichswald, to reach the river Rhine. Kranenburg was defended by the 84. Infantrie-Division and a Fallschirmjäger-Regiment. The Allies have to capture Kranenburg as fast as possible before the Rhine could flood the town or the German counter attack lead by the 116. Panzer-Division could materialize.

Historical map based on the town of Kranenburg. For 4 up to 6 players. Mixed urban and open combat terrain.

Please leave some feedback!
Please vote for the map!
Thank you very much for any comment or help.
(Note: I will delete spam or useless comments)

Watch my other CoH 2 maps here at the workshop!

The buildings could have a little less hp around points.