Store Page
Garry's Mod >  Workshop > JazzMcNade's Workshop
This item has been removed from the community because it violates Steam Community & Content Guidelines. It is only visible to you. If you believe your item has been removed by mistake, please contact Steam Support.
This item is incompatible with Garry's Mod. Please see the instructions page for reasons why this item might not work within Garry's Mod.
Current visibility: Hidden
This item will only be visible to you, admins, and anyone marked as a creator.
Current visibility: Friends-only
This item will only be visible in searches to you, your friends, and admins. 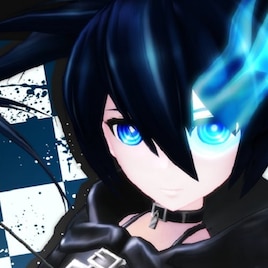 This item has been added to your Subscriptions. Some games will require you to relaunch them before the item will be downloaded.
In 1 collection by JazzMcNade
Digitrevx's Black Rock Shooter Playermodels

Features:
-npc and and playermodel
-Jigglebones for her hair, coat, and bikini string
-Optional bodygroups including coat, hood, eyeflame (not animated), and shorts/bikini
-Firstperson arms
-faceposing
-eye posing via faceposing

Known issues:
-weapon holding is offset by about an inch or two
-bikini bottom does not flex particularly well
-lower half of the coat is kinda floaty on playermodels

She's got accurate hit boxes so she's ready to go for TTT and other competitive game modes. The NPC is listed under BRS Series.

UPDATE 11/7/2015: The ragdoll now has its own proper physics model for body/hair (no coat physics yet). You can view a visualization of the physics model here.

Her weapon props can be found here.

Aki Oct 23, 2021 @ 8:40pm
Guess what? She's making a comeback after 10 years...Black Rock Shooter: Dawnfall, a new manga is out, animation is in the works atm but details are strict, basically it's going to be epic!