Greenlight > Games > Mýa | BL4CKPEARL.COM's Workshop
Greenlight is being retired. For more information on how to submit games to steam, refer to this blog post.
This item has been removed from the community because it violates Steam Community & Content Guidelines. It is only visible to you. If you believe your item has been removed by mistake, please contact Steam Support.
This item is incompatible with Greenlight. Please see the instructions page for reasons why this item might not work within Greenlight.
Current visibility: Hidden
This item will only be visible to you, admins, and anyone marked as a creator.
Current visibility: Friends-only
This item will only be visible in searches to you, your friends, and admins.
Downfall of the State
Description Discussions8 Announcements10 Comments326 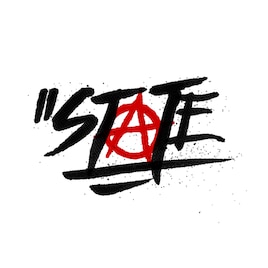 Hello guys.
It is with sadness that we must inform everyone that we were not able to reach our goal for the Kickstarter. But do not fret! Around next month we will be releasing a new campaign with more in game footage, images, and perks! We are super excited to be releasing this new campaign, but in the mean time, we will be working on progressing the game's state.

We would like to personally thank everyone that has supported the game so far. We would not be here without you, and we are excited for the game's future.

We also wish to announce that we now have a Steam Community Group and a Twitter.
Both of these platforms will help us reach out to our communty with announcements, events, and most importantly: feedback. Please feel free to check them out!

Thank you guys so much for the support, and we look forward to the future of our game!

Read More
Description
Release date: August 2017
We are going to be launching an Indiegogo campaign very soon as well as a free demo on Steam! Follow our progress over at https://www.downfallofthestate.com and consider pre-ordering one of the Indiegogo perks to help fund our development.

Overview : A Soldier's Untold Story
Forge a new path for a faction of your choice as one of several elite soldiers during the End War—a conflict spanning three continents involving the two military superpowers of the world: the United Expeditionary Force (U.E.F.) and the Imperial Combined Arms (I.C.A.).

Players will encounter a plethora of microcosmic tactical decisions whilst traversing the breathtaking environments and an equally challenging number of high-impact factional decisions.

Elena
Elena is the featured elite soldier from the I.C.A., available as a protagonist in the free demo.

Elena grew up in Armenia. Her father was a Podpolkovnik (sub-colonel) in the Soviet army, and her mother a reservist officer. She trained her entire life to become a soldier, and joined the ranks of the Imperial Combined Arms during a time of relative peace.

Determined to make a name for herself and following the threats to her homeland, Elena was thrust into a leadership position of an elite I.C.A. squadron.

Elena is initially equipped with a moderate level of armour, giving her a balance between agility and resilience. She has a preference for carbine and assault rifles, hence her primary firearm being an SG552. Her passive trait is known as 'The Liberator', granting her bonuses to liberation operations.

Tailor her abilities and equipment over the course of her campaigns with Downfall of the State's in-depth progression system. The path to victory is yours to decide.

Elena isn't the only character available of course, you can choose from a range of several different soldiers, each with unique backstories, load-outs, abilities and campaigns. The second available protagonist in the free demo is Mikhail, a Russian war-hardened veteran with a much more 'tanky' load-out and a morale-boosting trait making him ideal for rapid-assault campaigns.

The Battlefield
Downfall of the State's campaigns span from North Africa to South-East Asia. The places of interest are a mixture of authentic recreations of actual locations and fictional locations masterfully crafted to enhance the experience. In order to traverse the landscape you will have access to a range of faction-locked vehicles.

Factions
Initially you will be selecting from one of the mega-factions—the Imperial Combined Arms and the United Expeditionary Force. Regardless of the faction you initially opt to follow, you will encounter several other factions over the course of a campaign, granting opportunities for diplomacy, alliances, trading and skirmishes.

Many factions will aid you and fight alongside you. In some instances you will even be able to access an otherwise inaccessible arsenal of weapons. However, it wouldn't be a conflict if there weren't hostile factions...

Combat
Generally speaking, the more 'realistic' a game becomes, the more clunky it seems to become. We want to completely break this trend by introducing a fluid, intuitive and responsive combat system to this hyper-realistic game.

Each weapon can be customised on-the-fly, in the heat of battle without unnecessarily complicated key binds. This could be useful for folding a fore-grip to increase hip fire accuracy, or perhaps removing the fore-grip entirely for an alternate situation. It could also be used to modify the magnification of a hybrid sight or even fold the stock of a weapon if agility is more crucial in a given scenario. Each weapon also has dynamic performance statistics based upon the currently enabled attachments and character's own experience levels.

The other key component to combat, other than your own weapon, is the enemy. Most 'grunt' enemies can be neutralised with a couple of bullets (although so can you if you haven't put any emphasis on armour in your character's load out). The faction of the enemy, your notoriety, the status of the enemy faction, your faction's imperium, the location (e.g. enemy HQ or just an insignificant outpost?) and recent events (e.g. in a recent story mission) will all affect the strength of an enemy and their load-out. This leads to a much more dynamic and believable experience where the world is actually reacting to you. Every action taken is actually making a difference.

Adrenaline mode will become available depending on how suppressed by enemy fire your character has become and your character's stats. This mode will ever so slightly slow down the perception of time and will make enemies stand out more from the background granting a morsel of aid since the stakes are high in this hardcore game.

Obviously, text is a poor substitute for actually playing it—download the playable prototype right now and try it out for yourself!

Imperium
The main statistic of progress within the game is your faction's total Imperium or in other words, how strong your faction is and how much power it has over a certain area.

In order to boost your faction's Imperium you can perform a range of actions:

Each region will be assigned an Imperium Tier depending on the amount of Imperium over that particular region. Each tier will grant access to rewards such as additional resources, missions, resource rewards (e.g. revealing of hidden armouries) and manpower rewards (e.g. ability to levy troops from the local populace).

Whilst the stories and campaigns revolve more around the characters than the factions, the Imperium at certain points in a campaign will determine the difficulty, rewards and available missions/provinces.

Your Feedback
We'd love to hear your thoughts regarding the free prototype. We're making this game for you, after all! We'll be taking all feedback into consideration so please, if you have a query or a suggestion, don't hesitate to contact us over on Steam or here on Indiegogo. Also, even though we've tried our best to document all of the game's features, we may have missed something; please contact us if you think we have or if you still have questions regarding the features of the game.
Popular Discussions View All (8)

Crulgius Sep 2, 2016 @ 3:37am
No problem just glad to see its still being developed. Also if have any plans for starting a new kickstarter in the some time in the feature you have my support.

Mýa | BL4CKPEARL.COM  [author] Sep 2, 2016 @ 3:28am
@Crulgius Hey there, the demo is still in the works! We apologise for not sending out follow up emails but you can keep up to date with progress over at our twitter page. We'll be sending out notifications prior to the keys being sent out so that you won't miss it. Thanks a lot for your interest!

Crulgius Sep 2, 2016 @ 2:57am
Hi, I was just wondering is the demo still be working or has beta keys been send out yet? Because about a month or two ago I receive an email to sign up for it, but have not heard anything since then.